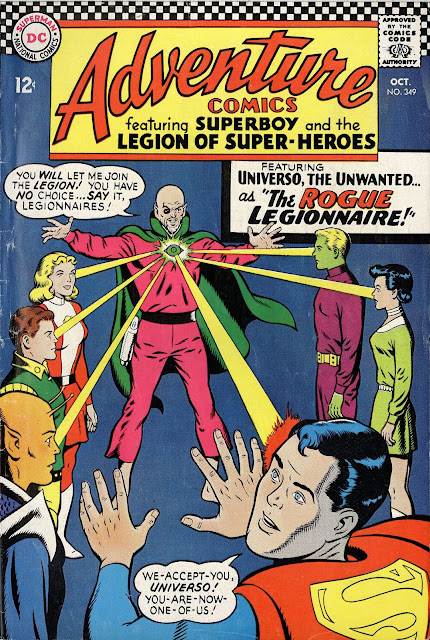 Jim Shooter introduces Universo and his son Rond Vidar, both of whom will loom large in Legion lore going forward. You'd be forgiven for thinking you accidentally picked up an issue of BATMAN, though, as the issue opens with an ad for the brand new, rushed out BATMAN movie, has an ad for the brand new BATMAN comic strip in the middle and ends with a gorgeous back cover BATMAN ad for Aurora models. 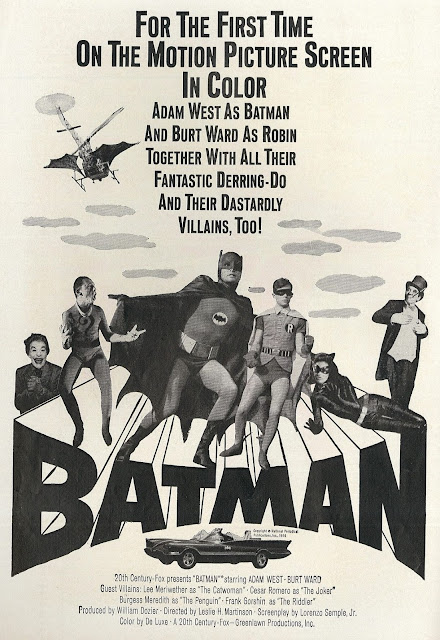 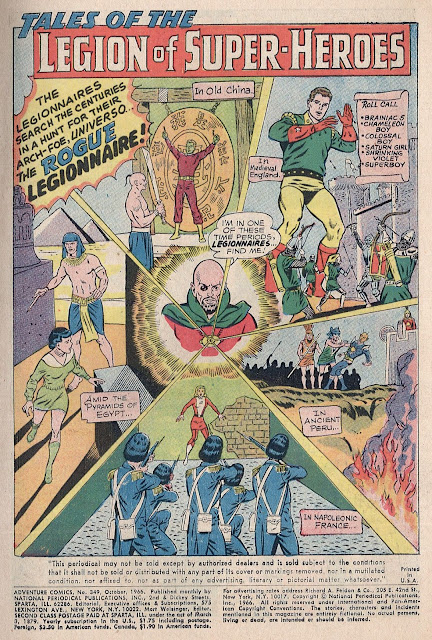 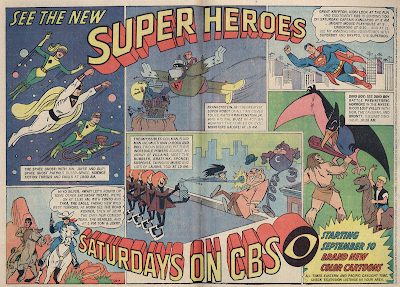 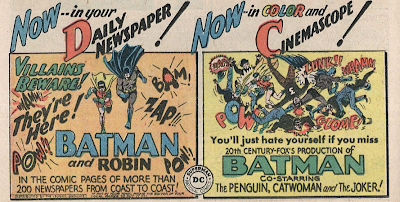 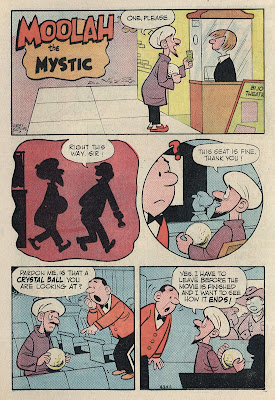 Irene Vartanoff here gives Weisinger an excuse to finally give credit, on his 4th issue, to Shooter as the new author. Note that he was said to be writing ONLY 4 issues, making this his final tryout. Following this is another two-parter but written by E. Nelson Bridwell, also a young newcomer to DC. 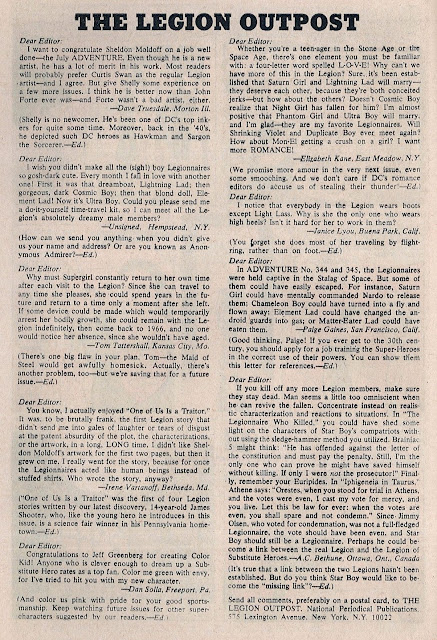 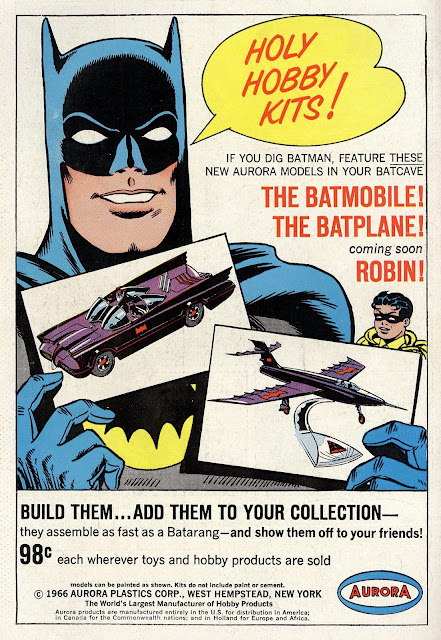