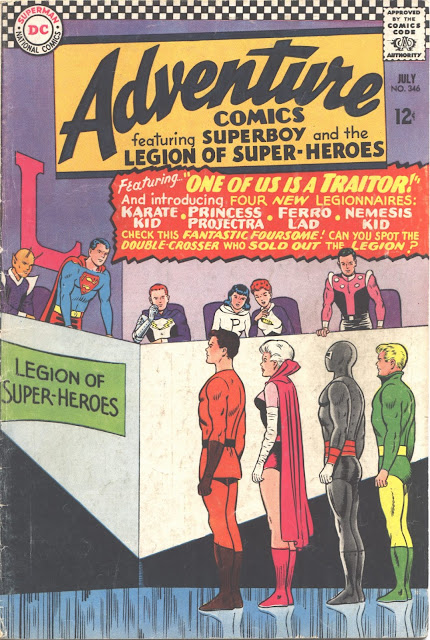 Looks like business as usual with a Swan cover and new Legionnaires but in actuality it all changes inside. According to legend, 14 year old Jim Shooter was a Marvel fan who liked the Legion and Superman but couldn't figure out why they weren't more like Marvel. So he wrote and drew his own stories and sent them to editor Mort Weisinger who eventually agreed to try him out. Sheldon Moldoff was brought in to adjust the lad's somewhat amateurish art to a professional level but his scripts, written in his perception of a Marvel style, went out pretty much as is. Shooter's first published work was this two-parter. 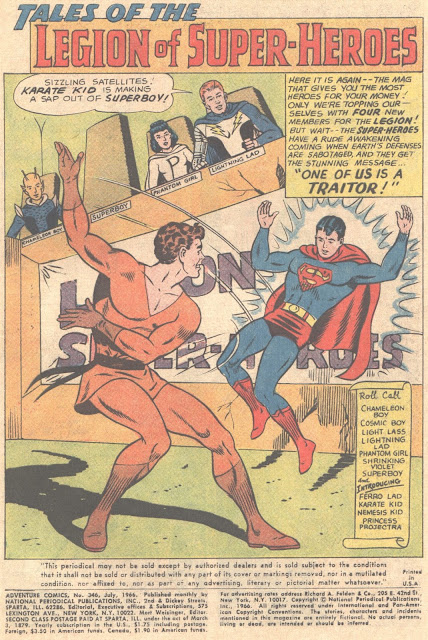 Jim created Princess Projectra who, with her white hair and big hairstyle always looked much older than her teens to me. 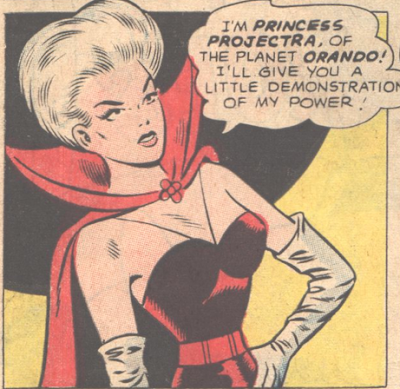 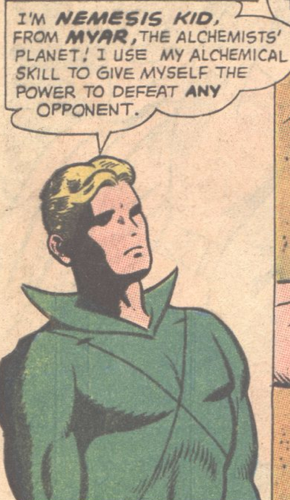 And Nemesis Kid, whose power was that he could duplicate anyone else's power. 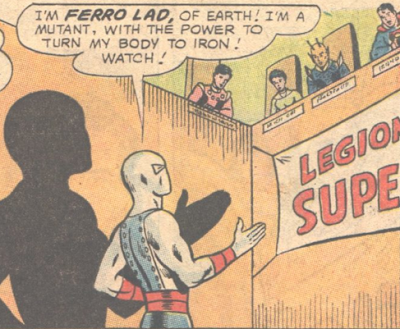 Ferro Lad, the first legitimate masked member, was apparently meant all along for an early sacrifice. Karate Kid, seemingly underpowered in this company, was set up as the traitor here so, of course, it was obvious it wasn't him!

Here's the legally required Statement of Ownership, Management and Circulation where one can see just how many copies were selling! 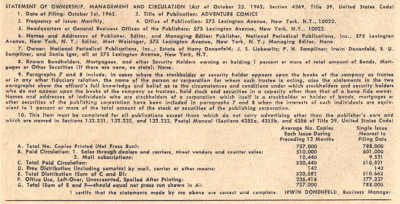 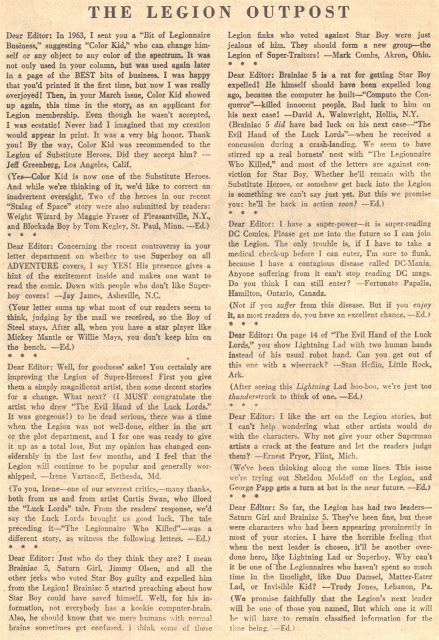 And here's the only time all four of Shooter's new Legion members would be listed. Note also the Riddler advertising a completely Batman-less comic book in a brazen tie-in to the TV show's amazing popularity. 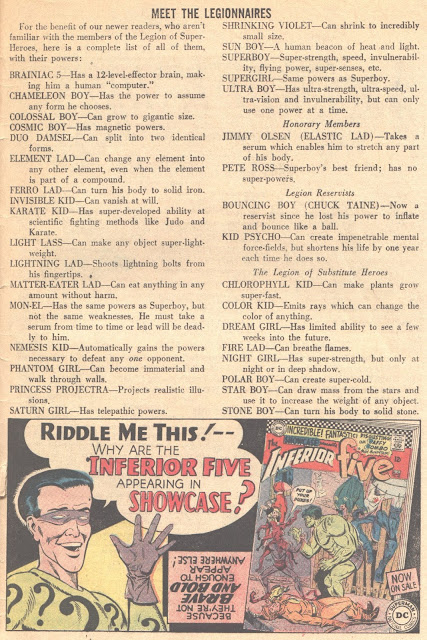