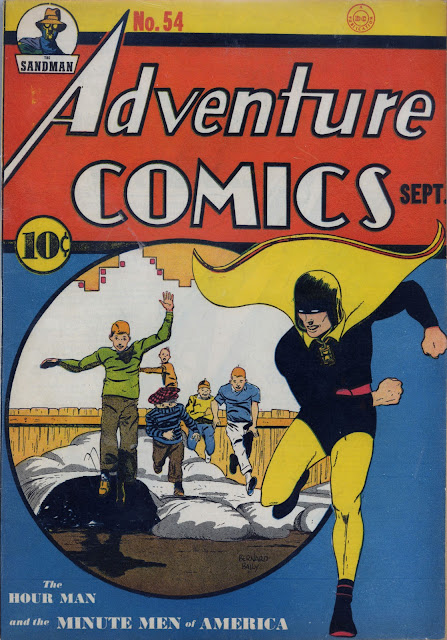 Simon and Kirby often get the credit for introducing the so-called "kid gang" to comic books but, as you can see here, there's a kid gang, and S&K were still about six months away from even debuting CAPTAIN AMERICA at Marvel. Maybe the Minute Men of America weren't the most standardized kid gang ever but it definitely amounted to a prototype. And after the previous issue's debut appearance, they were certainly played up in this one. 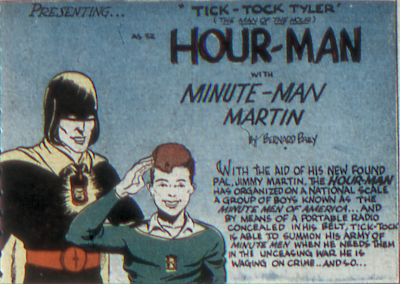 The Man of the Hour's super-strength and agility come as the result of Tick Tock Tyler's invention of the Miraclo pill. Throughout the series there are a number of panels of him taking or pining for his pill that look more than a tad uncomfortable in the wake of the years of drug abuse. In the more "relevant" era of comics that would follow, I believe it was Roy Thomas who did retcon in an addiction for our hero. 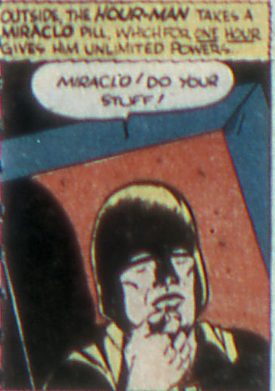 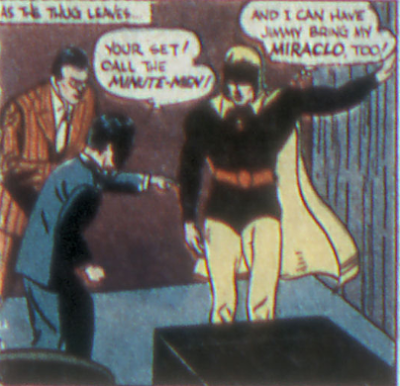 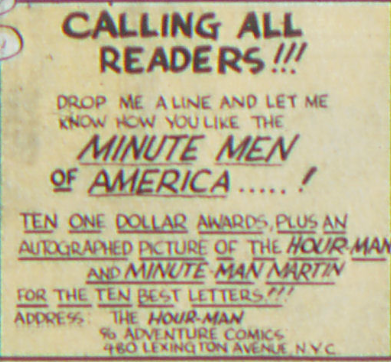 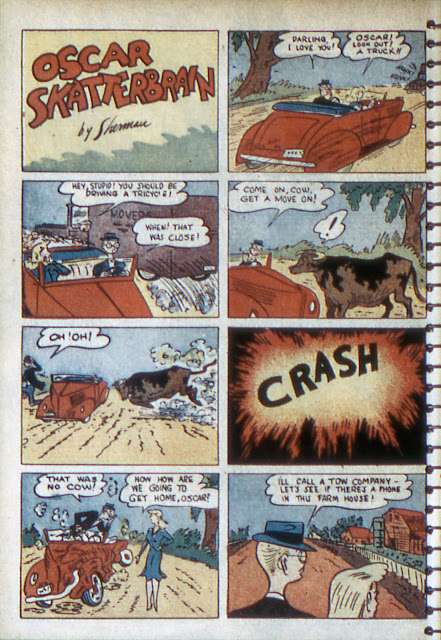 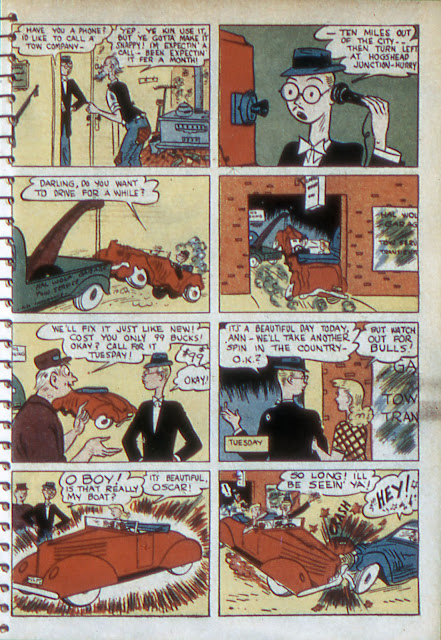 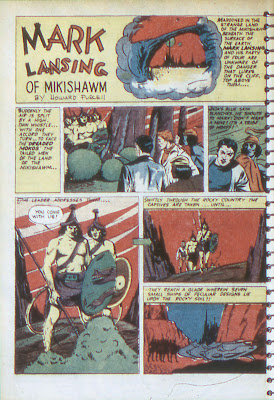 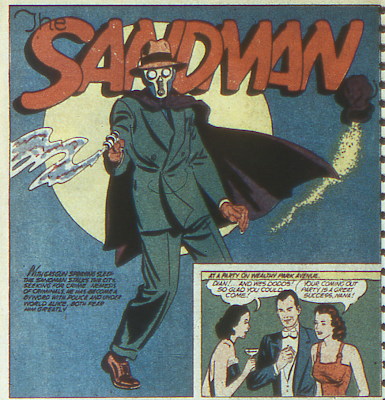 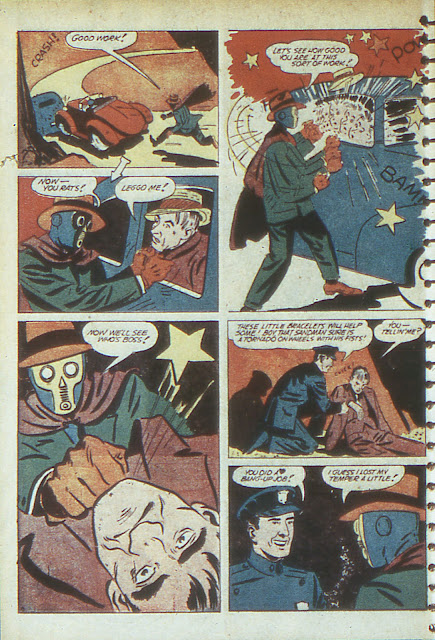