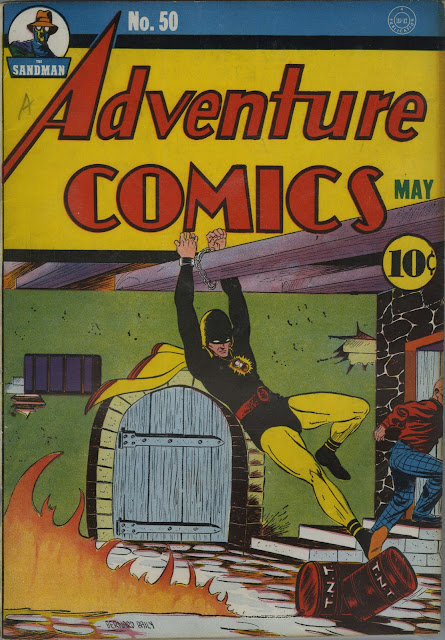 Okay, the superheroes are back on the cover beginning with this Bernard Baily Hourman illustration and they will stay there until the mid-seventies. 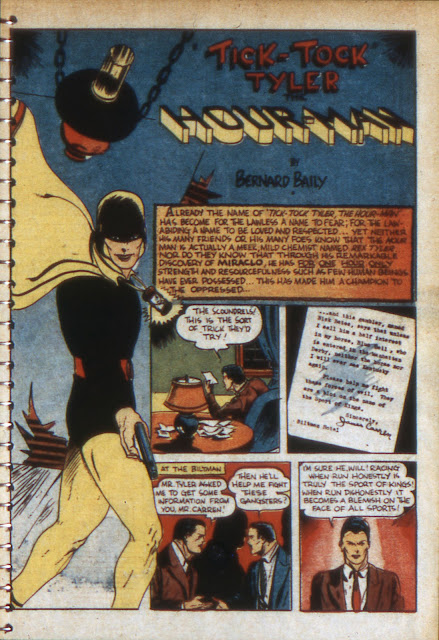 The Fu Manchu clones continue on in some of the other stories, presaging America's growing fears of Asians in general as World War II approaches.

Although only cover-featured intermittently during this period and no longer the book's lead-off story, THE SANDMAN was, as evidenced by the continuing "Big Six" ad, still considered the headliner in ADVENTURE COMICS.

Interesting that the review here is of THE SCARLET PIMPERNEL, one of the closest things to a traditional superhero book one will find in "good" literature. 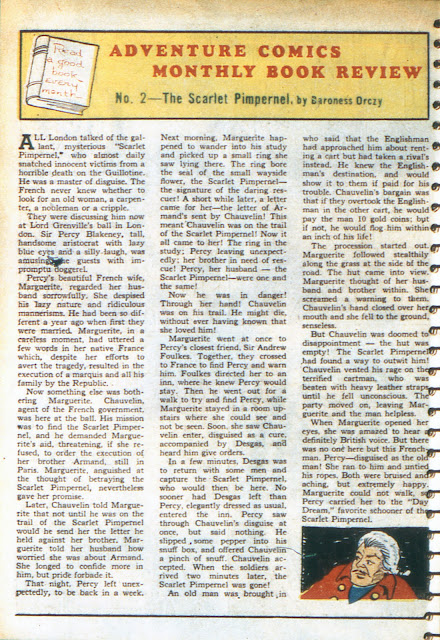 How popular was SUPERMAN just about two years after his debut? Popular enough that he was already on the air in his long-running radio serial starring Bud Collyer. 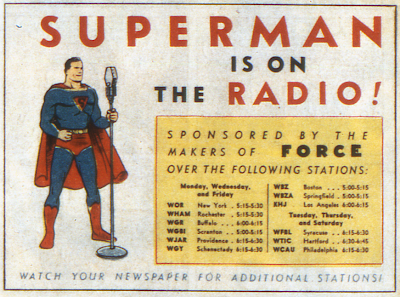 ADDENDUM: Check the comments. A reader pointed out that THE ADVENTURES OF SUPERMAN was sponsored by Kelloggs' PEP and wondered what FORCE was as seen in this ad. The same ad in the same month in ACTION COMICS shows H-O OATS as the sponsor. Were these regionally printed copies after all? 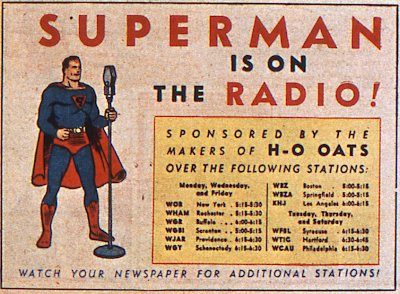