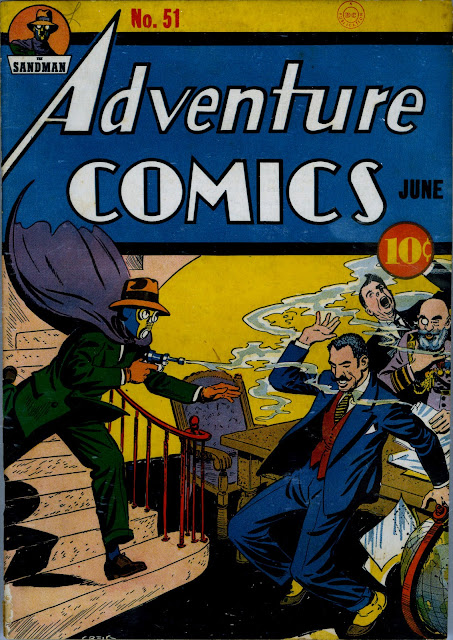 GCD questions whether this cover is but Creig Flessel or Chad Grothkopf but one can clearly see the top of Flessel's signature right at the bottom of the stairs. 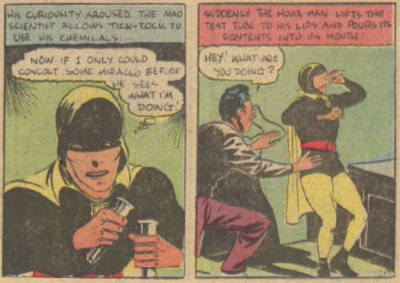 The villainous Fang Gow has something akin to realistic coloring for the first time this issue in BARRY O'NEILL. 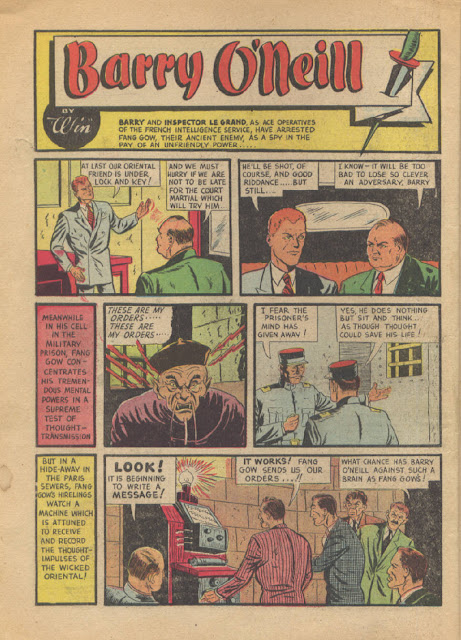 That did NOT carry over to STEVE CONRAD, ADVENTURER, however, as the Asian characters therein remained colored in a jaundiced yellow. 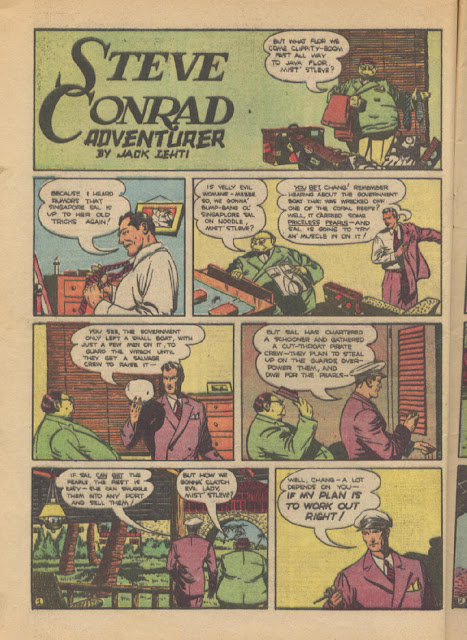 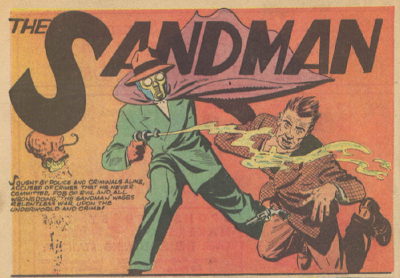 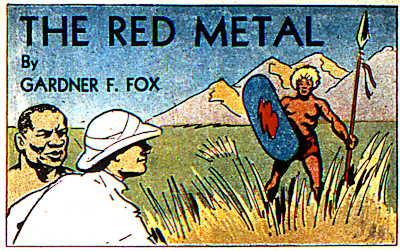 Note that the artist gets billing over writer Siegel for the first time in the now rather static FEDERAL MEN.

And Bob Kane has clearly gone from RUSTY & HIS PALS by this point, leaving it to an anonymous but rather amateurish replacement.