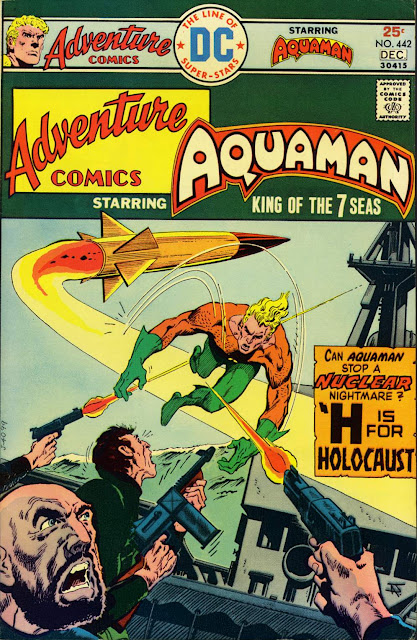 Both the cover and the splash seem a little generic this time out. 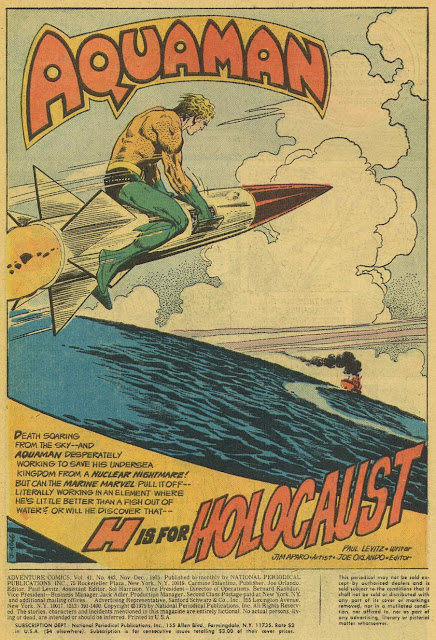 Nice plug for SPECTRE writer Michael Fleischer's ENCYCLOPEDIA OF GREAT COMIC BOOK HEROES. Interesting, though, to note that DC still didn't know what was going to replace the 7 SOLDIERS serial that was soon ending. 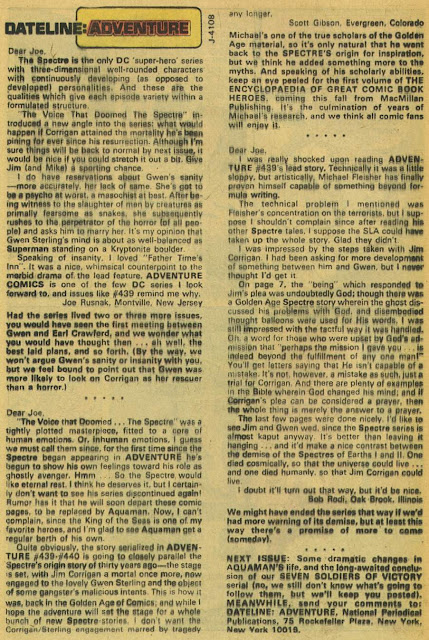 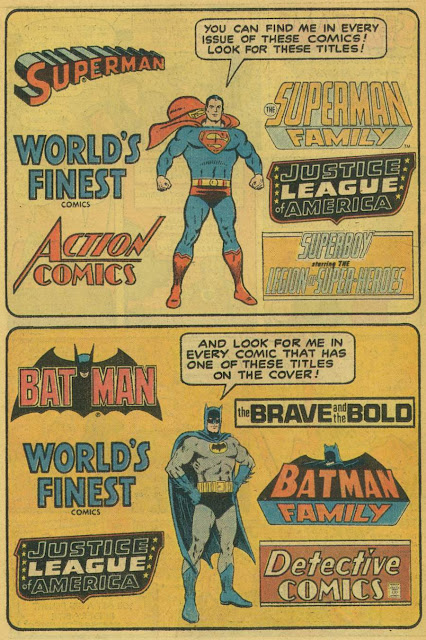 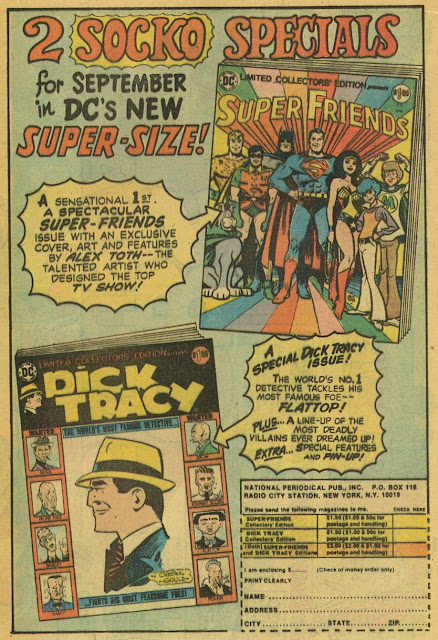 The ad below probably did more in the long run to help sales of comics than anything we had seen in recent years. TBG helped organize and stabilize fandom and dealers in ways that had never been possible before and would eventually run 40 years, just finally ending--as CBG--this year, 2013. 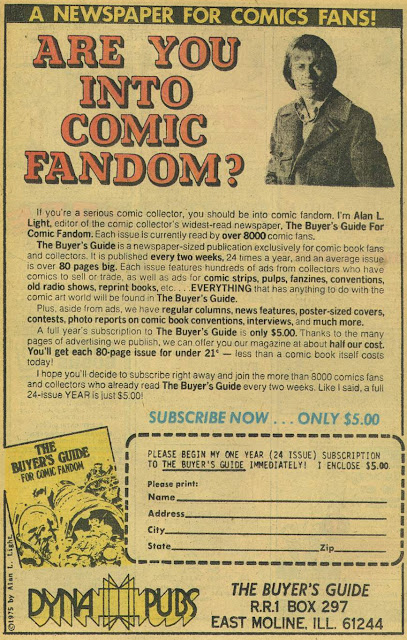 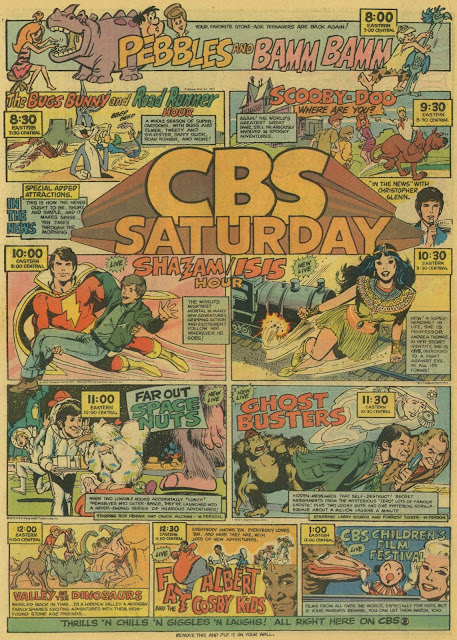 Vigilante returns but it's the Earth 2 version here, not the grim, gritty Gray Morrow version we saw not all that many issues back. Again, a most appropriate art team with Jose Luis Garcia Lopez inked by Mike Royer (whom I would meet in 2012). 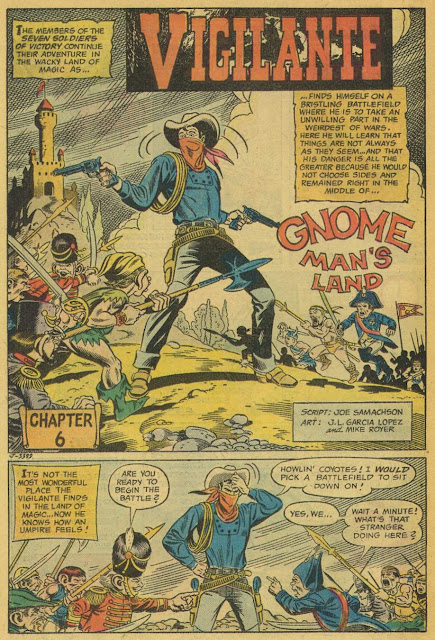 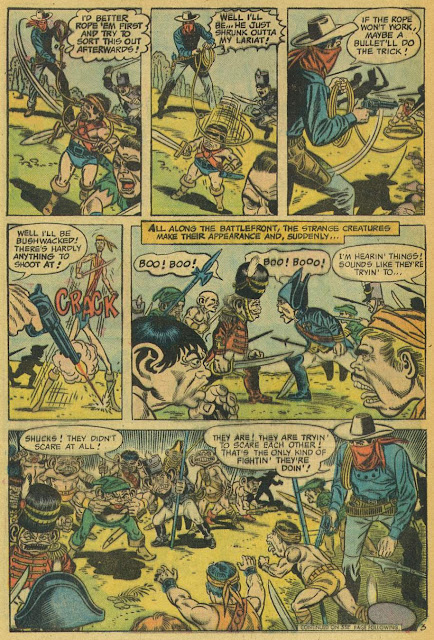 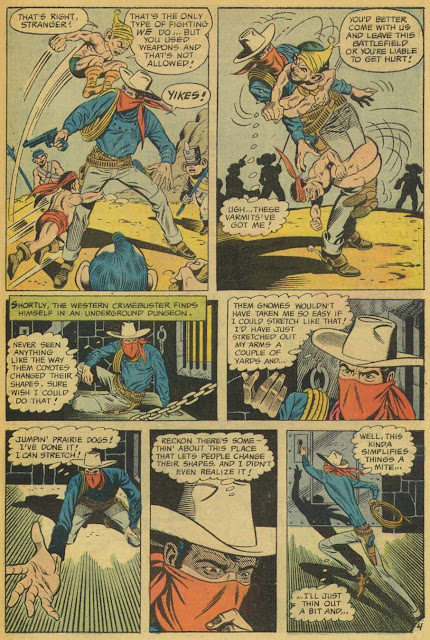 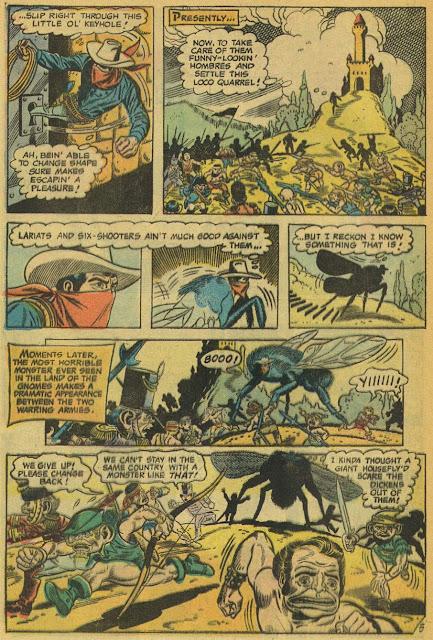 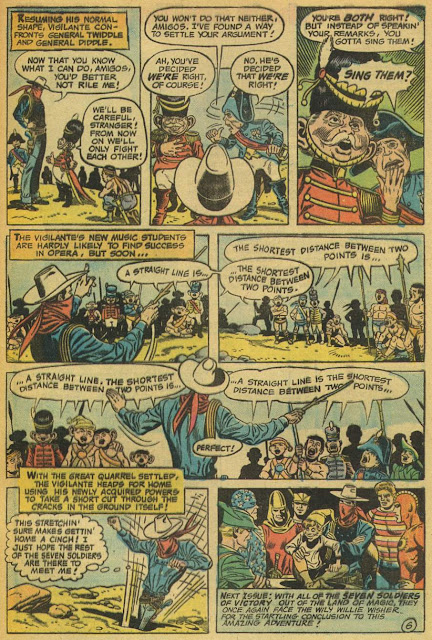 Below is the ad for the first ever collaboration between Marvel and DC...although it's actually just a Marvel product which, due to a rights dispute, had DC's logo added to it as well. Still, it opened the door that soon led to SUPERMAN VS SPIDER-MAN. 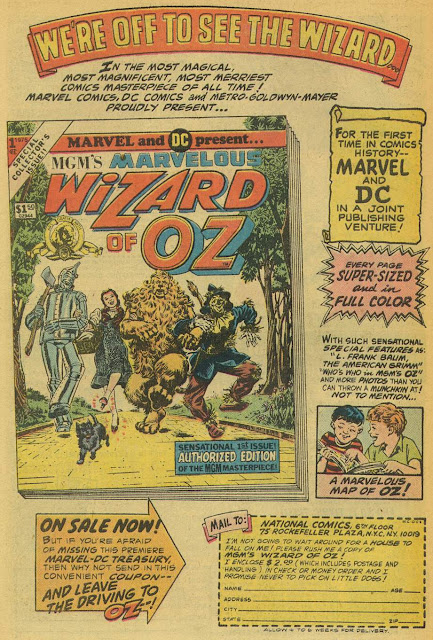