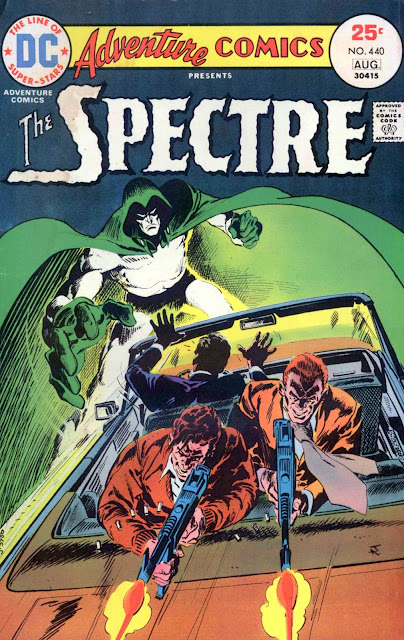 With little or no warning, we come to the last of The Spectre's ADVENTURE run. When the controversial series is reprinted a decade later on Baxter paper, there's one more story, probably intended for the following issue. But apparently the sales results came in on the three Aquaman issues and it was decided to make the Sea King, one of the longest running back-up features years ago, into the star of ADVENTURE COMICS! Starting next issue. 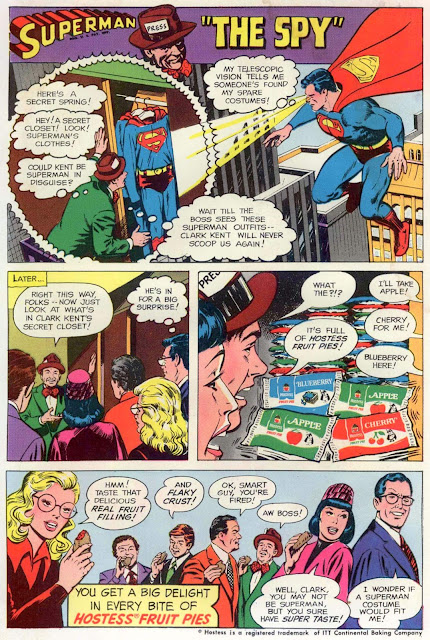 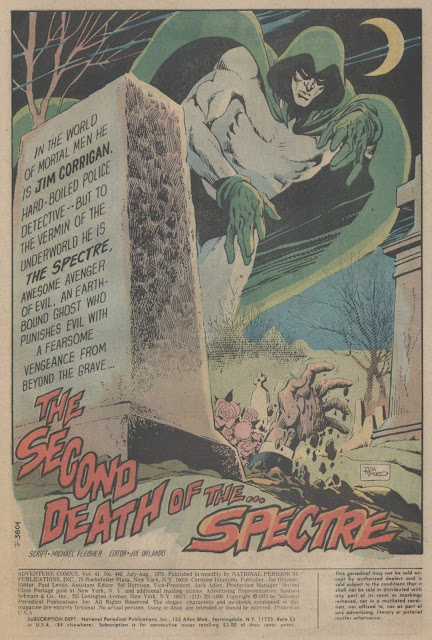 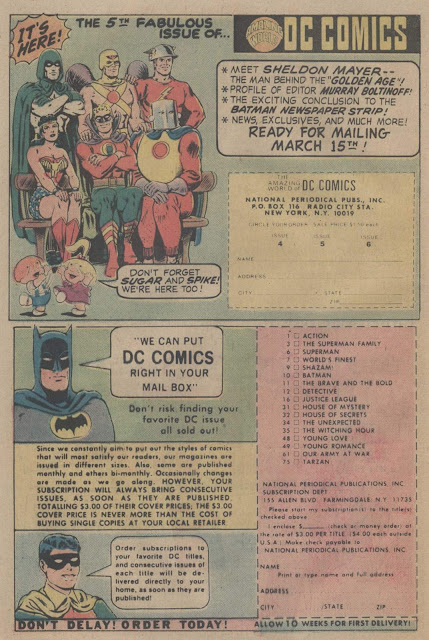 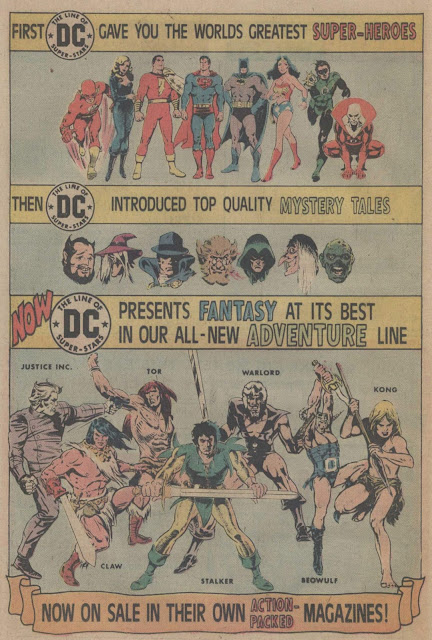 Iron Mike Grell draws The Crimson Avenger and Wing in a vaguely Adamsesque style and with Wing undoubtedly less stereotyped than he would have been had the script been drawn back in the forties as intended. 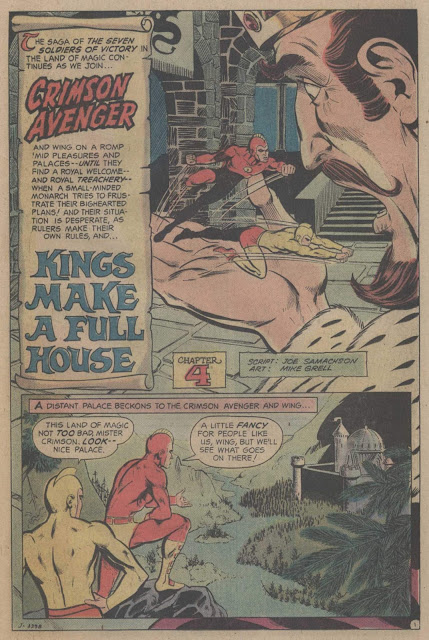 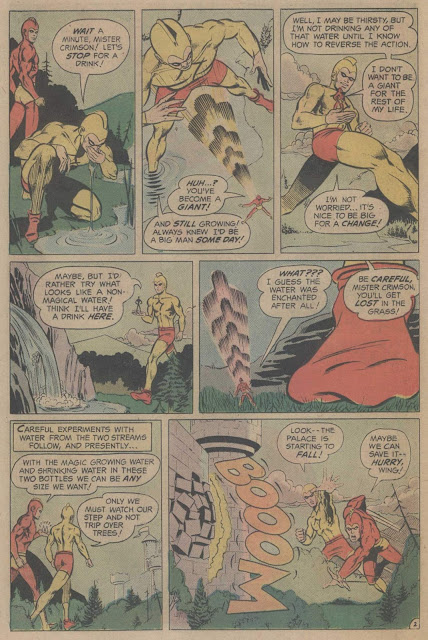 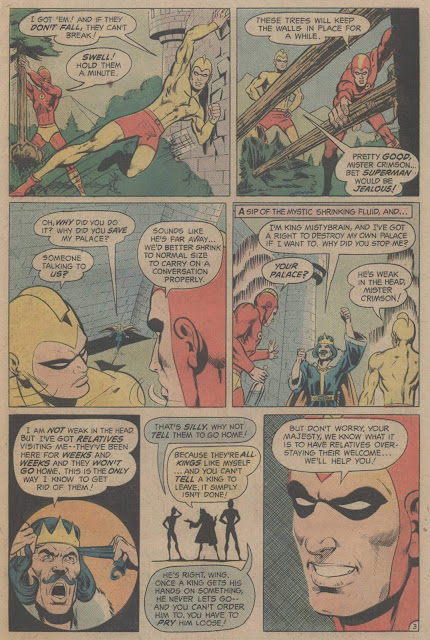 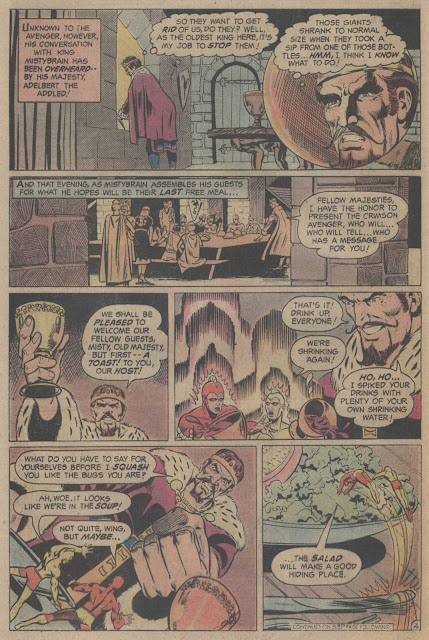 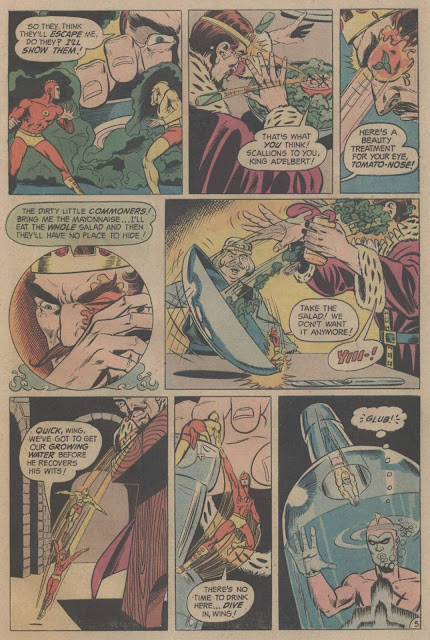 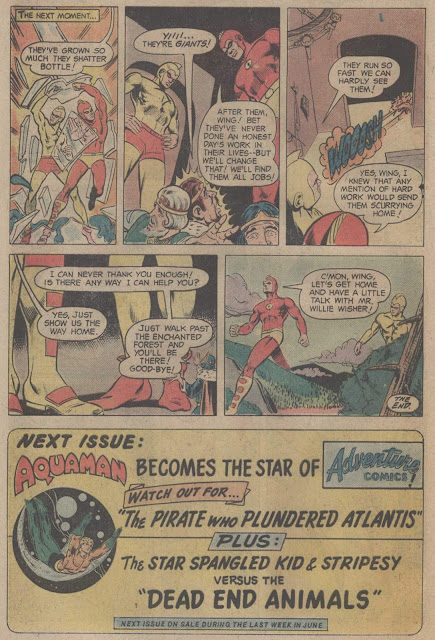 Another letter form Rodi this month but also one from Jo Duffy who would soon enough become an important comics professional herself. 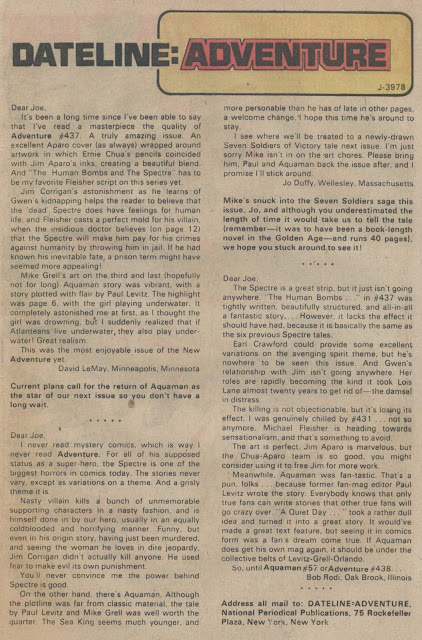