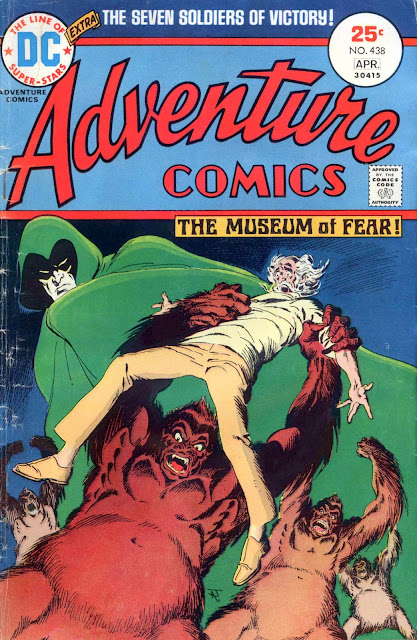 Sales must not have been as good as hoped since DC chose here to break out one of their trademark gorilla covers. Supposedly they always increased sales. 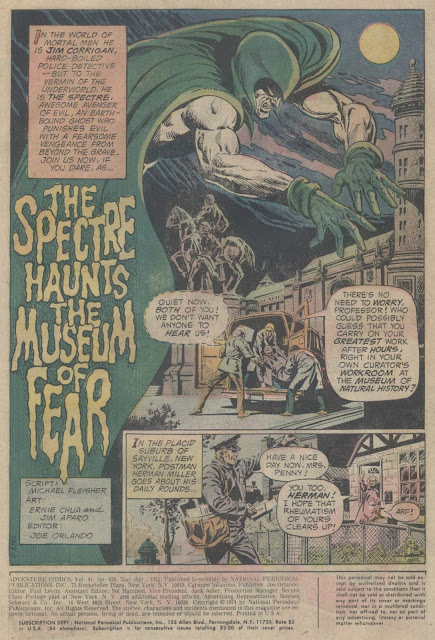 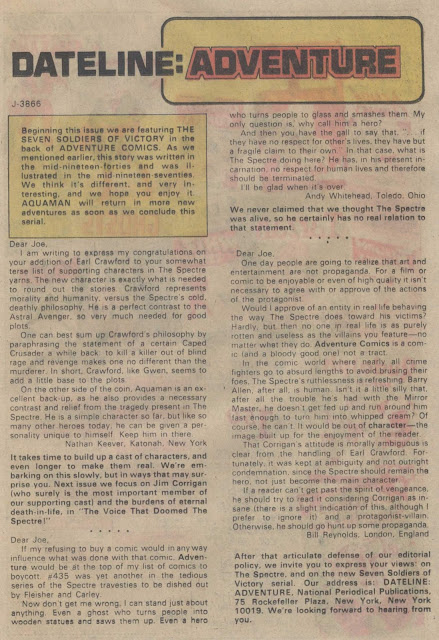 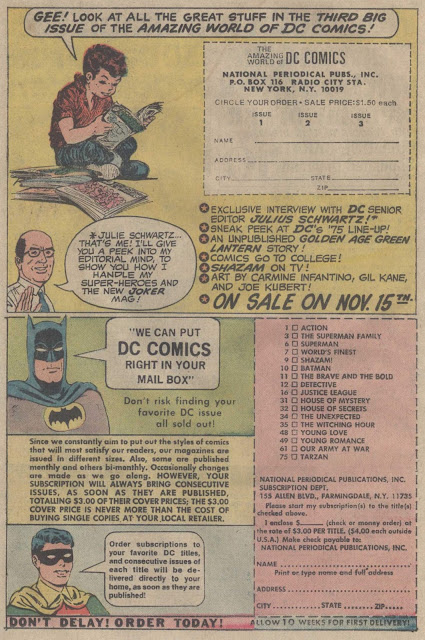 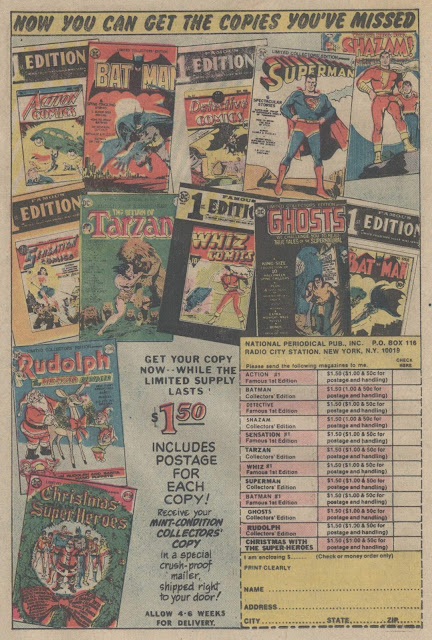 To those of us who had become second generation Golden Age fans, the Seven Soldiers of Victory story that followed was such a treat! Supposedly an undrawn and unpublished script was found in DC's files and it was decided to get today's creators to draw each individual chapter, spotlighting, as in the old days, one of the heroes (or two in some cases). The intro, seen here, was by Dick Dillin and gave the whole thing a JLA feel as he was and had been the artist on that title for some years. 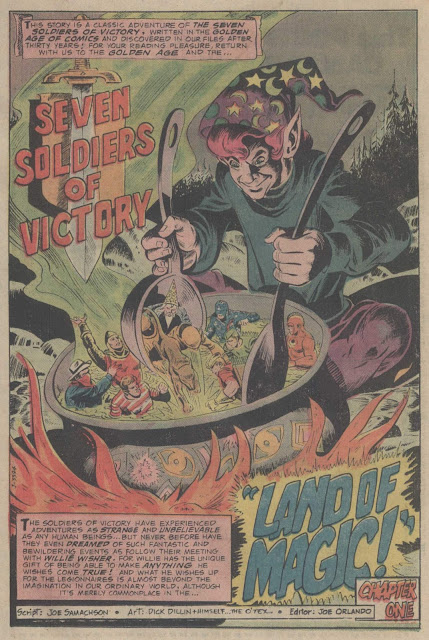 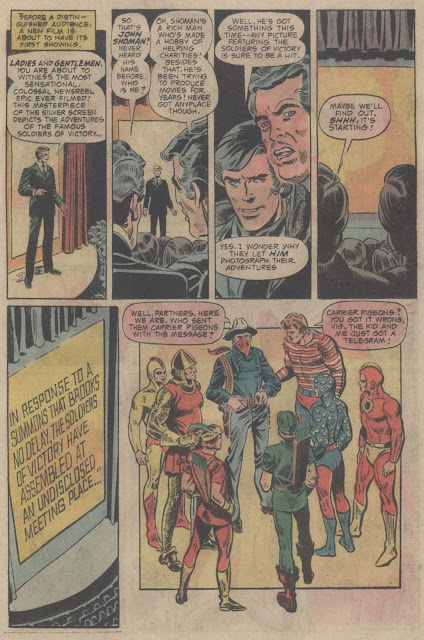 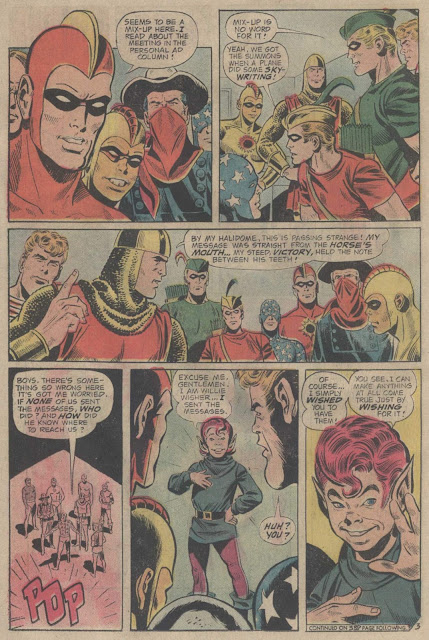 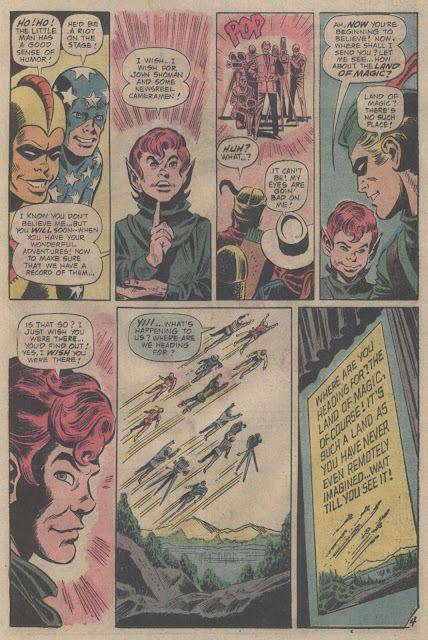 And so, for the first time in more than two decades, The Shining Knight returned to ADVENTURE! A young Howie Chaykin, already a bit of a fan favorite, chose to draw his chapter in homage to the by-then classic turns we reprinted long ago by Frank Frazetta! 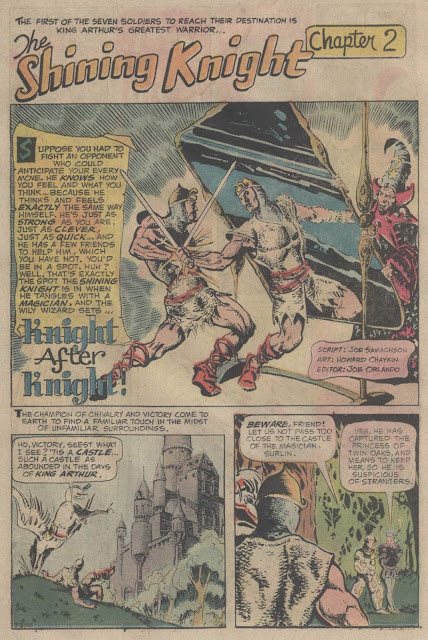 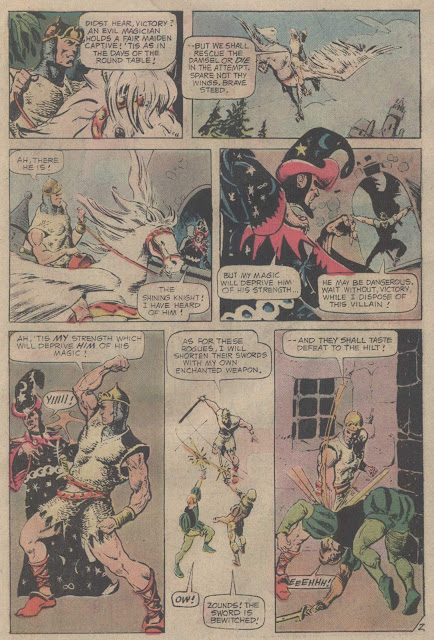 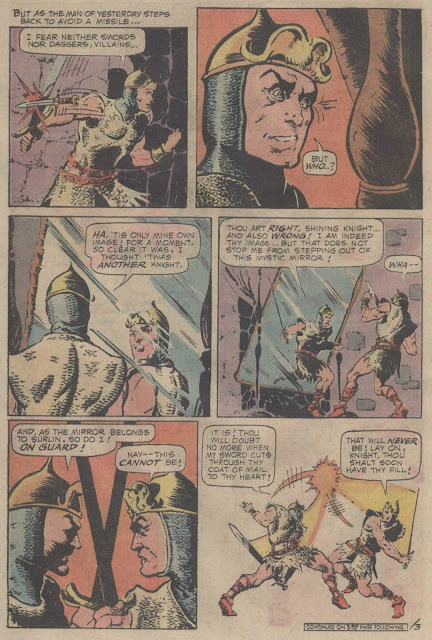 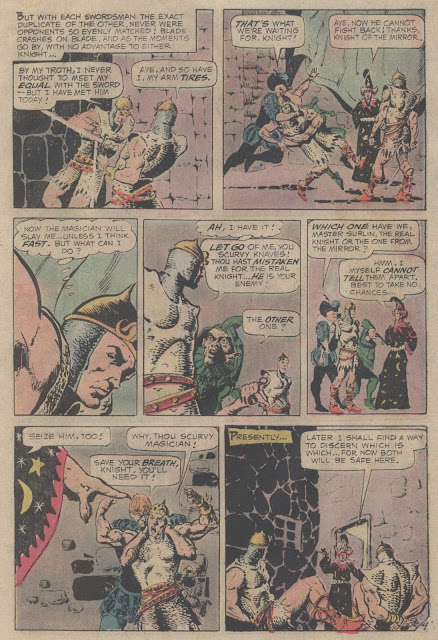 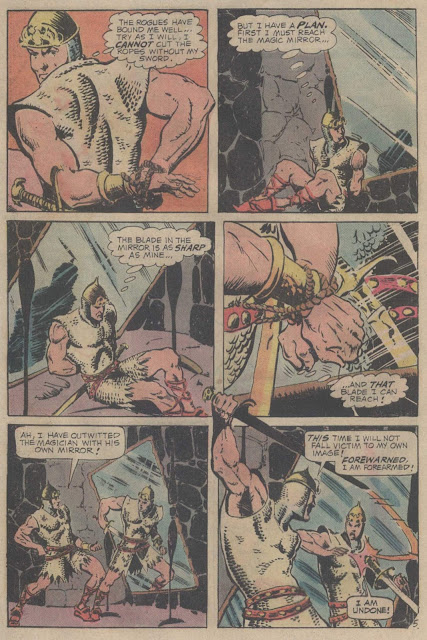 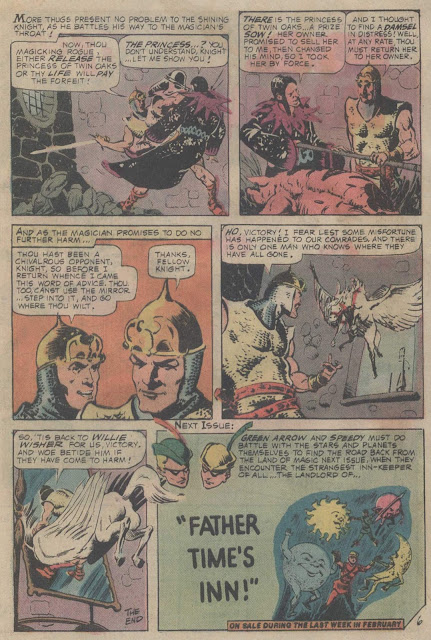