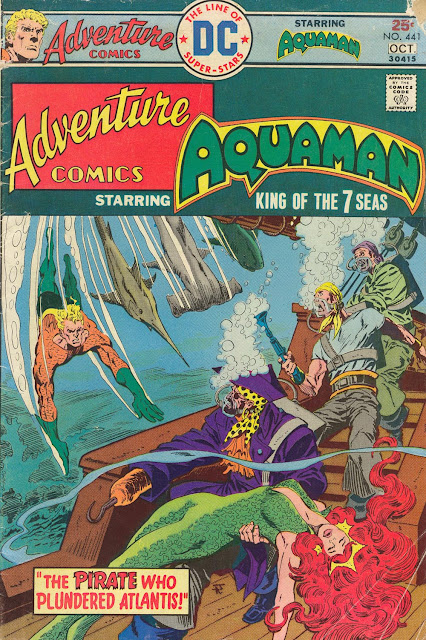 Here we are. After all this time, former ADVENTURE back-up character Aquaman becomes the regular cover feature for a while! As usual, the nifty retro-backup here--a selling point to myself and many others-- starring the 7 SOLDIERS OF VICTORY doesn't get any mention at all. 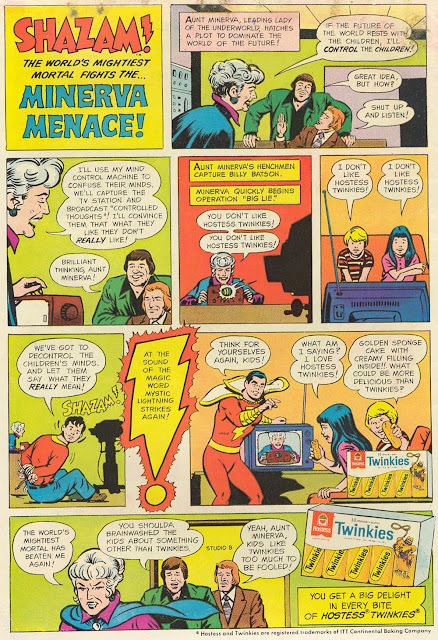 The previous brief Aquaman run was written by his former writer Steve Skeates but former artist Aparo was busy doing Spectre. Now that that was out of the way, Jim returned to the Sea King but Skeates was nowhere to be found. 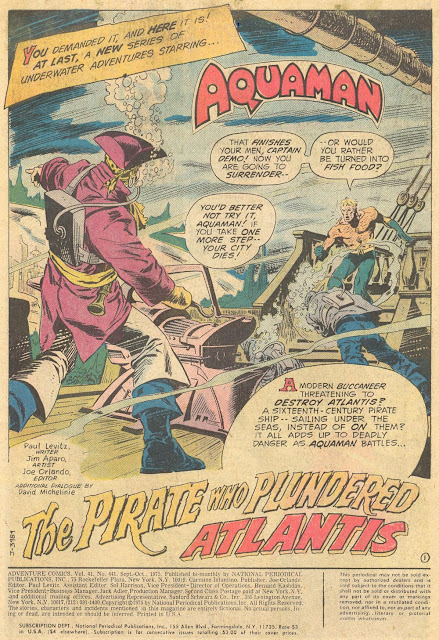 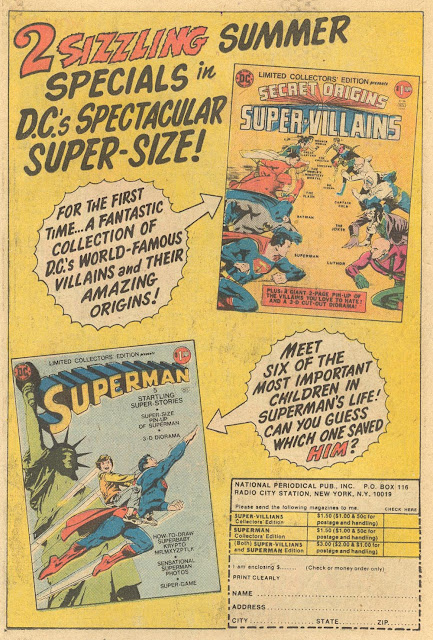 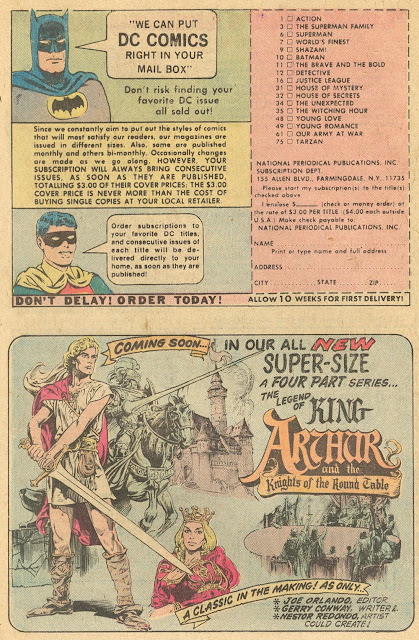 By the way, I've just found out that the upcoming, May 2013 issue of Twomorrows BACK ISSUE magazine features an article on how this retro 7 Solders series came to be. 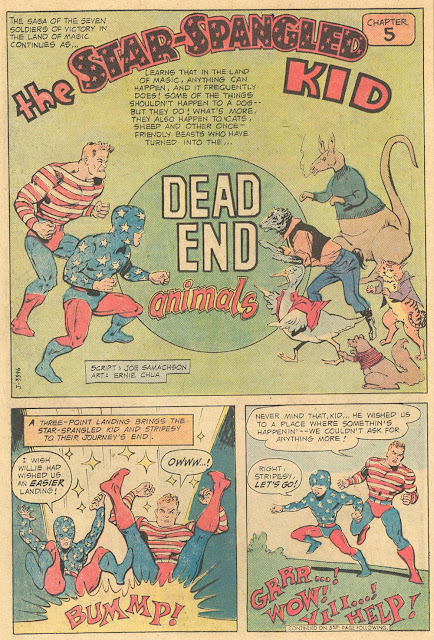 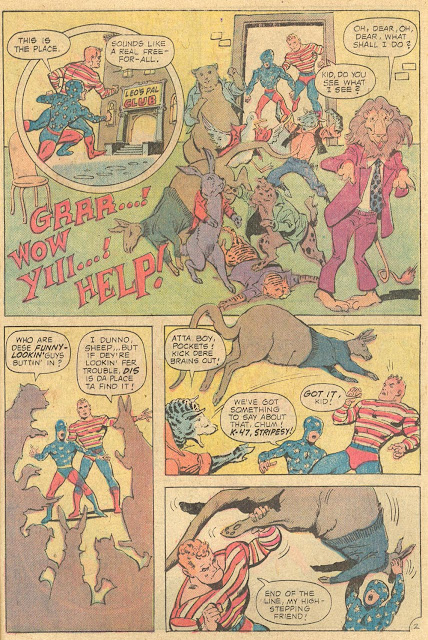 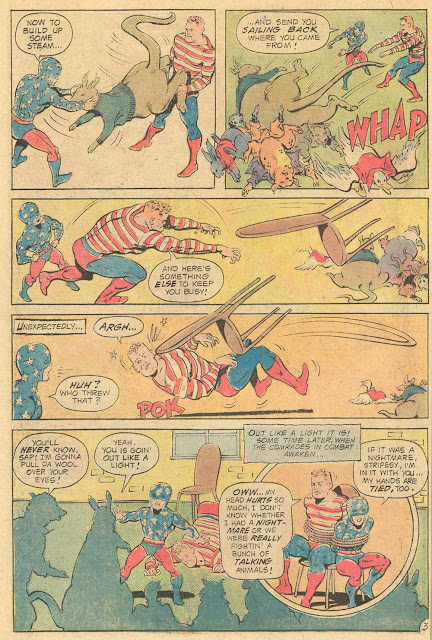 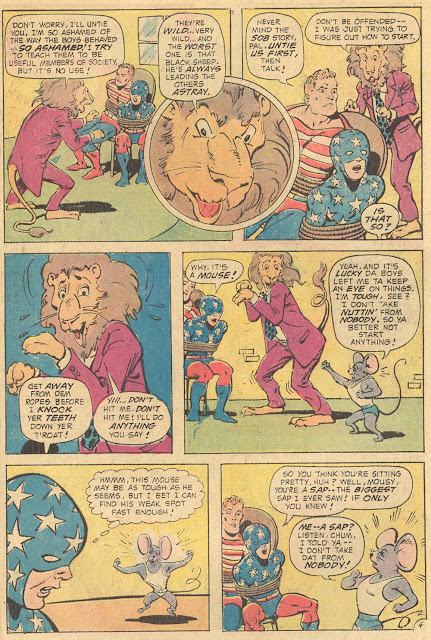 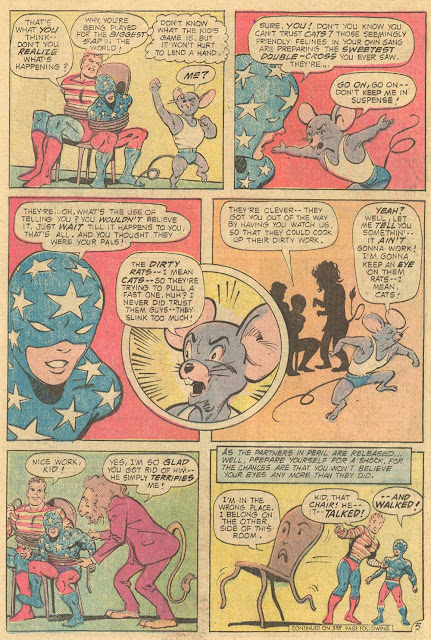 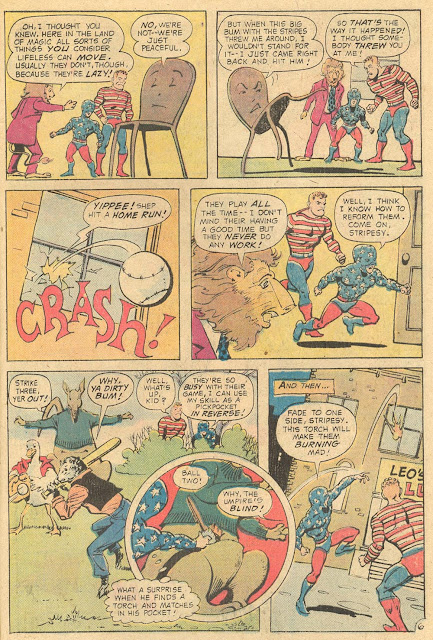 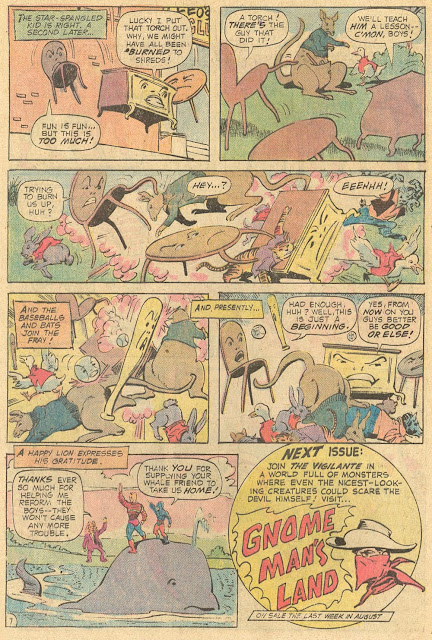 The coolest thing about this short-lived MANBAT series was getting to see Steve Ditko's version of Batman! 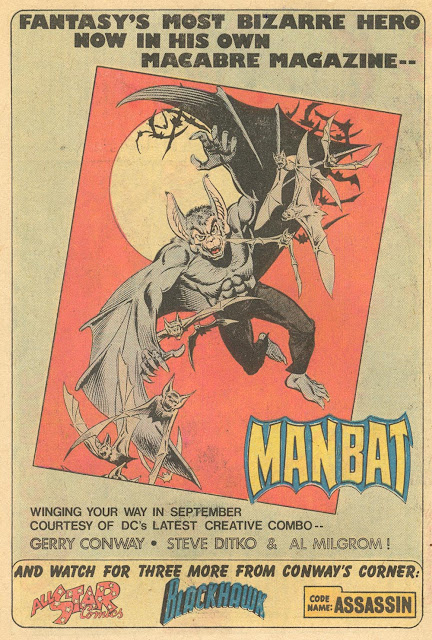 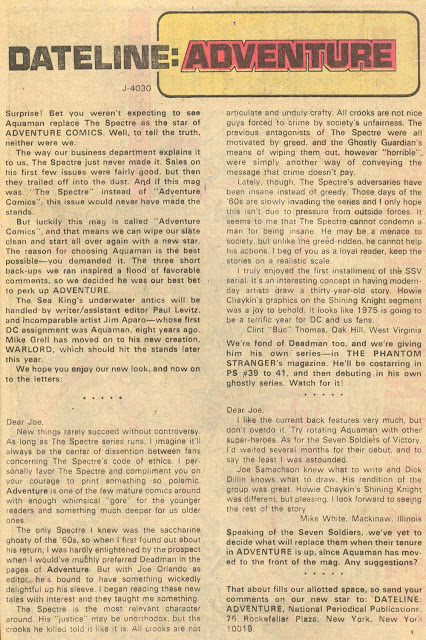