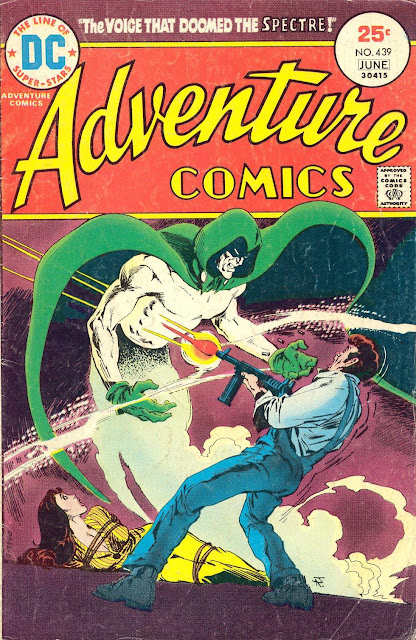 Aparo is back to solo art this ish but the highlight is the 7 Soldiers of Victory chapter that returns not only Green Arrow and Speedy to the pages of ADVENTURE after about two decades but also the great Lee Elias on their art chores! 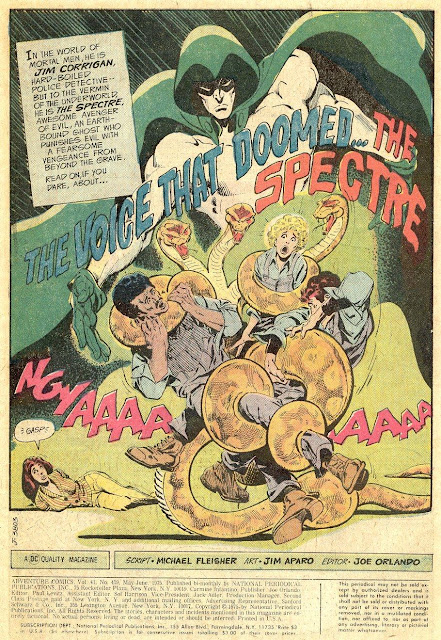 The Batman and Robin page below was actually from the inside front cover, part of a memorable Hostess campaign of the seventies that crossed all company boundaries. The scores and scores of strip ads for cupcakes and Twinkies featured silly writing but some goof art such as that by Dick Giordano seen here. 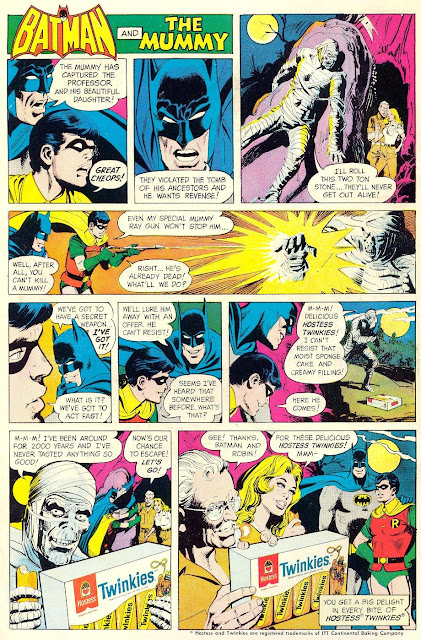 As seen by this ad, this was NOT the most creative period for DC. 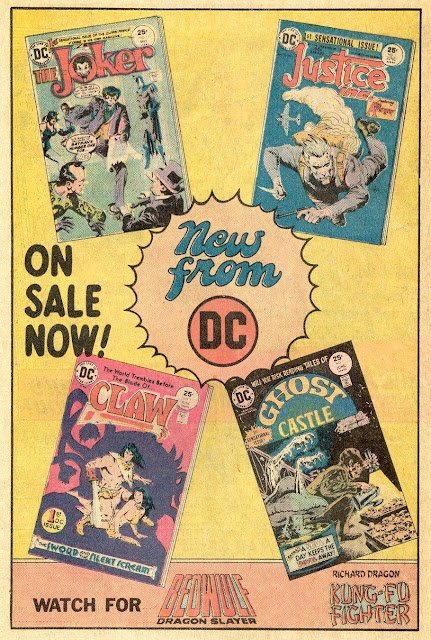 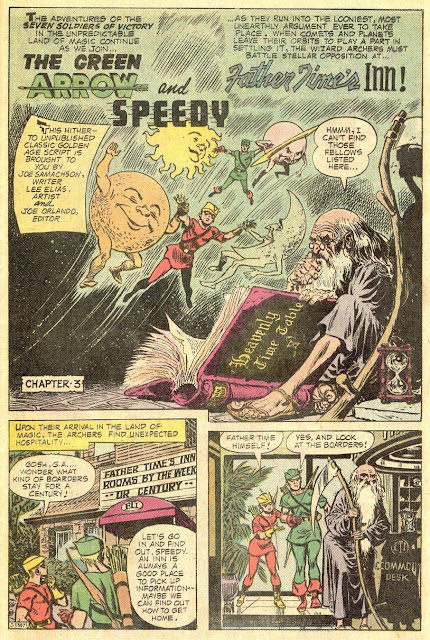 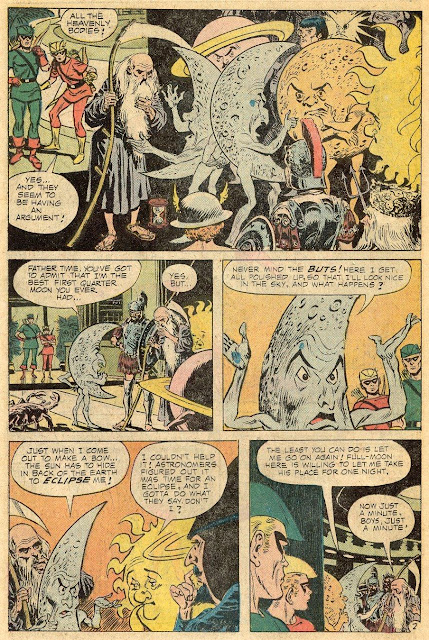 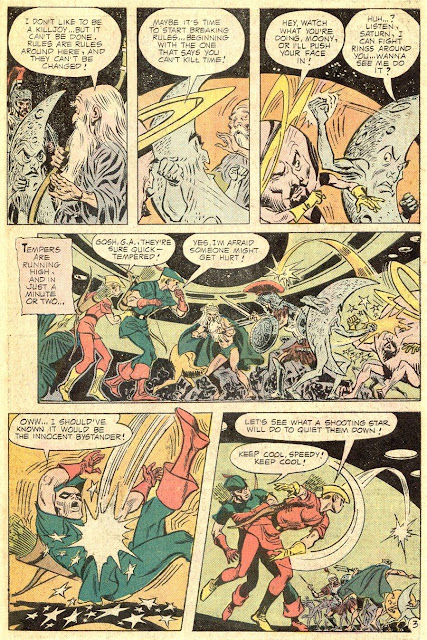 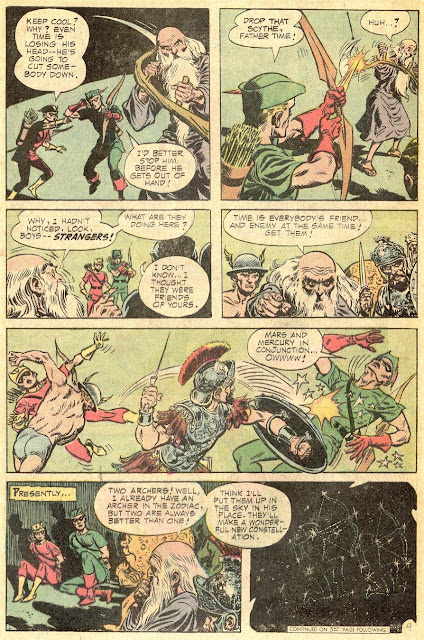 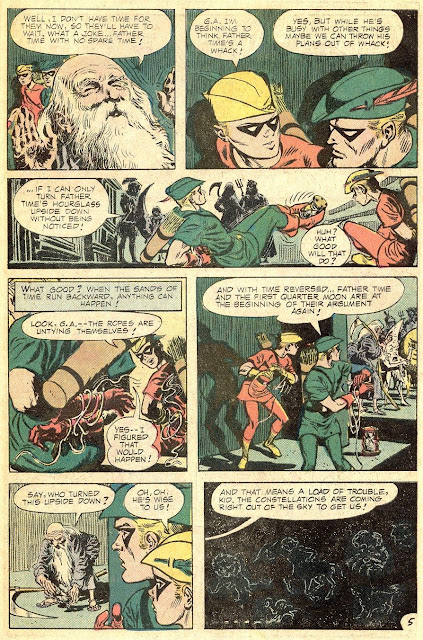 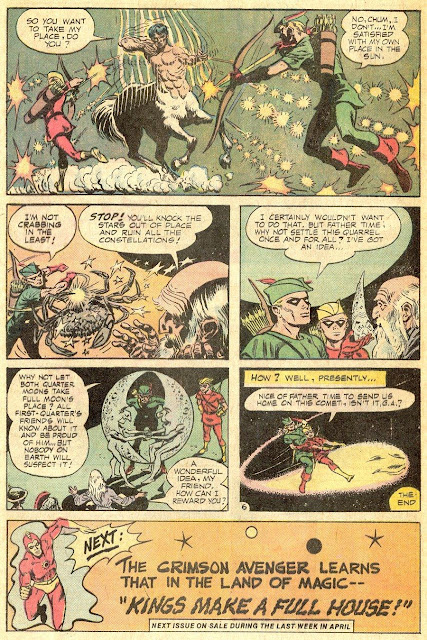 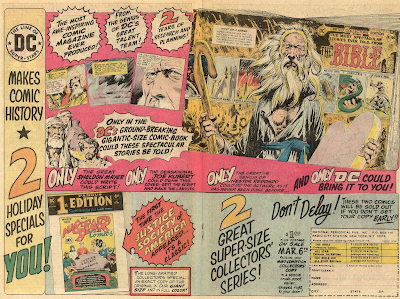 Letters this time include one from the prolific Bob Rodi, still around today on Facebook where we have many mutual friends though we've never met. Note in the Statement of ownership below that ADVENTURE, although hardly the standard-bearer it once was, was still selling huge amounts of copies compared to what passes for a bestseller today. 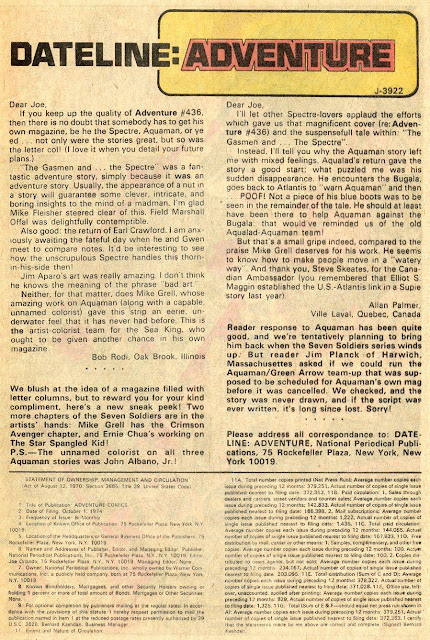