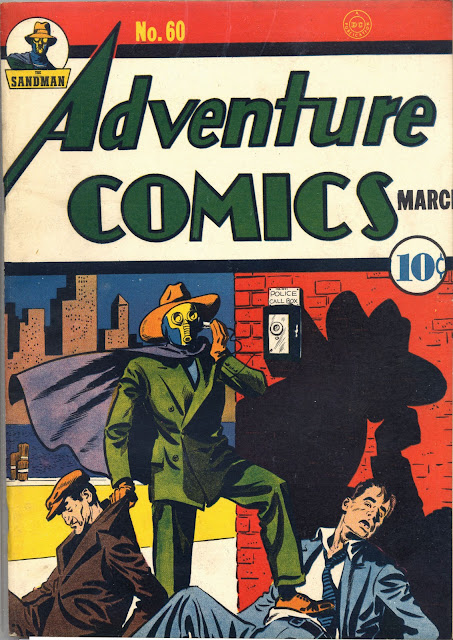 Creig Flessel returns to the cover spot with this pulpish looking cover featuring Sandman but the Hour Man still heads up the stories inside. 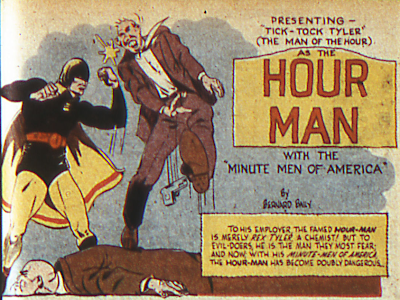 Another new title, WORLD'S BEST COMICS essentially highlights solo stories from all of the major characters not being featured in the similar ALL-STAR COMICS. 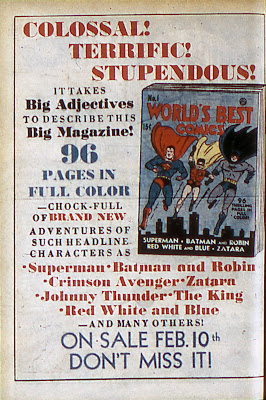 Howard Purcell has quickly developed his storytelling skills on the MARK LANSING feature so here's a complete example of his work. 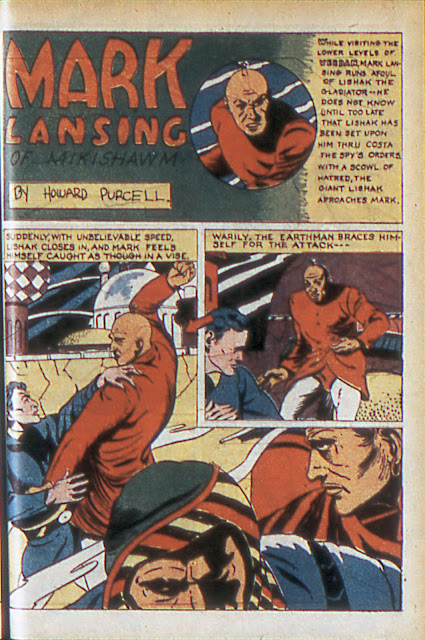 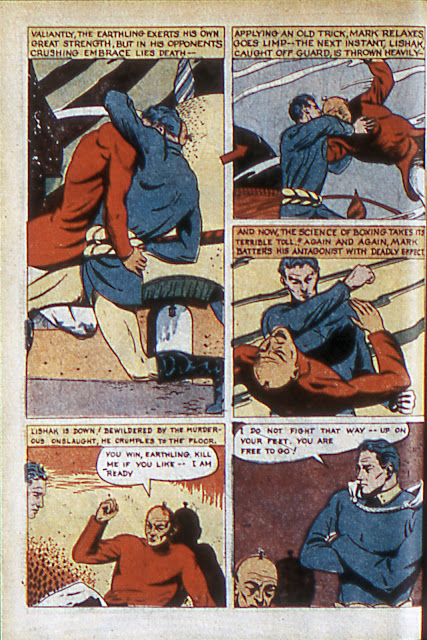 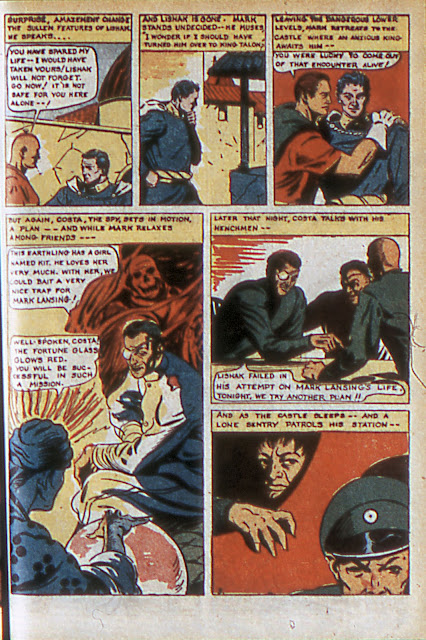 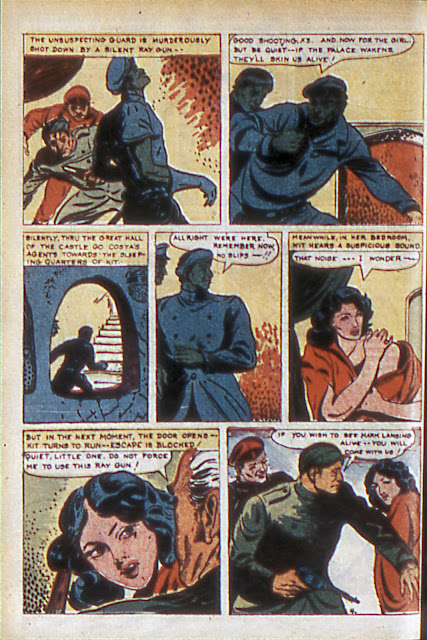 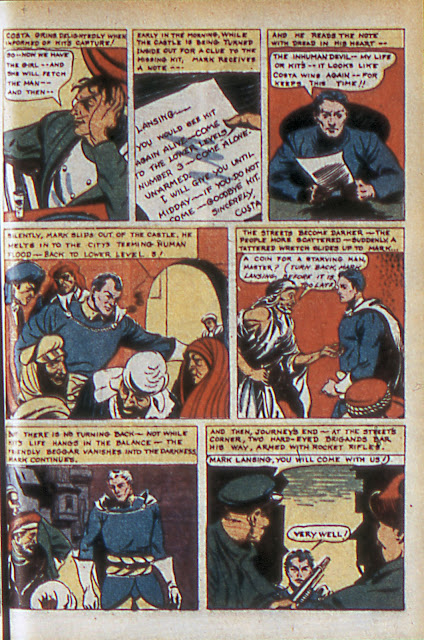 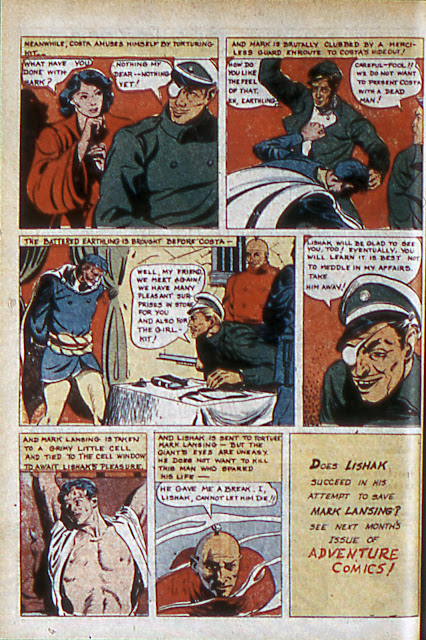 Although a  million miles removed from its original "look," artist Chad Grothkopf has definitely steered FEDERAL MEN in a unique direction and given it an all-new style as seen in this page. 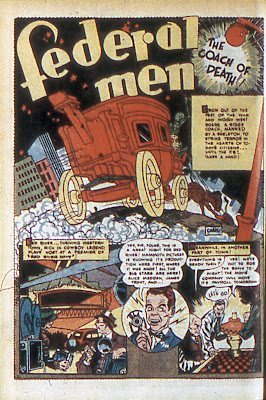 Sci-fi was all the rage in the back-up strips by this point. 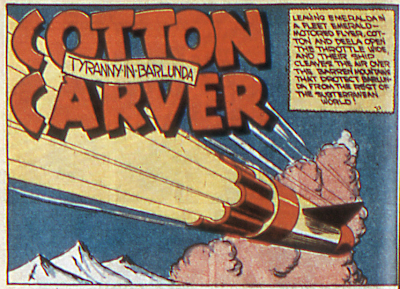 Here's a new comedy filler from Henry Boltinoff. Boltinoff would continue 1, 2 and half-page fillers in DC comics for close to the next forty years, his most memorable perhaps being SUPER TURTLE and the CAP'S HOBBY HINTS series of the early sixties. 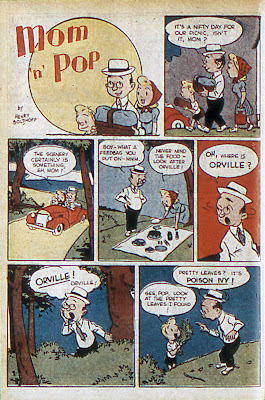 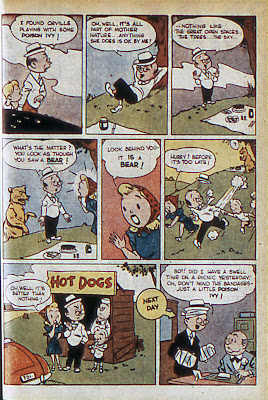 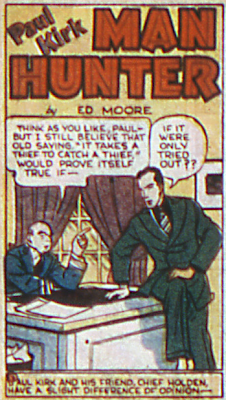 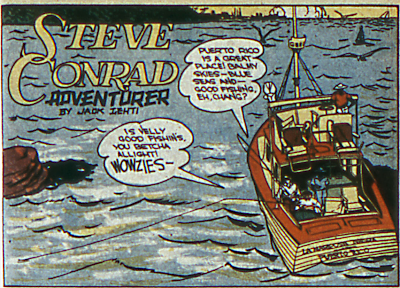 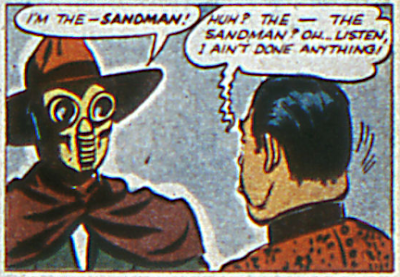 ...and they're off. The JSA begins its long and influential run as the first superhero group. 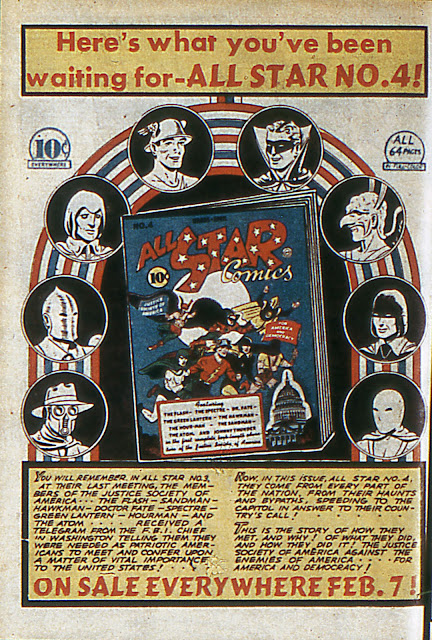