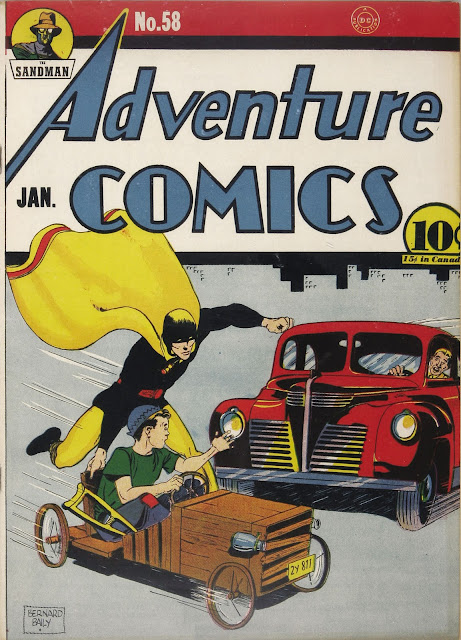 I love the car--both of them actually--but note the absence of any real background including the road! 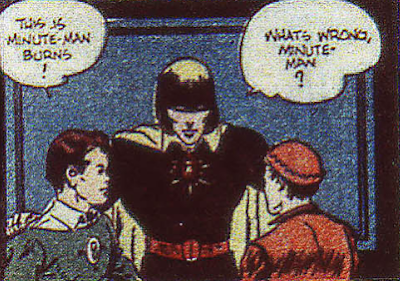 A nice splash for BARRY O'NEILL 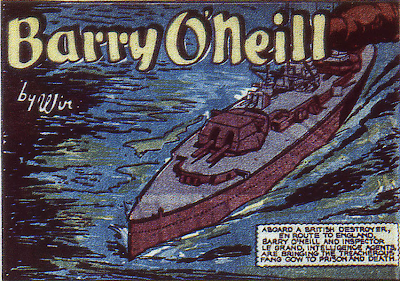 And a colorful one at least for Mark Lansing!

FEDERAL MEN, for the first time, does not list Jerry Siegel as its writer! 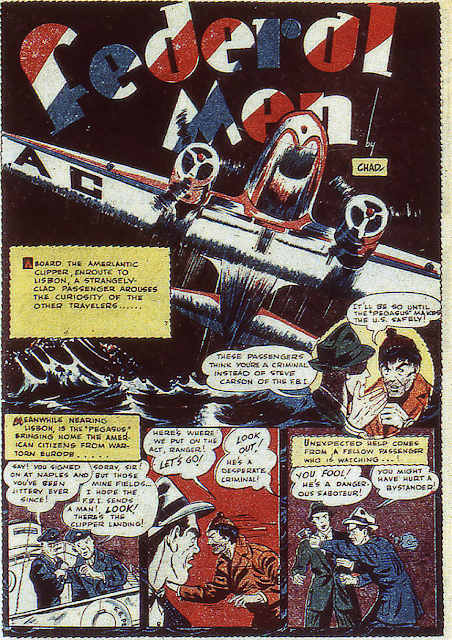 But that's okay as Siegel gets unprecedentedly singled out as the writer of THE SPECTRE in this ad for MORE FUN COMICS. 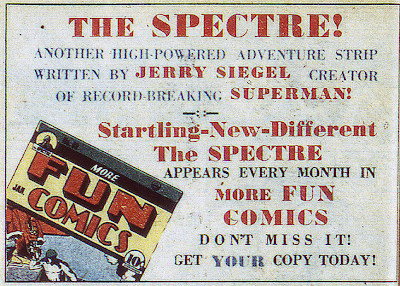 This issue sees the debut of PAUL KIRK, MANHUNTER. The experts will tell you that this is NOT the same Paul Kirk, manhunter, who would later appear in his own series by Simon and Kirby. I say it is. It's as much the same Manhunter as it's the same Sandman once he starts hanging around with Sandy and wearing the purple and yellow costume! Just because you drastically change the format, doesn't mean its a brand new character. 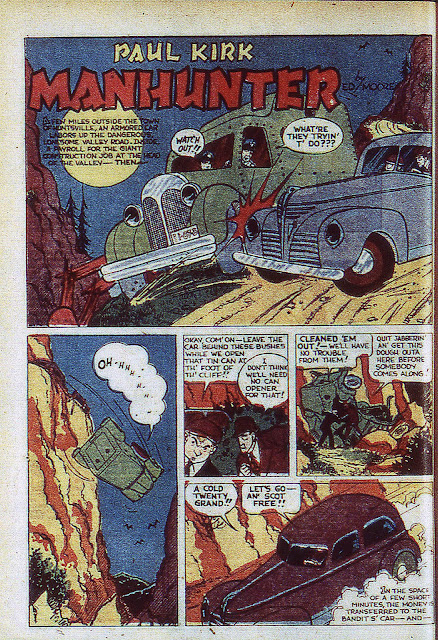 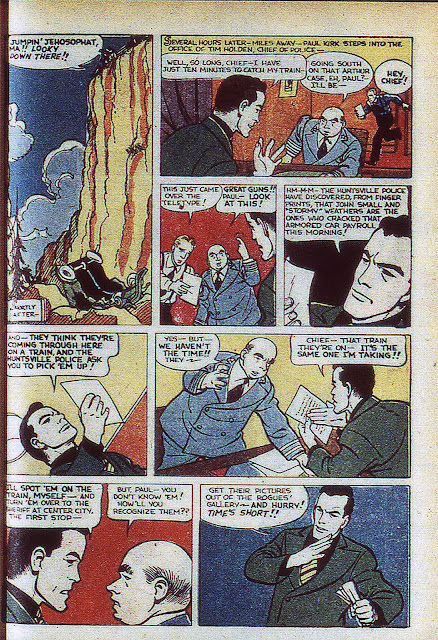 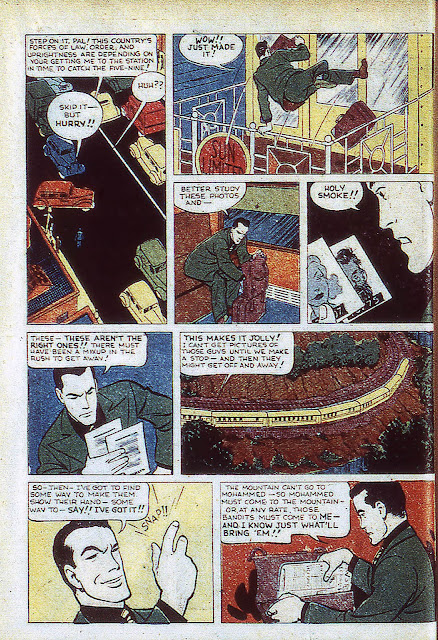 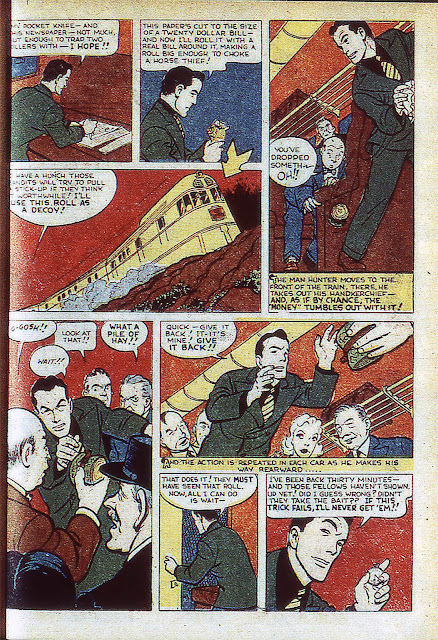 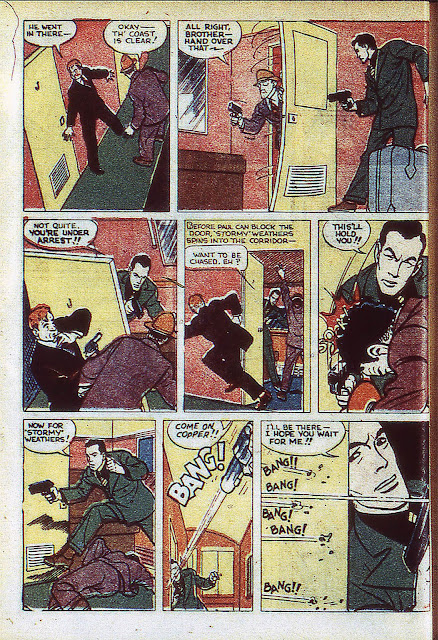 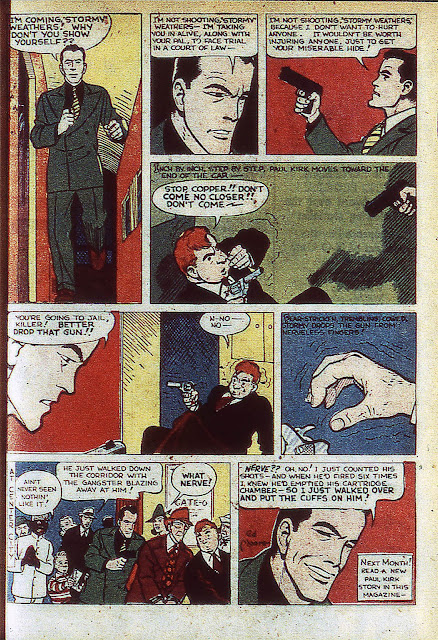 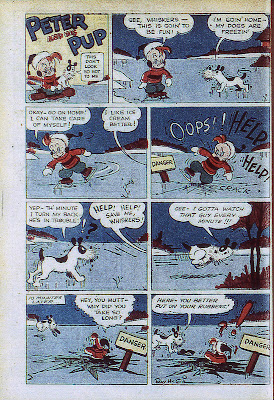 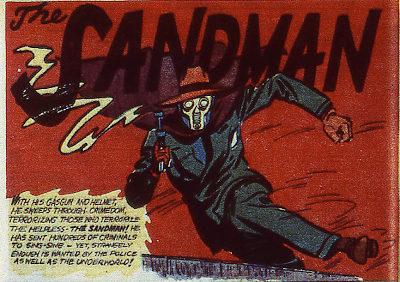 Here we go with ALL-STAR COMICS # 3. In only a slight variation from the previous issues, this issue sees the major DC heroes (other than Superman and Batman) gathering to tell their own stories of their latest solo adventures. Future issues would tie the individual stories together with a framing sequence featuring them all fighting a menace. After that, their would be pairs of heroes in each story/chapter and then, eventually, the whole darn team would tackle menaces. A little at a time, the first supergroup was born! And the ADVENTURE COMICS duo of the Sandman and The Hour Man were there right from the start. 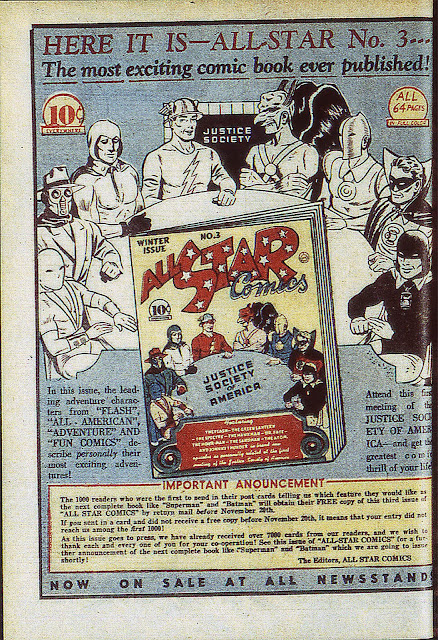