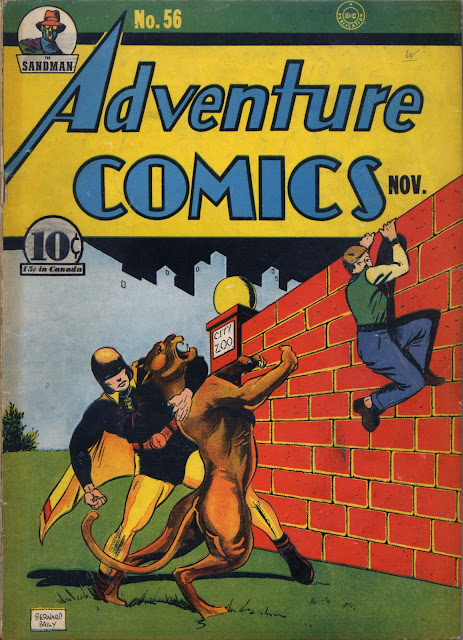 The prolific Bernard Baily was quite a good artist and developed his own studio early on. Covers, however, were not his forte. Here's another sparse and fairly dull HOURMAN cover. 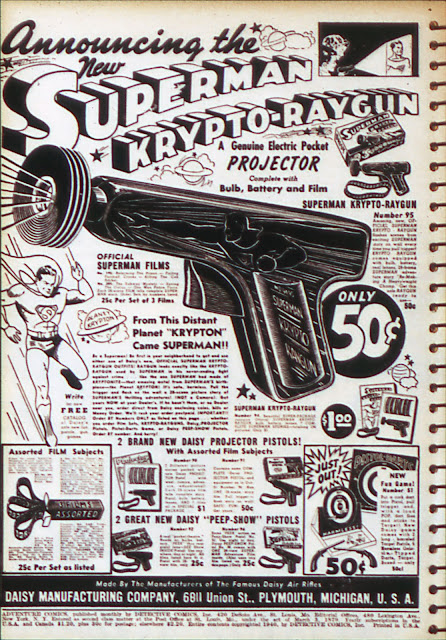 One of the earliest licensed SUPERMAN products, this came form Daisy, the BB gun company that would be a staple advertiser on the back covers of comic books for decades. Although ostensibly a "gun" it was actually a film projector. Does anyone know what the films were? 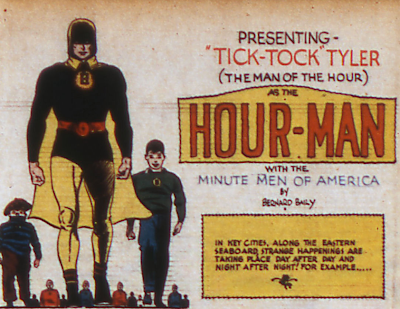 GCD says this is the first appearance of Minuteman Thorndyke, he with the too high collar in the above shot. He doesn't do much...and, as it happens, he appeared last issue, also, again not named and not doing much. He'll become more prominent later, though, so keep an eye on him. 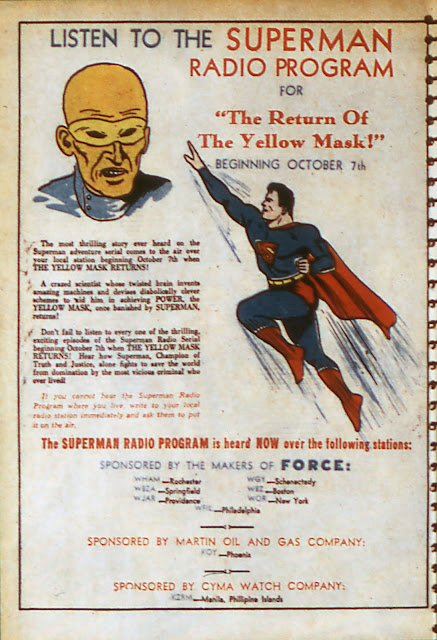 As the following three pages show, the strips in ADVENTURE were getting more and more...well...adveturous. More fantasy elements were added, the art was getting better and the writing more exciting. 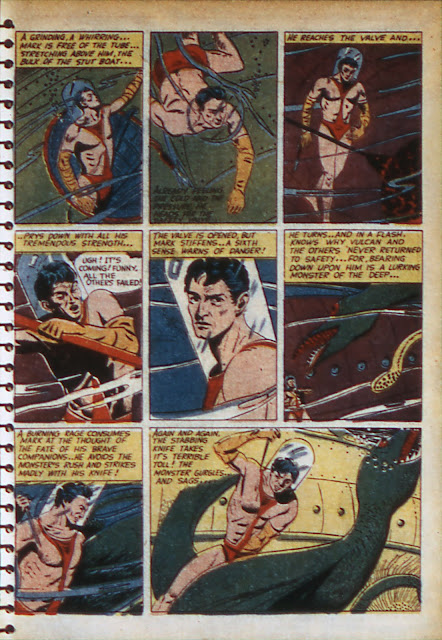 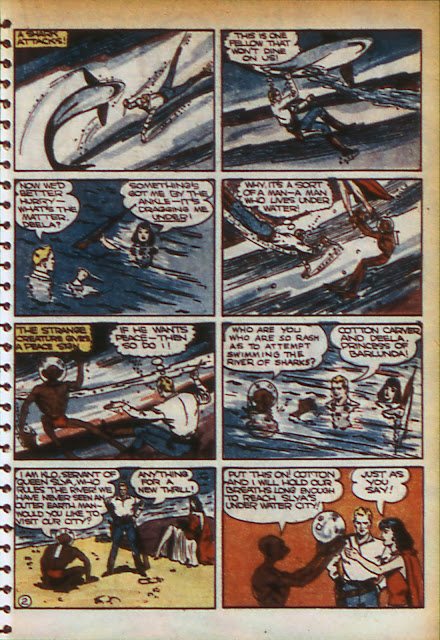 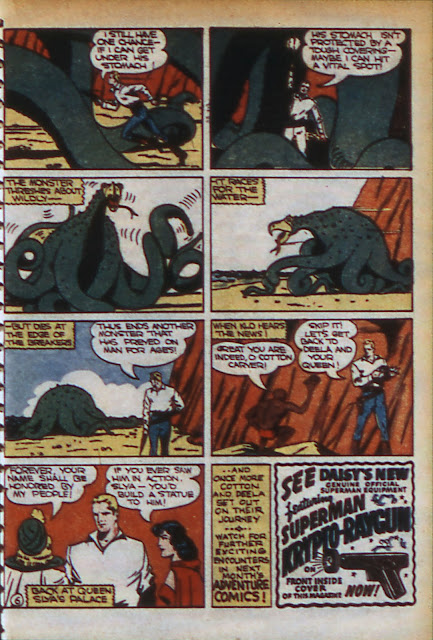 There were still pointless, unfunny filler humor strips, though. 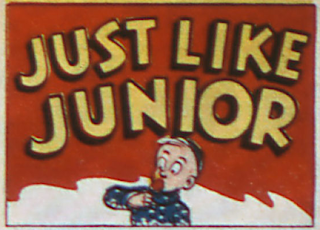 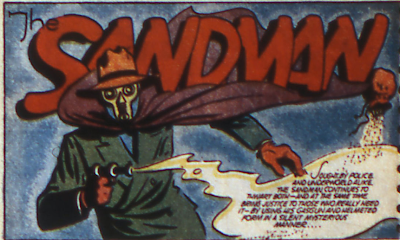 A nice artistic effect in the Sandman panel below. GCD credits the excellent art from this period to art to Flessel and Chad.

And see what I meant about the baby Ruth bars? They take over the back cover here and will maintain a  full page presence throughout the War years. 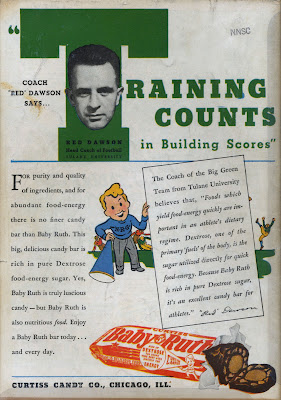