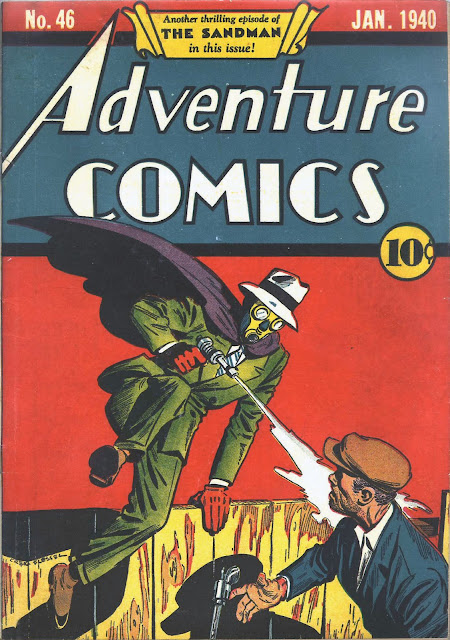 THE SANDMAN gets his fourth cover. He'll get the next one, too, before being upstaged by THE HOUR MAN. Even then, the title had one more generic "adventure" cover before going all superhero for the next few hundred issues on the cover.

THE SANDMAN strip itself, with Bert Christman by now in uniform, was signed this issue by Ogden Whitney and features some effective, moody work from that unsung artist. 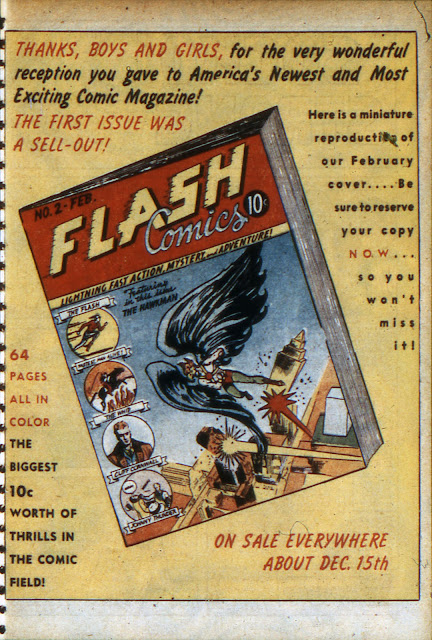 With Hawkman and Superman being promoted in the house ads by this point, the age of the superhero had arrived and there would be little to slow it down over the next few years as many of the other genres took a distinct back seat or faded from comic books all together. 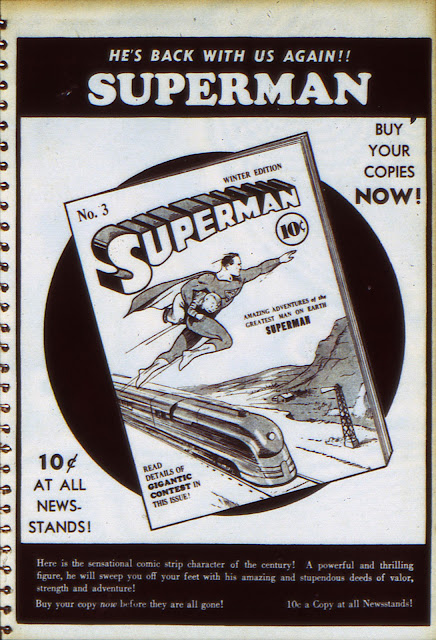