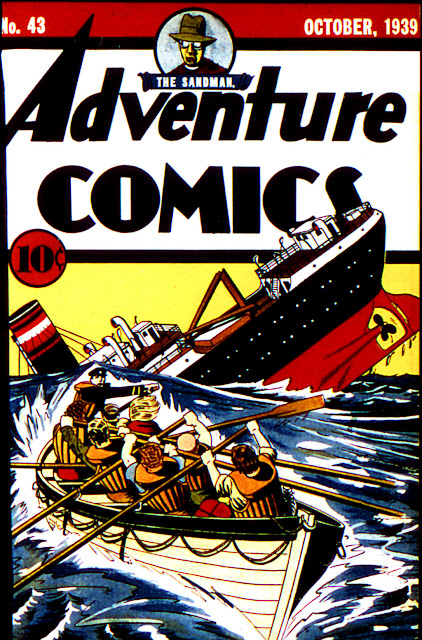 Looks like the mail is starting to come in on THE SANDMAN by this point because he's appearing up above the title. Oddly enough, this issue's story is yet another atypical one placing this very urban hero on a tropical isle and wearing a very different, albeit temporary look. 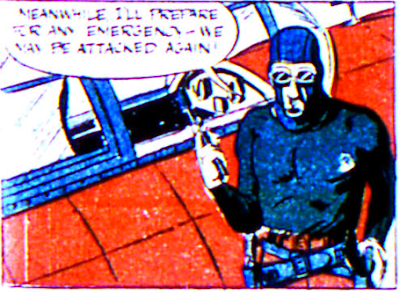 Below is Steve Carson, star of FEDERAL MEN, by this point credited to Wayne Boring but looking for all the world as though he's been drawn by Bill Everett, ay that time busy creating the Sub-Mariner! Was Boring an influence on early Everett art? 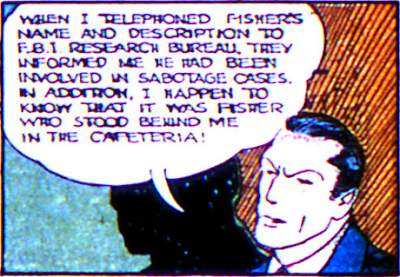 Fred Schwab's BUTCH THE PUP was actually popular enough to be featured in the book as well as on the cover of the recent NEW YORK WORLD'S FAIR COMICS. 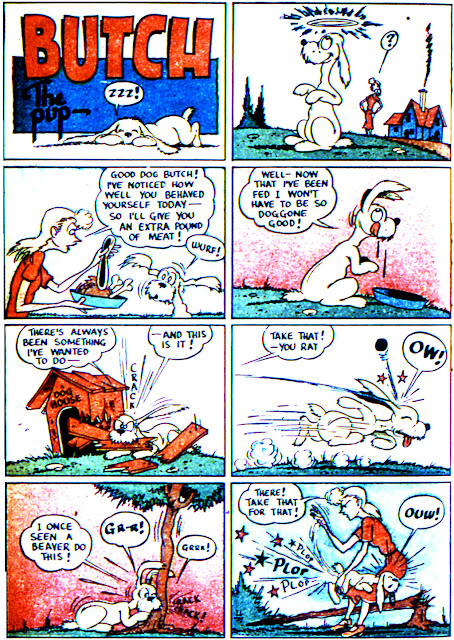 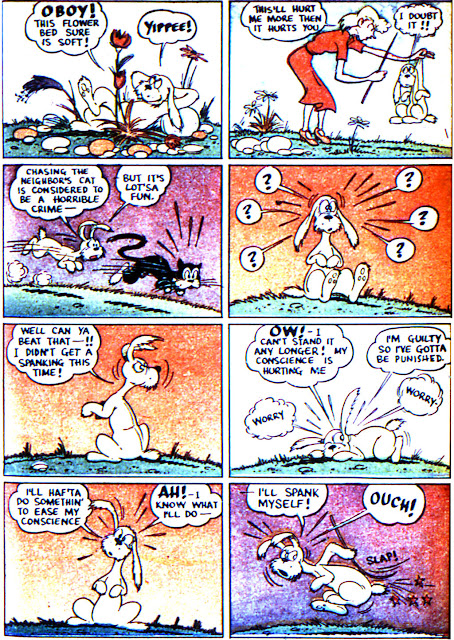 COTTON CARVER this issue is credited to Ogden Whitney, later to become the artist on the cult favorite HERBIE series for ACG in the sixties. 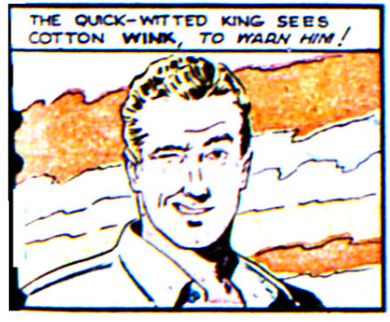 Again in this ad, one sees the popularity of THE SANDMAN. This special one-shot (although a 2nd issue would come out the following year) stayed on sale for months and most likely raked in the money as the Fair was so amazingly popular. Perhaps that's why, as they say in this ad, they could afford to actually LOWER the price! 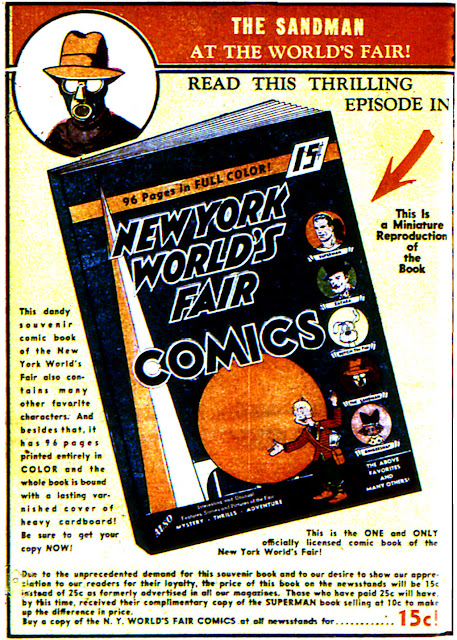 Finally, this issue's back cover presents the first of the seemingly ubiquitous Daisy Air Rifle ads, a staple on comic book covers for the next three decades. 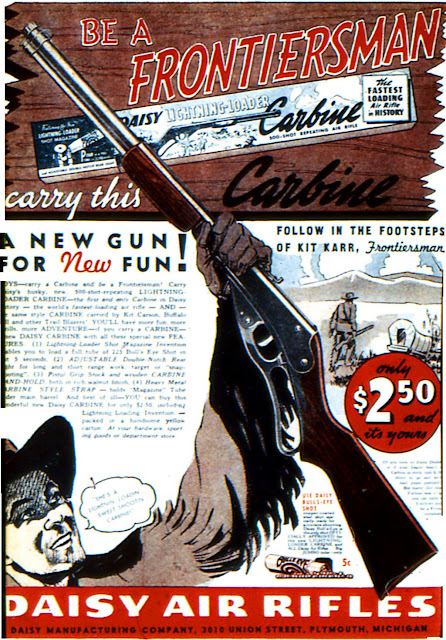