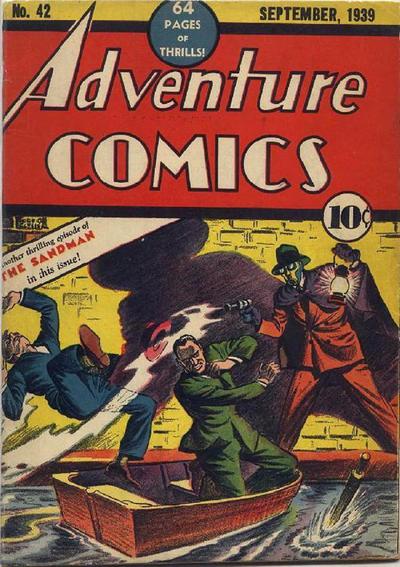 Okay, so you've just created a new feature and you have enough faith in it to spotlight it on 2 of the first 3 covers in which the feature appears. So what do you do after two exciting adventures? Well, my first choice would NOT be to do an entire story in which your hero  doesn't appear in his trademark gas mask outfit once! But they did. In spite of the fact that Sandman appears in full regalia on the wonderful moody cover...he is TECHNICALLY nowhere to be found in the story of THE THREE SANDMEN as reprinted from poorly scanned pages below. 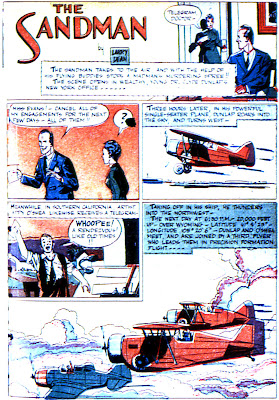 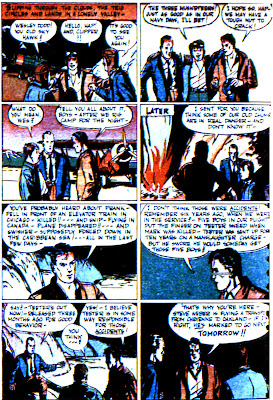 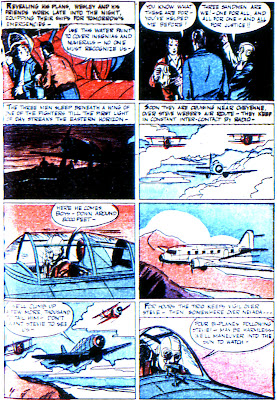 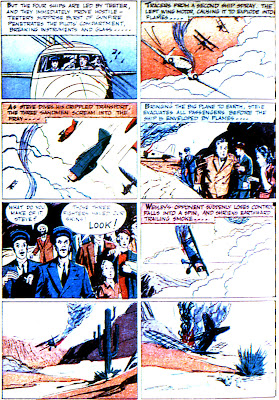 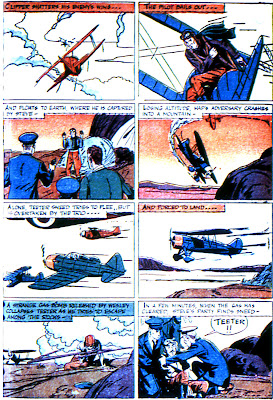 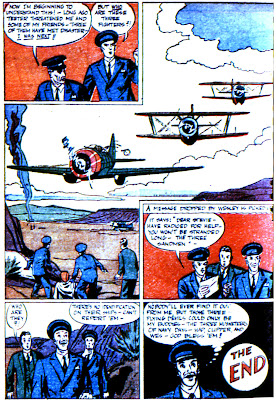 At this point, the once-popular FEDERAL MEN was often little more than an also-ran but at least they finally stopped even pretending it was still being drawn by the busier and busier Joe Shuster. Wayne Boring gets his first actual credit on the strip here. He got better quickly. He would go on to a nearly four decade career in comics and may well have drawn SUPERMAN more than other artist in the long run. 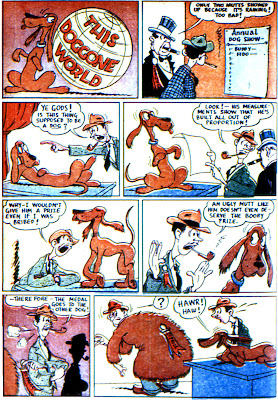 Although the evil Oriental is still a popular theme, dinosaurs show up in not one but two strip this time out, also. Perhaps due to the popularity of ALLEY OOP? 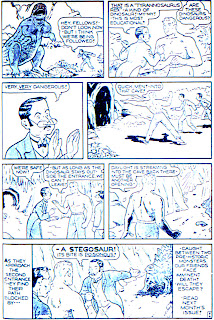 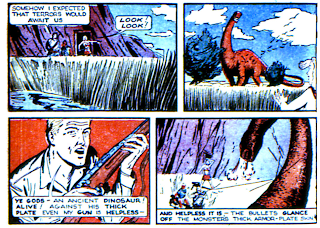