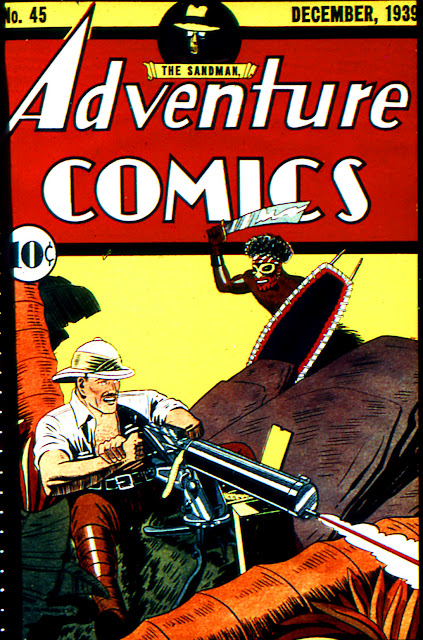 As we near the end of the Thirties, the masked, caped and/or super-powered crimefighter is now firmly established as a selling point that separates comic books from their comic strip roots. It's been a year and a half since SUPERMAN and already DC and a number of other companies have created competition in the hero department.

Another great logo for THE SANDMAN as well as a couple of panels from this issue. 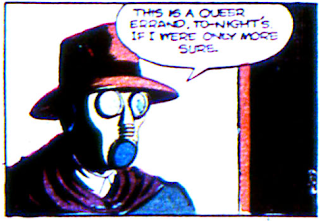 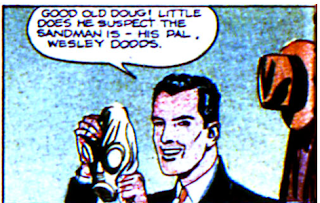 Bob Kane's name was still appearing on a number of these humorous fillers at DC but that would not last long. Kane's name would continue to be the sole credit appearing on BATMAN for another 25 years, much to the detriment of co-creator Bill Finger and in spite of the fact that Kane had less and less to do with the strip as time went by.

By this point the regular strips still appearing were:
SANDMAN
BARRY O'NEILL
PROFESSOR DOOLITTLE (humor)
FEDERAL MEN
SOCKO STRONG
CAPTAIN DESMO
SKIP SCHUYLER
RUSTY AND HIS PALS
ANCHORS AWEIGH
COTTON CARVER
And finally they were all in color, too! 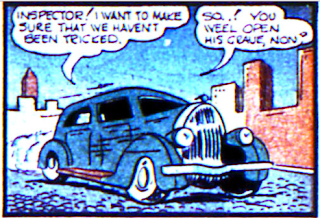 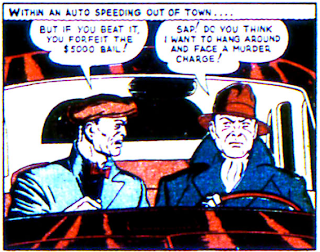 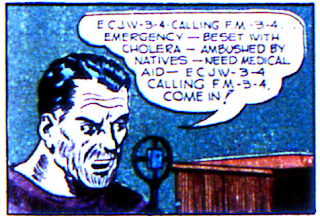 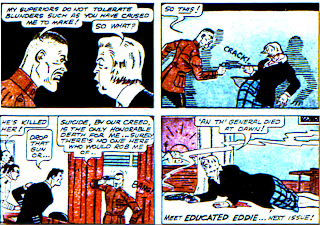 And here's the back of the issue ad for the next great DC comic book--FLASH COMICS. Like all comics at the time, it would be an anthology comic. In spite of the title, the debuting hero, THE FLASH, was not necessarily meant to be the star. In fact, HAWKMAN--or THE HAWK MAN as it says here, got much of the cover time. When the Flash became popular, he was given his OWN title: ALL-FLASH. 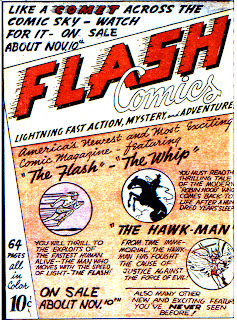