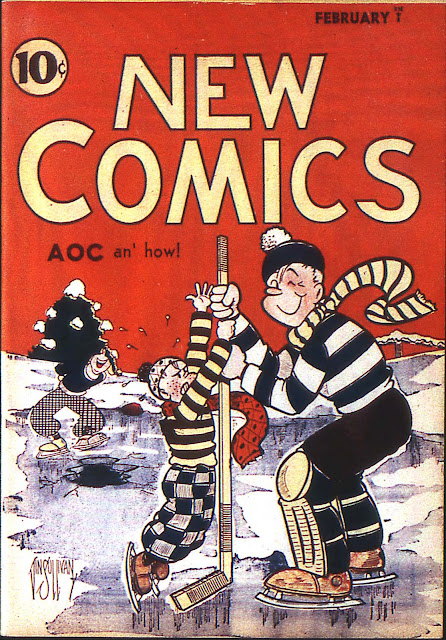 The opening editorial message in NEW COMICS # 3 attempts to create a new acronym--AOC. Note the usage on the cover. The very fact that you and i don't immediately recognize that these initials stand for "All Original Comics" tells us that they did NOT catch on. 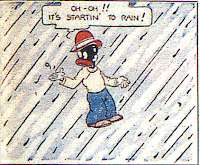 KING ARTHUR and KING BOZO--a serious strip and a silly one, neither drawn all that well--are both new this time along with a few others. There's a page of nice color circus cartoons by Whitney Ellsworth, a SMOKEY STOVER rip-off called LUKE McLUKE, THE FIREMAN, the sticky, sickly sweet poetry niceness of SARA LOU SUNSHINE, DEAR OL' DAD and the unfortunate but then-accpeted racial stereotype character LICORICE by Vin Sullivan. 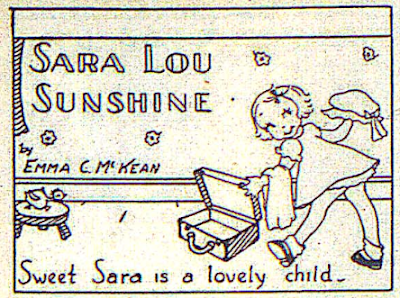 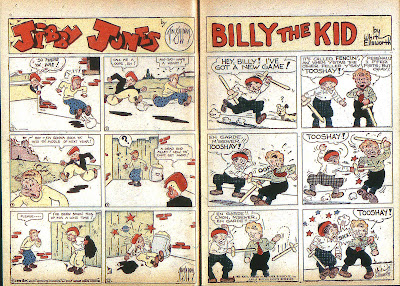 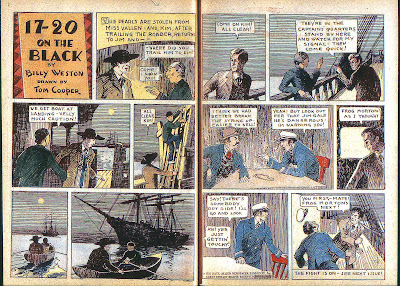 Otherwise, most of the old favorites from the first two issues return--some switching from color to black and white and vice versa--with Jerry and Joe's FEDERAL MEN again looking the most impressive. All of the serialized stories are starting to gain some substance, though, and undoubtedly had their fans.

The text pieces again offer book, radio and film reviews as well as a hobby section on magic tricks and another on how to make a leather billfold!

Overall, another good read for the kids of 1936. And for a dime! Think how many copies they must have been selling in order to just pay the score or so of writers and artists for each issue! The price would stay the same as page size, then number of pages decreased steadily up until the early sixties when even then only two cents was added to the price!
Posted by Booksteve at 12:03 AM