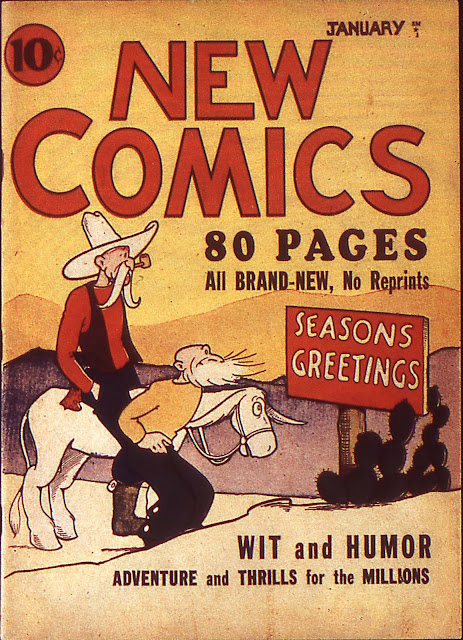 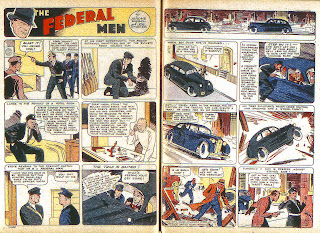 Beneath an unusually non-festive Christmas cover (proving that it was on the stands in December), the second issue of NEW COMICS opens with another note from the Editors, this one noting the "avalanche of commendatory letters, subscriptions and picture postcards."
Most of the same features from issue one repeat here with the serials continuing and the Sunday strip style humor offering more of the same. RAY AND GAIL is now in black and white but CHIKKO CHAKKO is now in color. 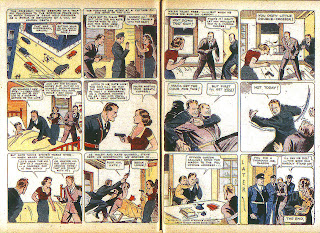 New this issue is DARE-DEVIL DUNK, BEANY, CASTAWAY ISLAND and the real highlight, FEDERAL MEN by Jerome Siegel and Joe Shuster, still a year and a half away from getting their SUPERMAN published.
FEDERAL MEN is the story of STEVE CARSON, an undercover G-Man like those who had been much in the news in recent years. This particular first story echoes the also-recent Lindbergh baby kidnapping. A typically wordy Siegel script with some really smooth art by Shuster.
Posted by Booksteve at 12:53 AM