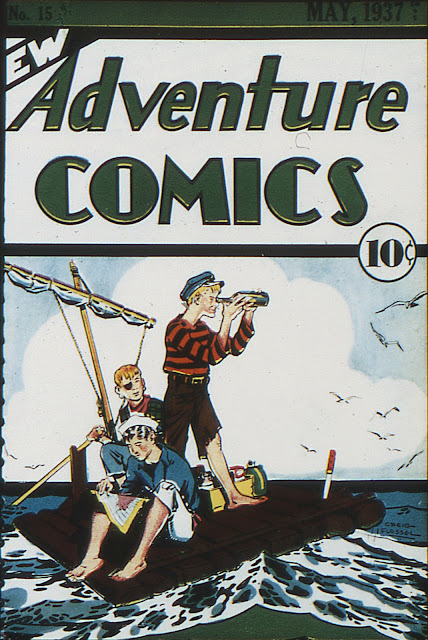 I missed the fact that last issue featured the first real cover that seemed to fit the term, "adventure." (Thanks Martin, O.) This month takes that a step further by eliminating Whitney Ellsworth's cartoony covers in favor of the really nice (if a little bland) kid's adventure image seen above by Creig Flessel.
Note also that we get the first appearance of the classic ADVENTURE logo, although not as yet in its final form, with "NEW" being relegated to the upper left hand corner. 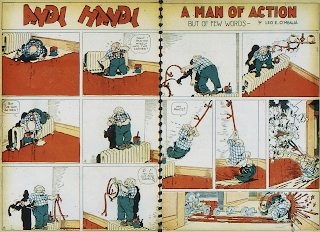 Inside though, little has changed as yet. We still have about the same mixture of comedy strips, cowboy strips and Caniff-style adventures that we've seen for the previous six months. As usual also, if a new strip debuts, it's more likely to be a one-off filler than a new series. 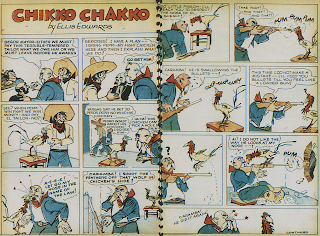 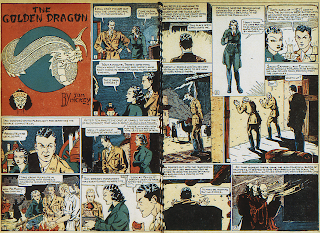 SLIM & TEX make their last appearance, DALE DARING has gone missing again after a brief comeback and, for the first time since its debut, Siegel and Shuster's FEDERAL MEN is on a brief hiatus. That will change quickly.
Posted by Booksteve at 12:52 AM