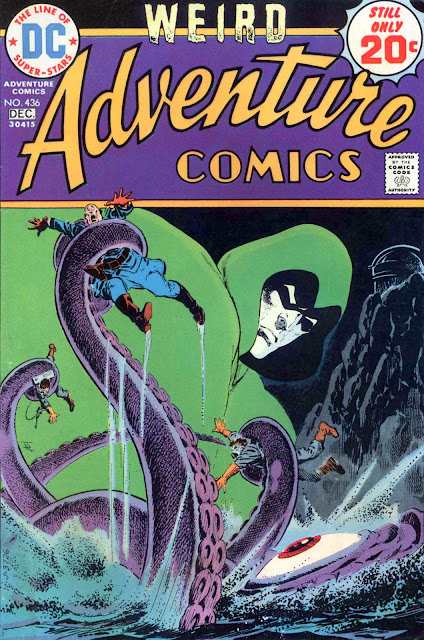 My favorite of the Spectre covers, with its image repeated in more detail but not really as well on the inside splash. 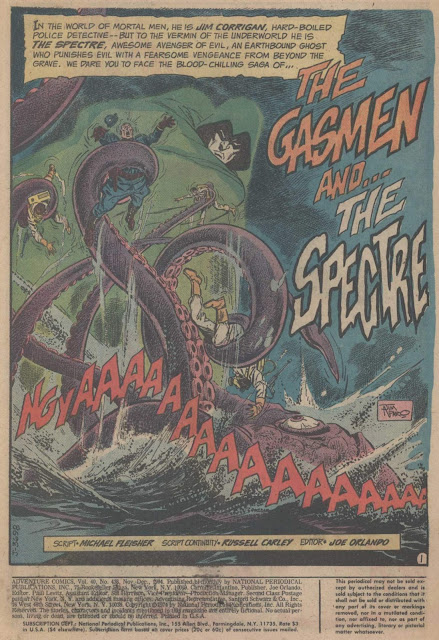 More clean Aquaman art but this issue's letters page already alerts us that he'll be leaving after the following issue in order to accommodate the new SEVEN SOLDIERS OF VICTORY retro-story. 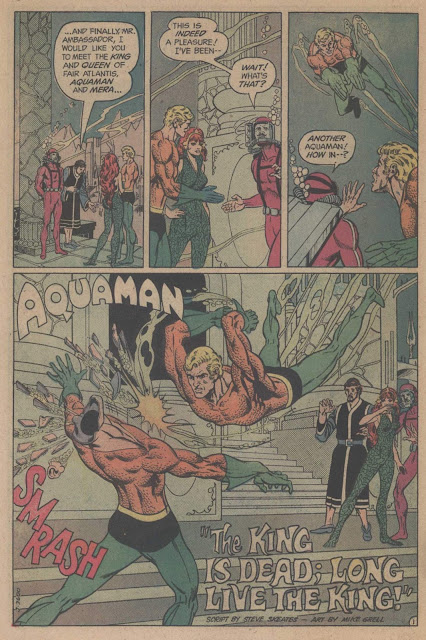 The cartoon slections were actually pretty bland by this point but Captain Marvel. recently revived by DC, made his TV debut ina  memorable--if not very good--live action series and The Hudson Brothers livened things up with music and humor. One of those guys went on to be Kate Hudson's Dad. Rod Hull and his Emu stole the proceedings. Rod went on to become amazingly popular in Europe and Australia. 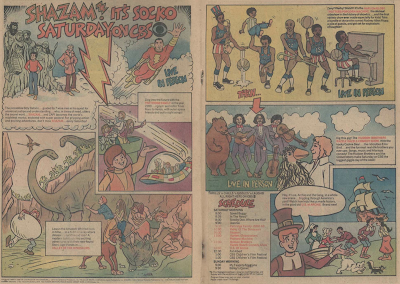 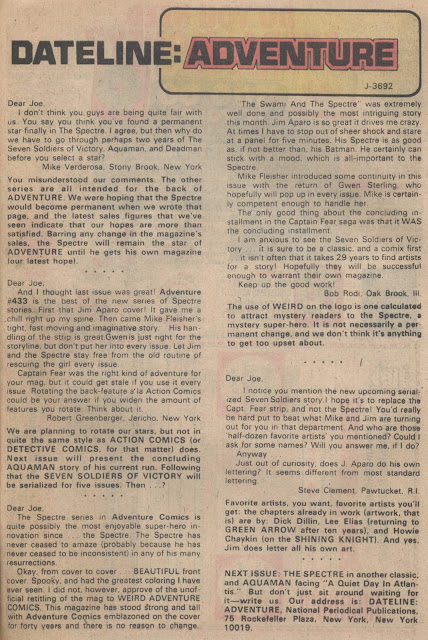