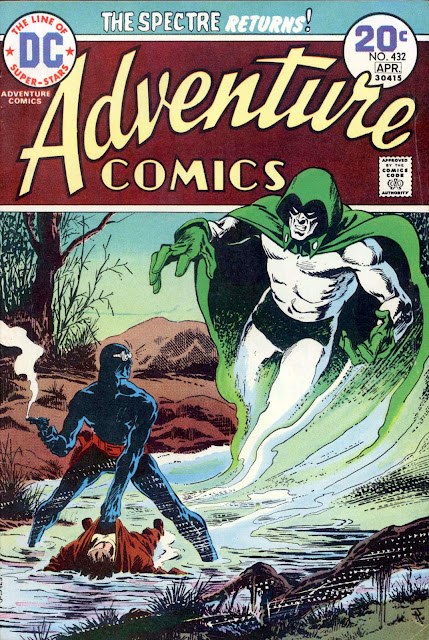 Both outside and inside, Jim Aparo continues to redefine himself as the definitive artist of THE SPECTRE. Fleischer's stories get increasingly creepy, pushing the boundaries of the by-then weakened but still required Comics Code. 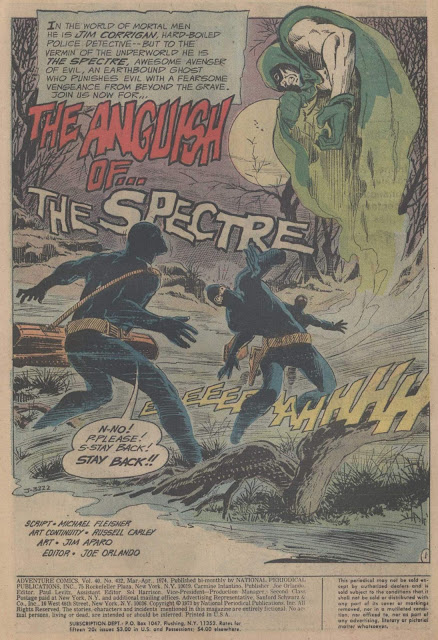 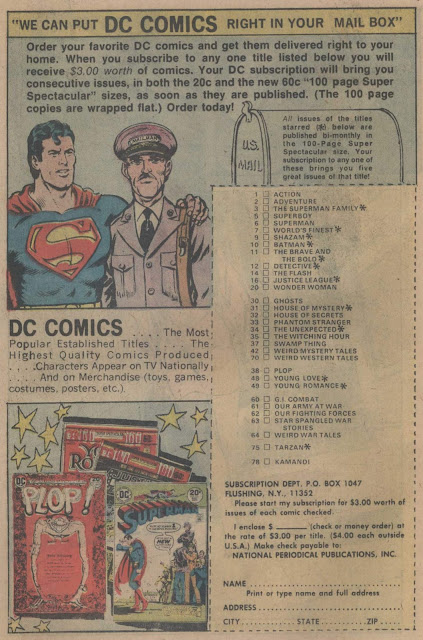 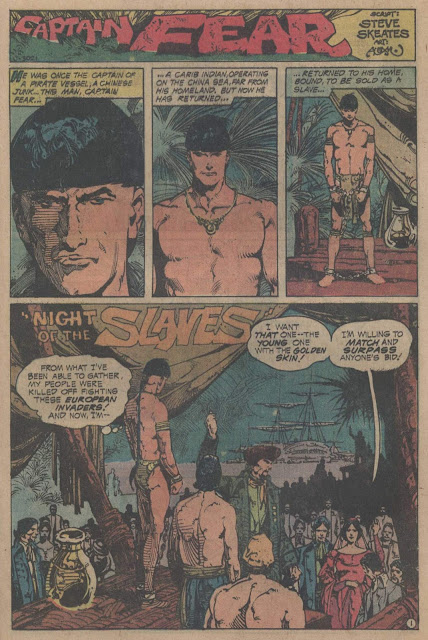 The new format gets a double page push. That ACTION COMICS was an exact facsimile reprint, paper and all, except for the cardboard cover. It has been reported over the years that unscrupulous folks have removed that outer cover and passed off the insides as an original copy, convincing pigeons that comics were much bigger in 1938. 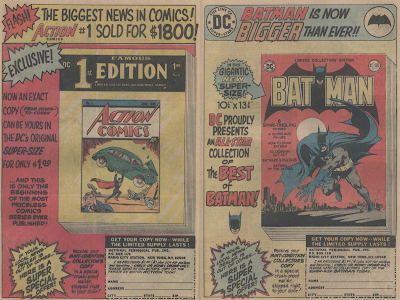 In this letters page, we get the announcement that Black orchid was SO popular that she will be turning up as a back-up in PHANTOM STRANGER, which she briefly did. Cries for her to join the JLA went unheeded, however. 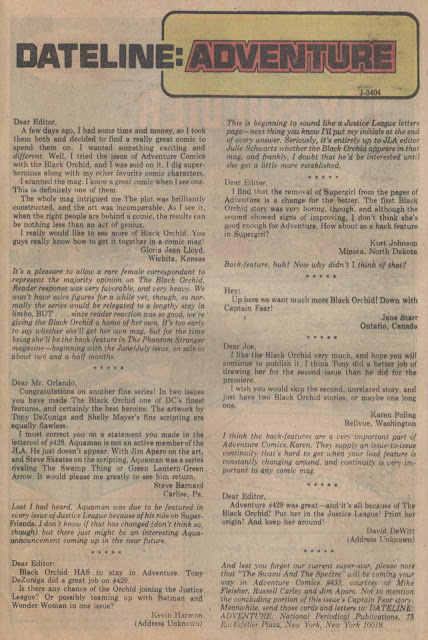