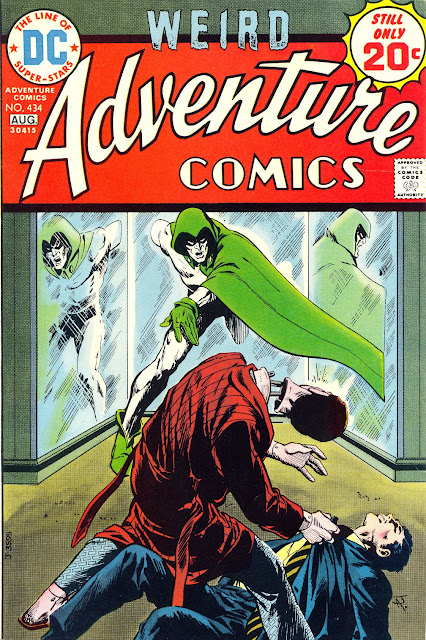 If you noticed, starting with the previous issue, the cover now reads "WEIRD" ADVENTURE COMICS. DC didn't go so far as to change the title officially, though. This issue has the first booklength story in some time, ably illustrated by the unusual art combination of Frank Thorne and Jim Aparo. Thorne, later associated with sexy females, was best known at the time for war comics. Even the letters page calls attention to their unlikely teamup. 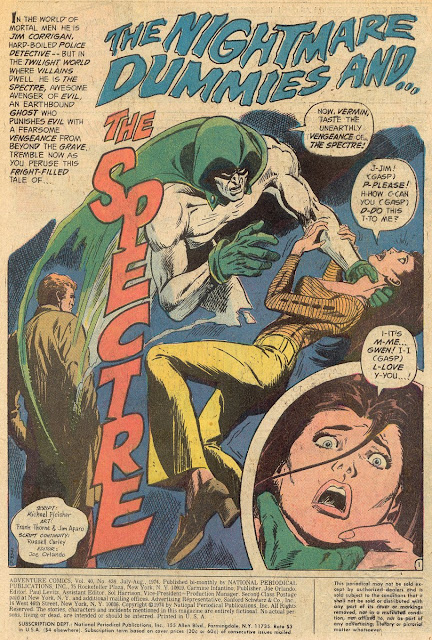 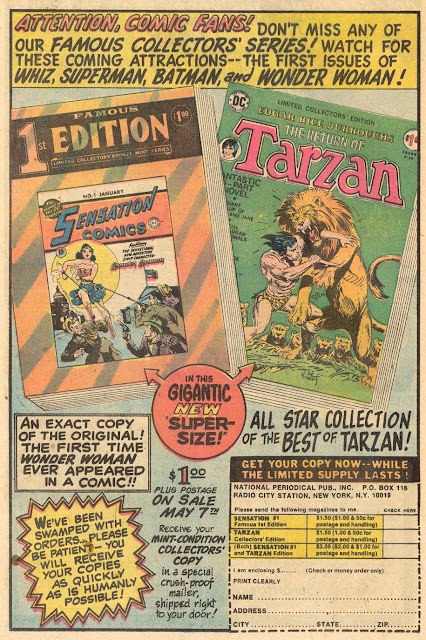 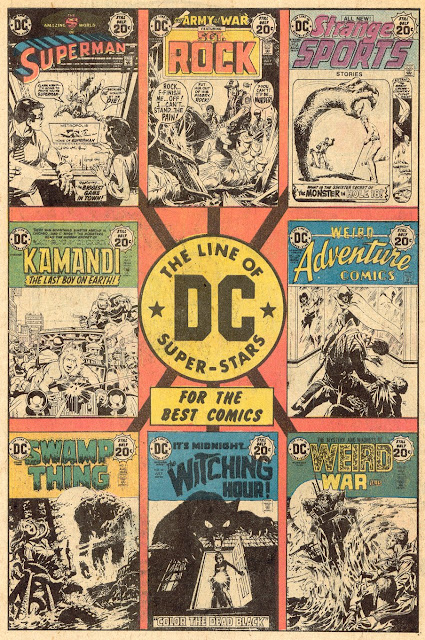 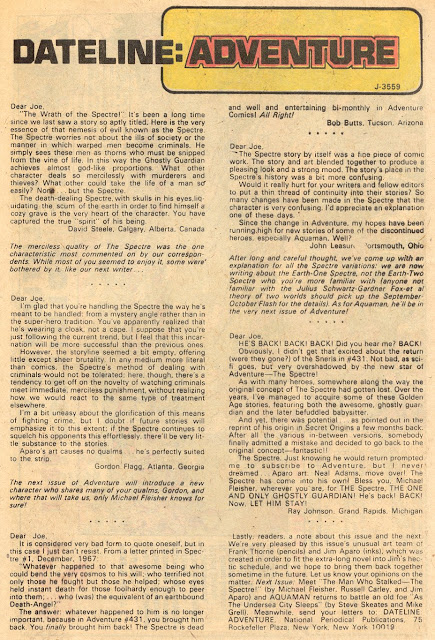