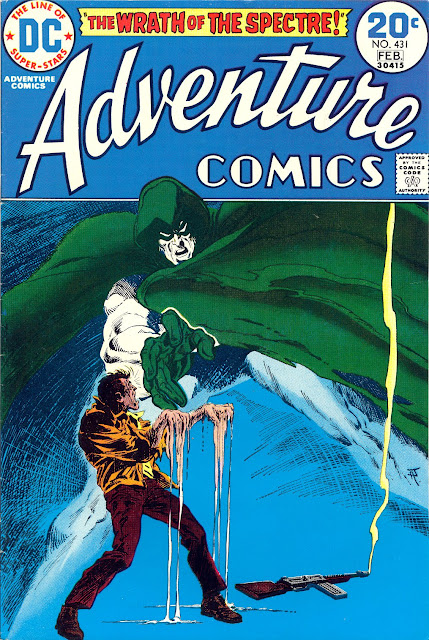 Here, ADVENTURE at last comes up with a new identity for itself as the home for the revived SPECTRE comic. The forties version, created by Jerry Siegel, was dark and violent but morphed into a comedy series starring Percival Popp the Super-Cop with The Spectre basically an invisible guardian angel to his antics. The sixties revival had been an early attempt at cosmic characters. Here we had the beginning of a memorably weird and violent avenging hero series, as written by Mike Fleischer and drawn by Jim Aparo...with "art continuity" by one Russell Carley. A few years later, in THE COMICS JOURNAL, Fleischer explained the latter---“when I first began to write comics regularly, I really had no experience in coming up with the plots for example, or in breaking down the stories.  Those were both intimidating things for me to do.  So Russell and I would get together and we would work out a plot together.  We'd sit together on a Saturday afternoon and we would throw ideas back and forth and we would produce a plot.  And when I'd gotten the plot okayed, Russell would take the plot and he would make a breakdown of it -- that is, he would take sheets of paper and divide them into panels, and he would describe in each panel, very briefly, what was to take place, and then he would give me these pieces of paper and I would write the script.  When we started out we wanted to say, ‘Story by Michael Fleisher and Russell Carley,’ but Joe Orlando felt that we should distinguish between what he did and what I did...there was no standard title in comics for what Russell was doing, so we made up a term.” 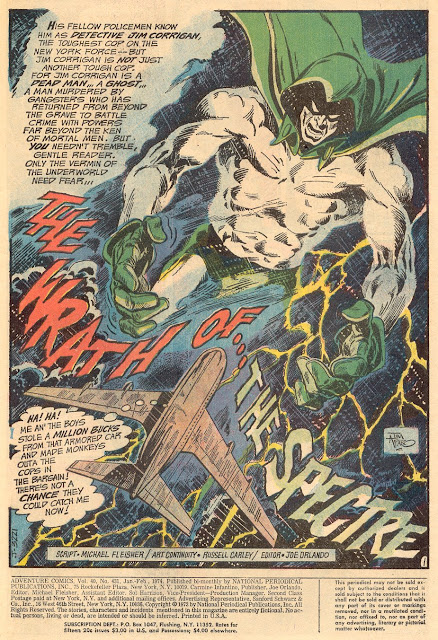 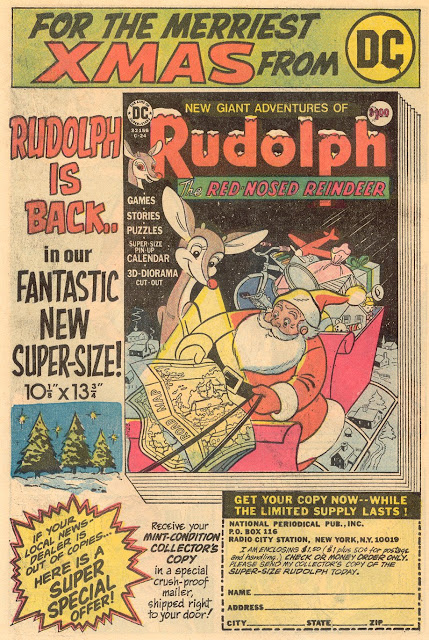 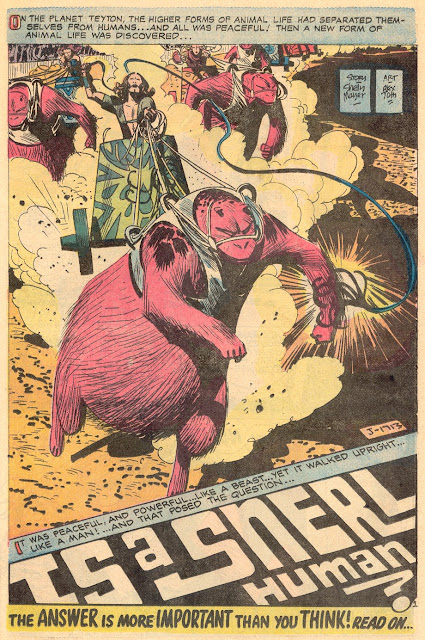 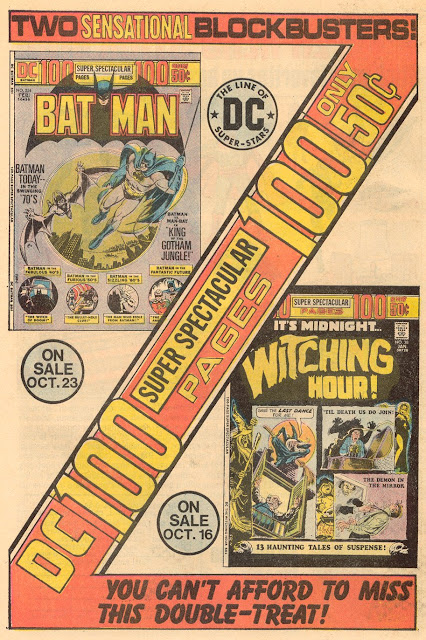 This issue's celebrity letter is from my FB friend Mike Tiefenbacher, already then the co-publisher of the wonderful MENOMONEE FALLS GAZETTE as well as the indispensable COMIC READER. 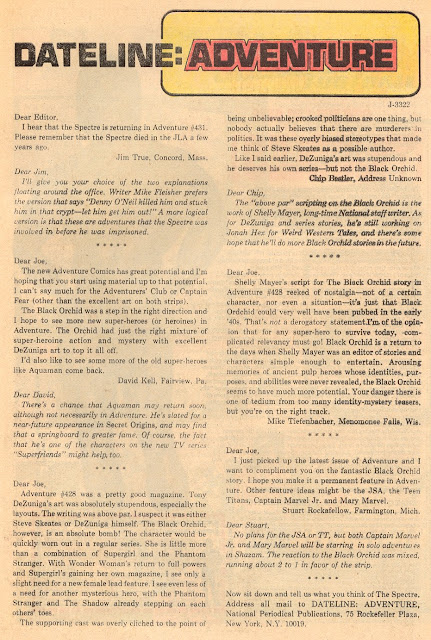