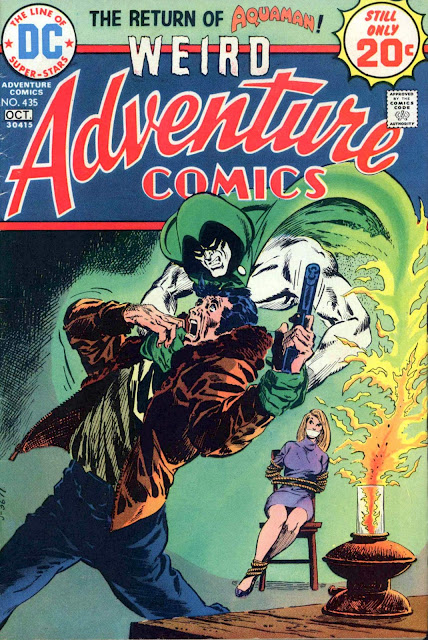 Immediately making the "Weird" part of the cover title unnecessary is Aquaman, returning to ADVENTURE for the first time in well over a decade! 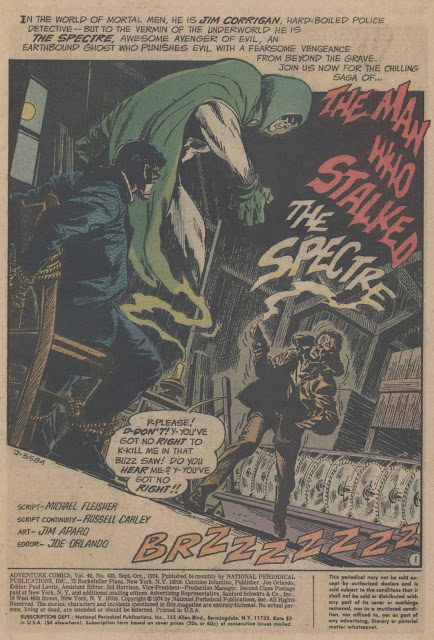 Marshall Brodien ("a professional magician"), was also known for more than 25 years to Chicago-area TV watchers as "Wizzo" on WGN's long-running (and later nationally seen) version of BOZO THE CLOWN. I actually bought not one but two of his sets of magic tricks! 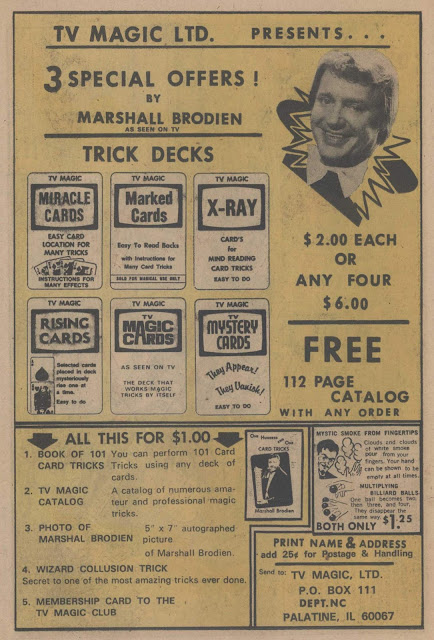 This issue's letters include one from Arlen Schumer, later the author and designer of the book, THE SILVER AGE OF COMICS and currently one of my Facebook friends. Hmm...I'm also FB friends with a comics fan named Raymond Johnson but he would have been 1 year old at the time. 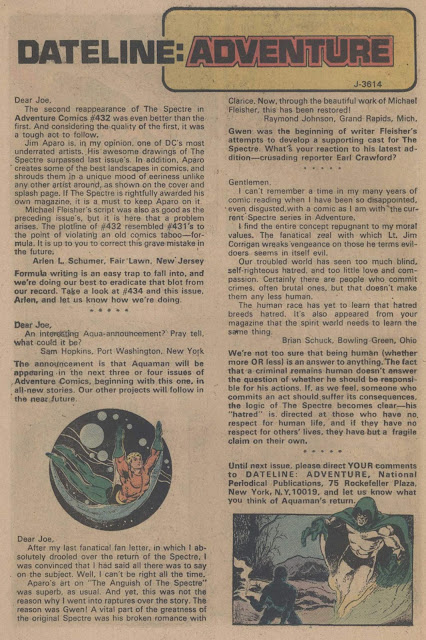 Steve Skeates picks up scripting AQUAMAN where he left off a few years earlier when that book was canceled, although his stories here are much less stylish and involved. Art is from then-newcomer Mike Grell in a much cleaner style than his later trademark scratchiness. Grell is probably best known today for his creations, WARLORD and JON SABLE, FREELANCE. 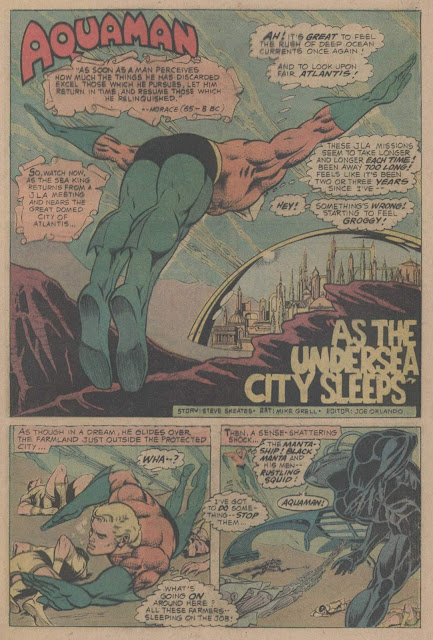 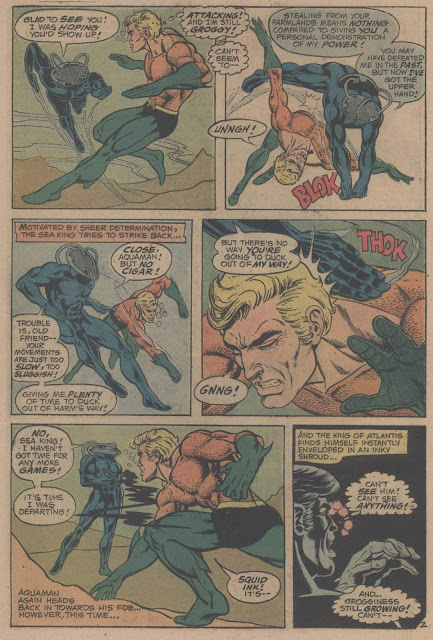 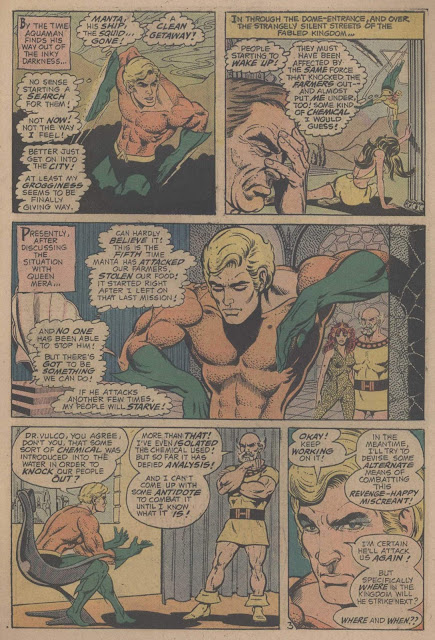 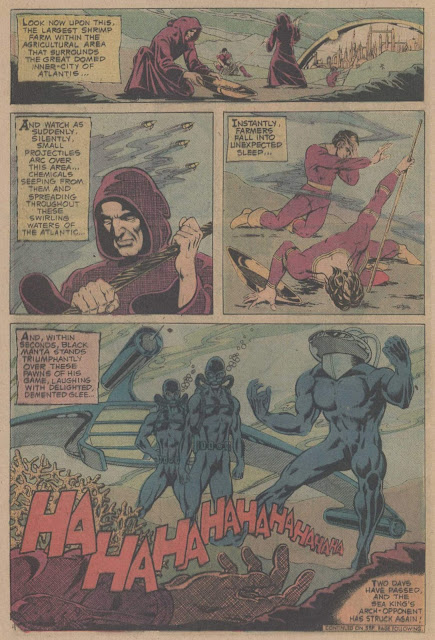 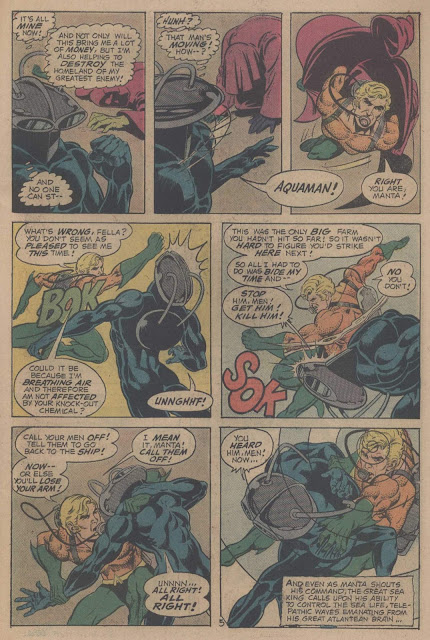 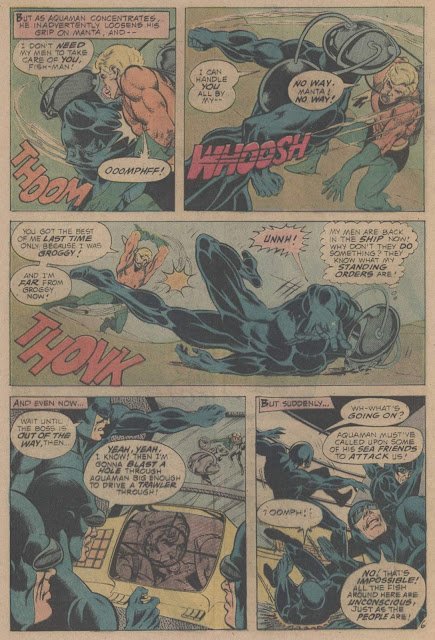 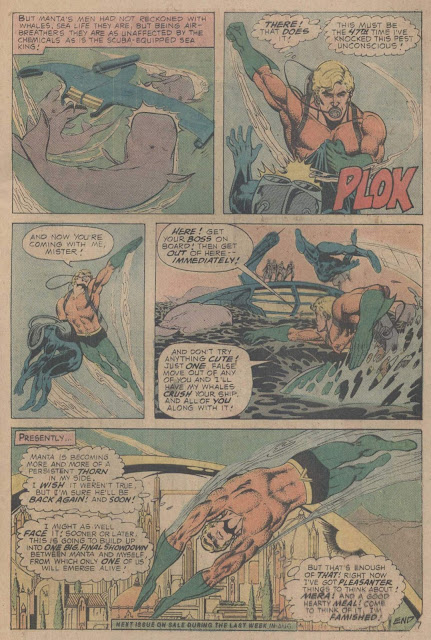 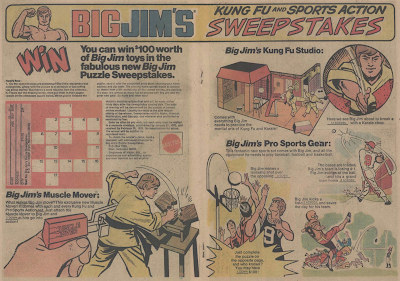 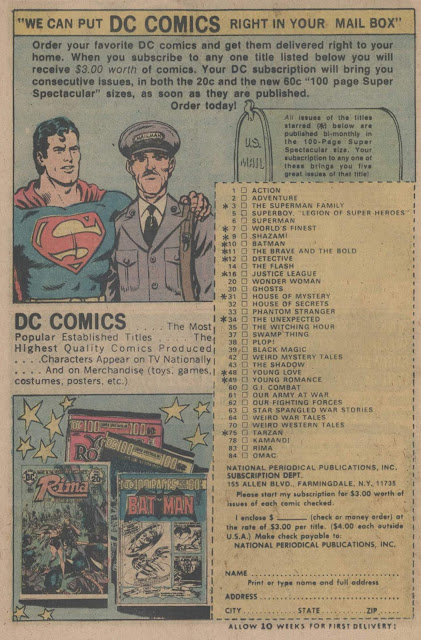