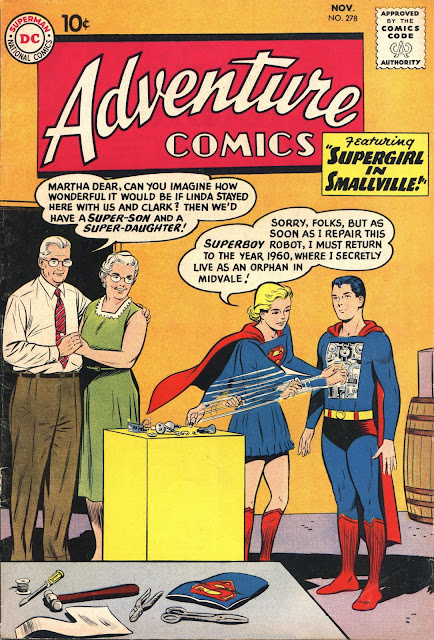 Here we have Superboy's first meeting with his cousin from the future, Supergirl. This is not to be confused with the issue of SUPERBOY below from eight months earlier in which, well, Superboy met his cousin Supergirl for the first time. Thanks to Martin O'Hearn for reminding us of that meeting which ended with Superboy's memory being erased. 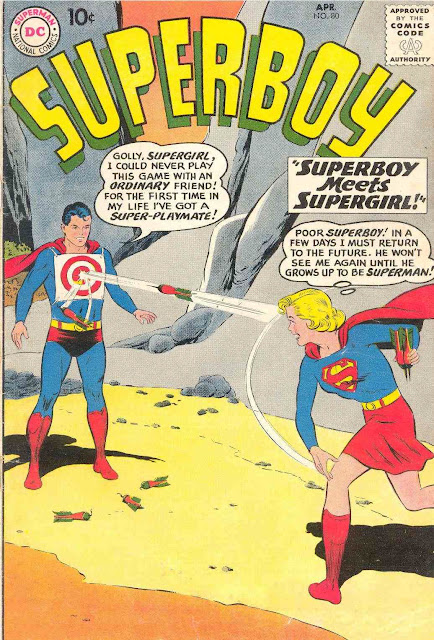 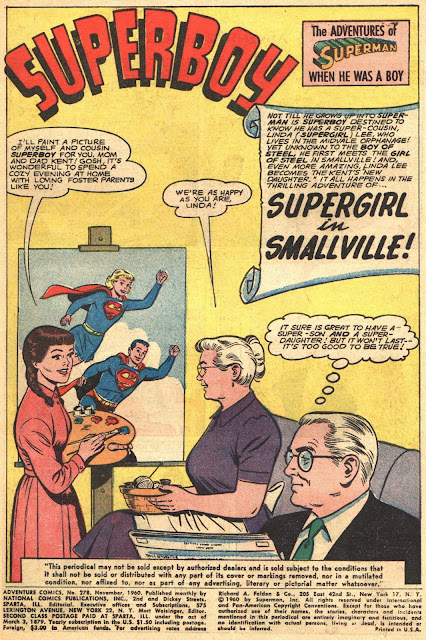 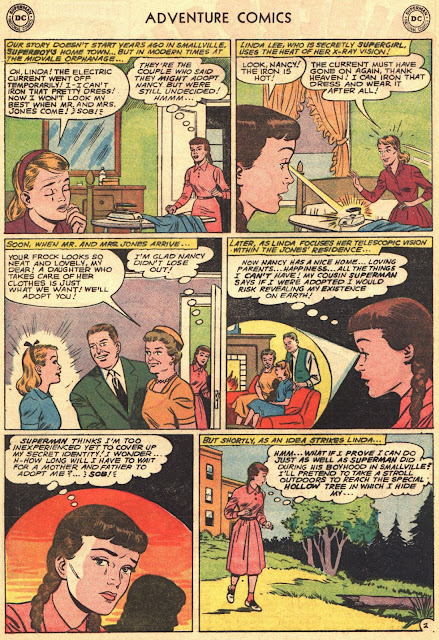 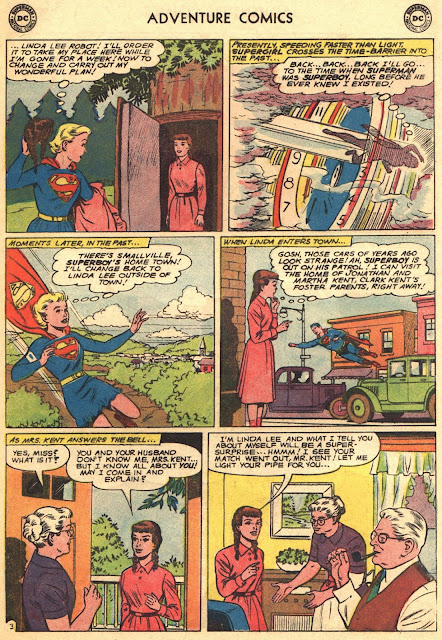 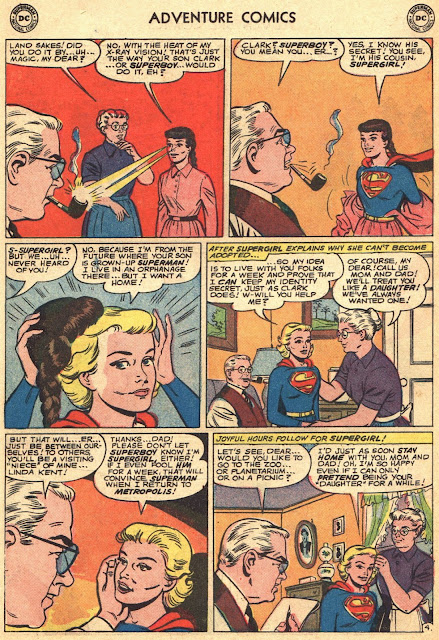 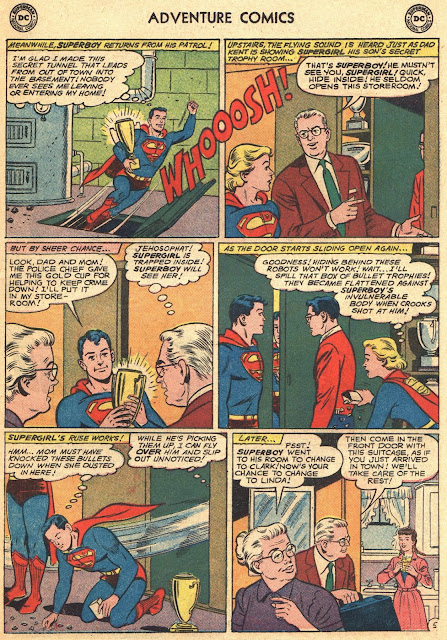 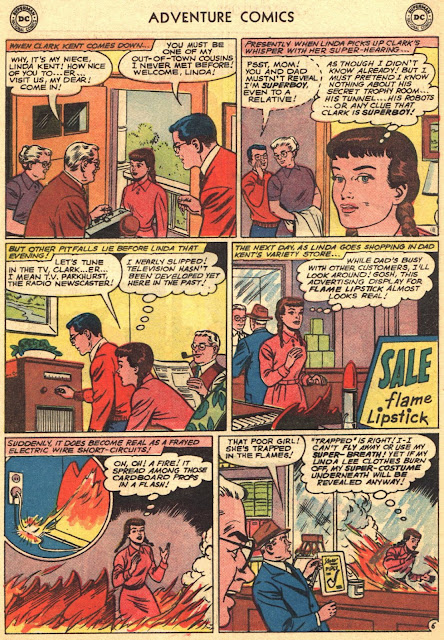 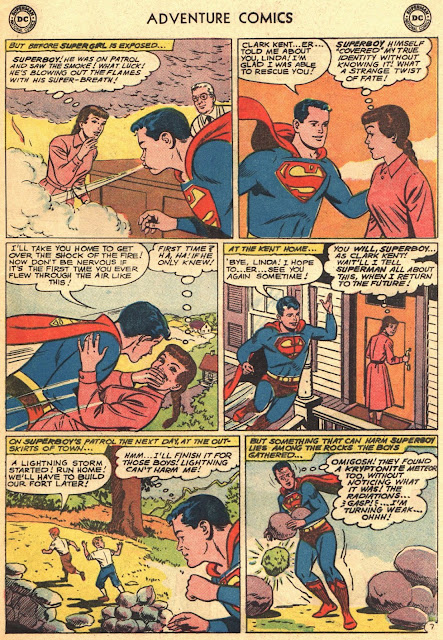 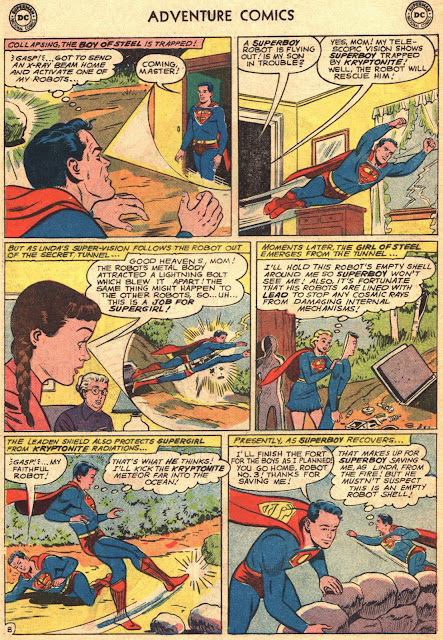 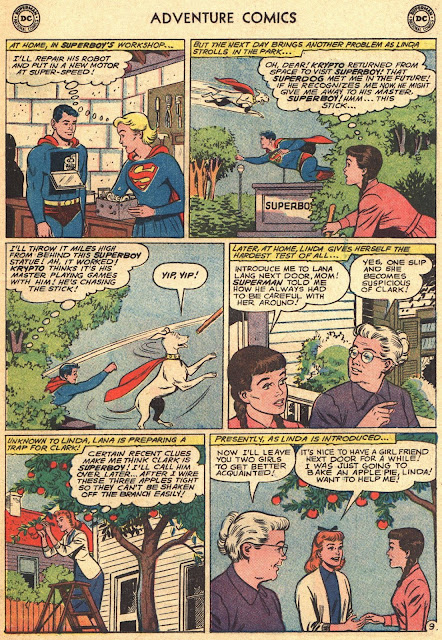 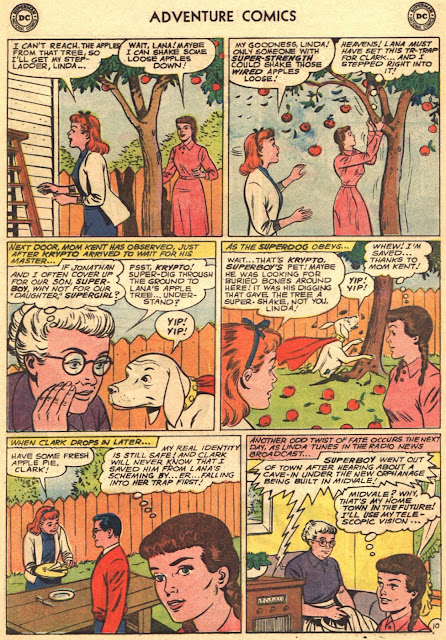 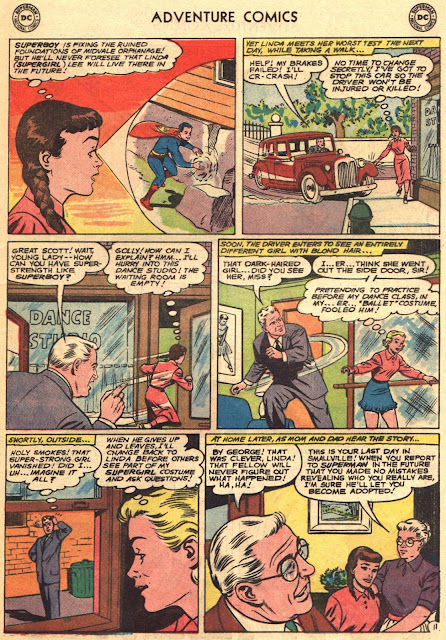 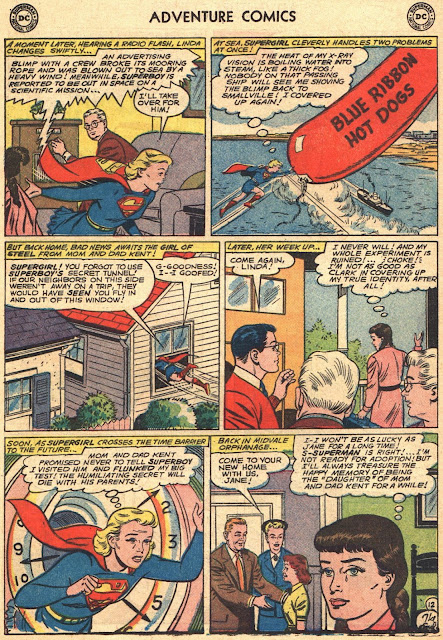 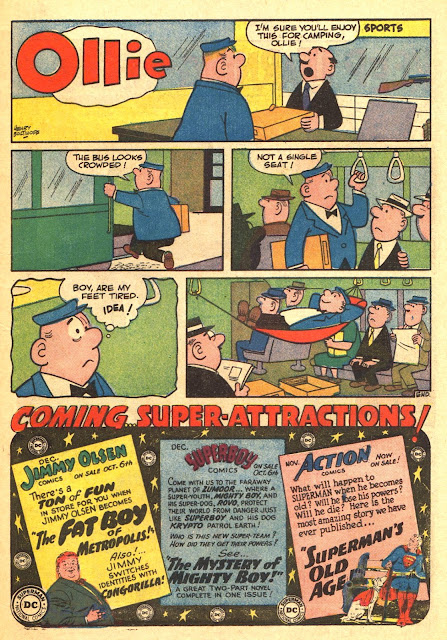 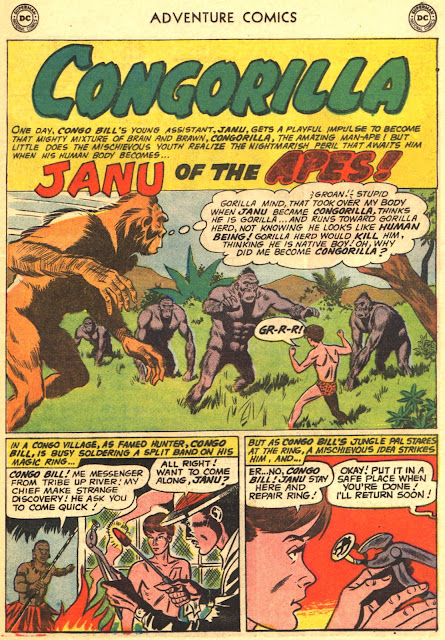 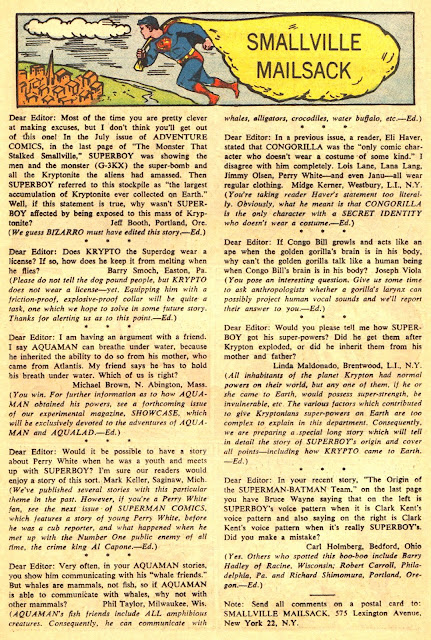 Here's an odd filler strip with a stogie-puffin' Pop! 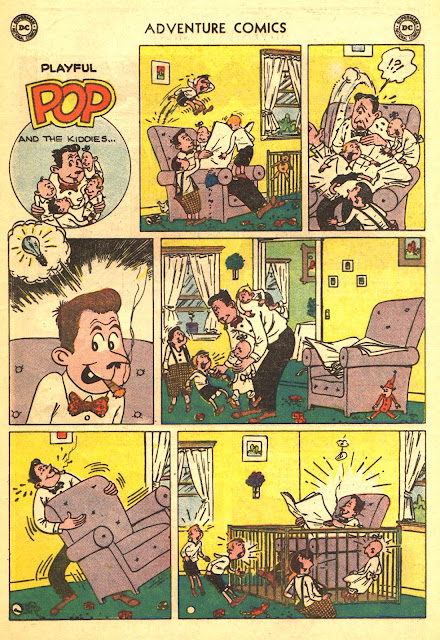 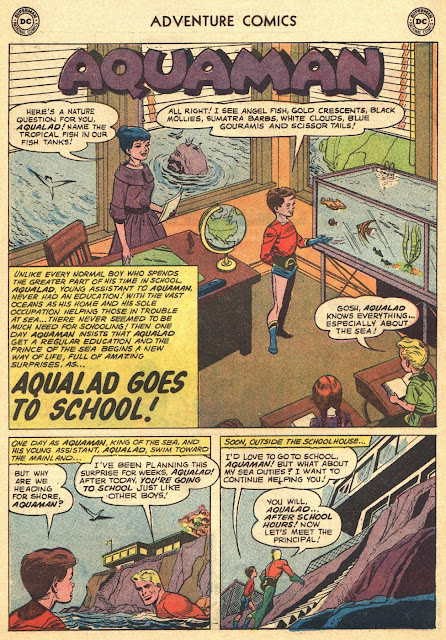