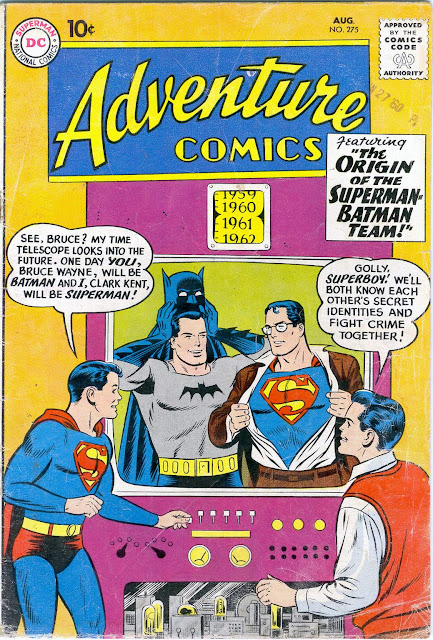 The Silver Age becomes even more Silver-Agey as young Superboy meets young Bruce Wayne in anticipation of their teaming as the World's Finest heroes. 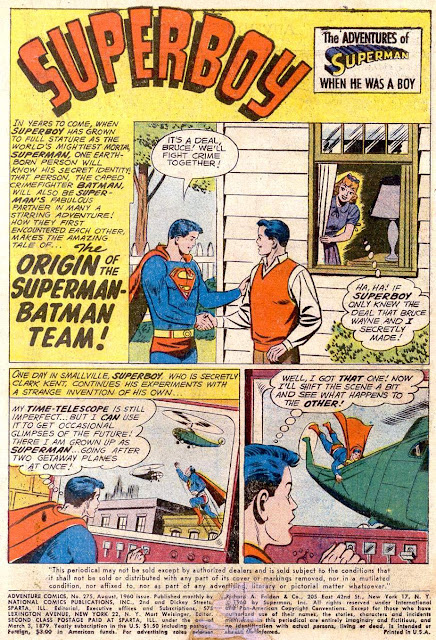 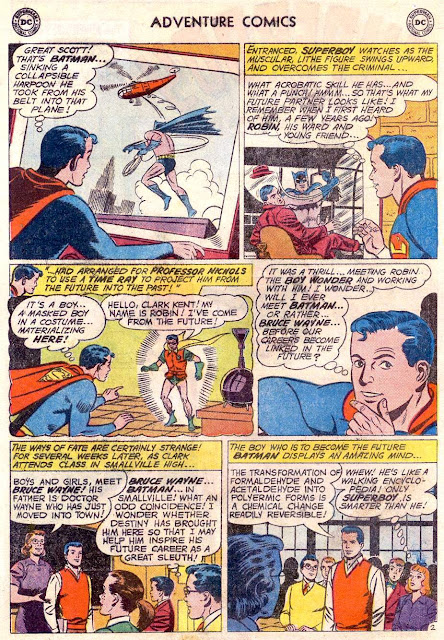 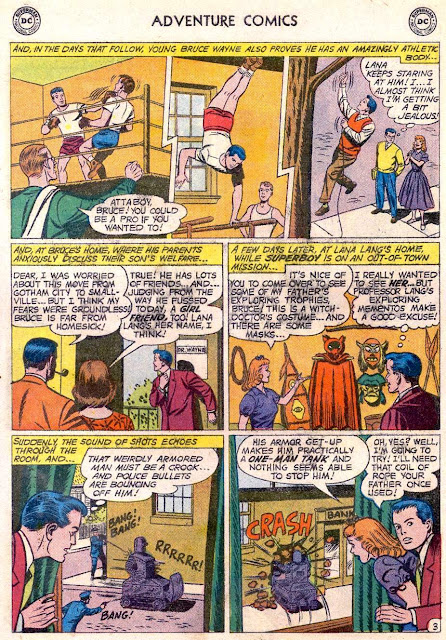 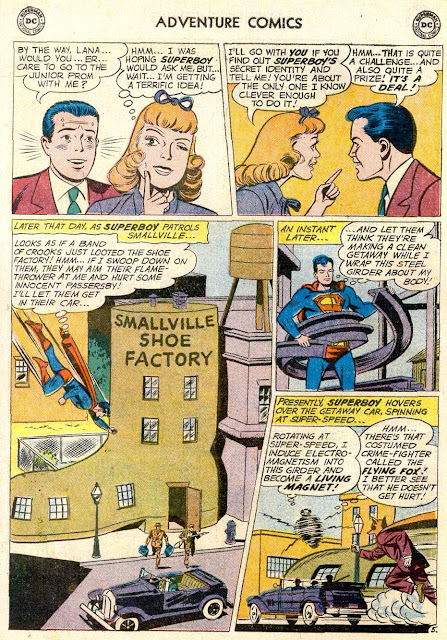 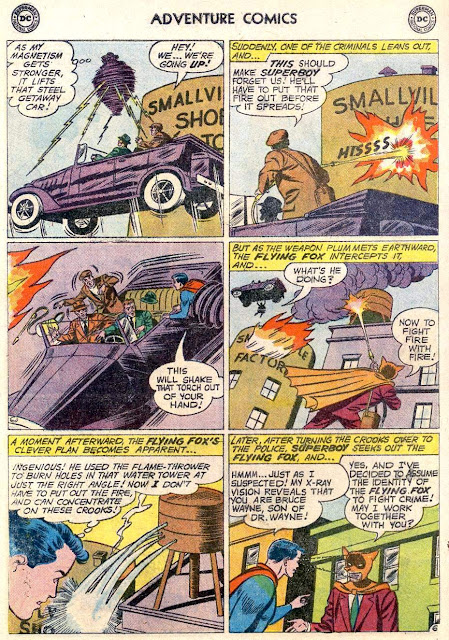 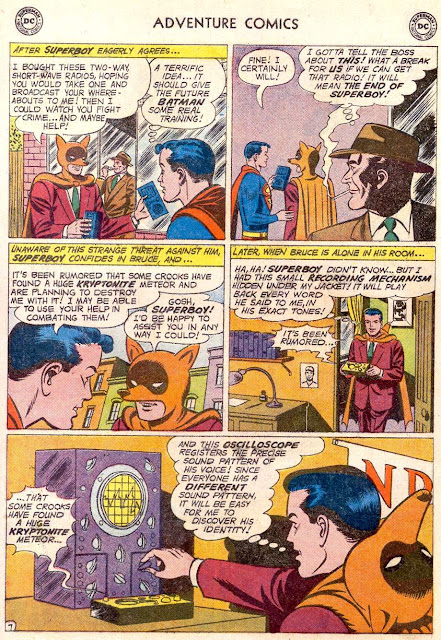 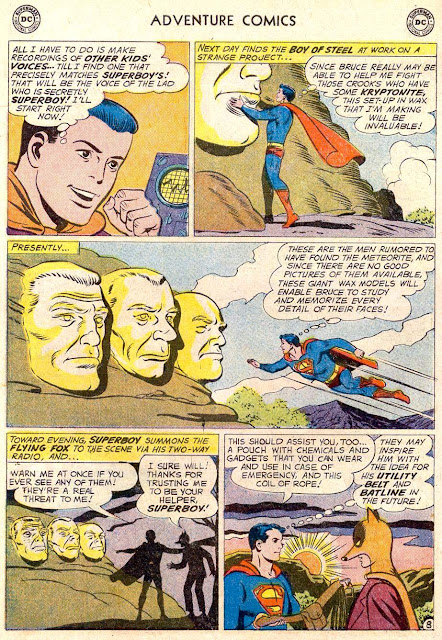 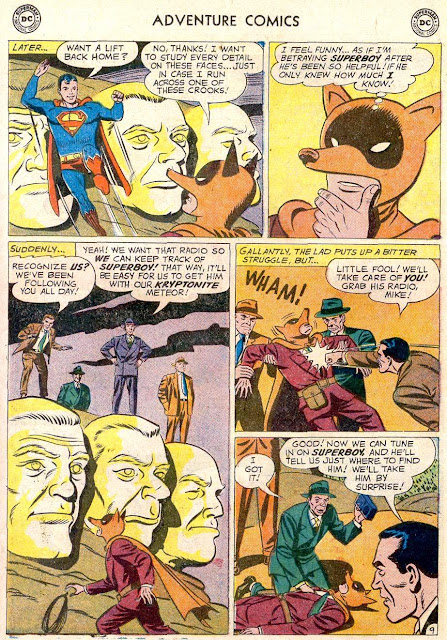 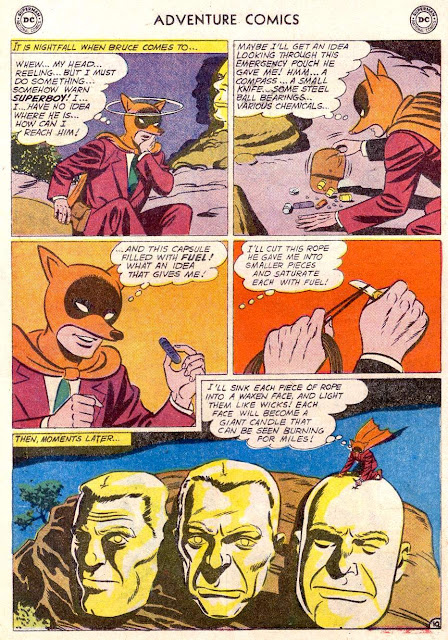 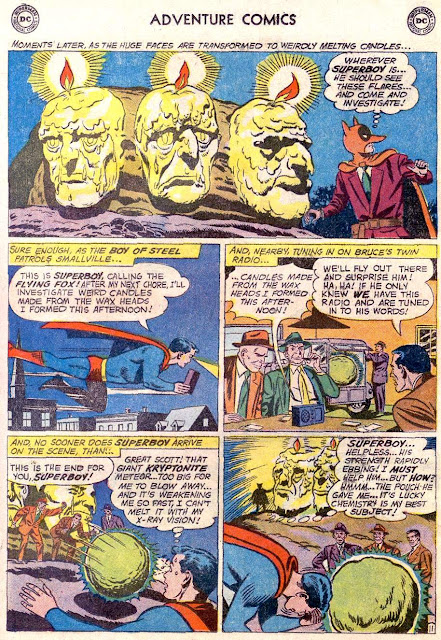 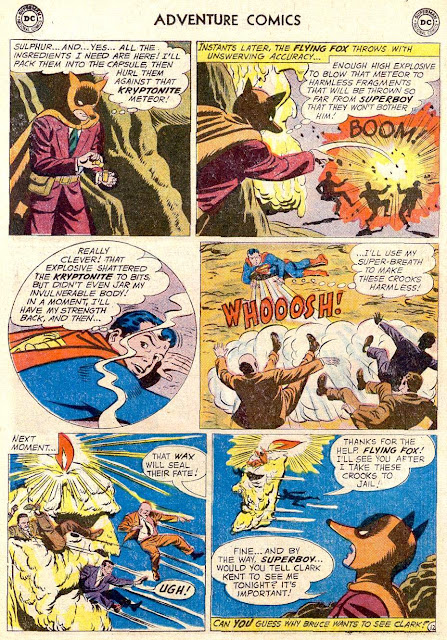 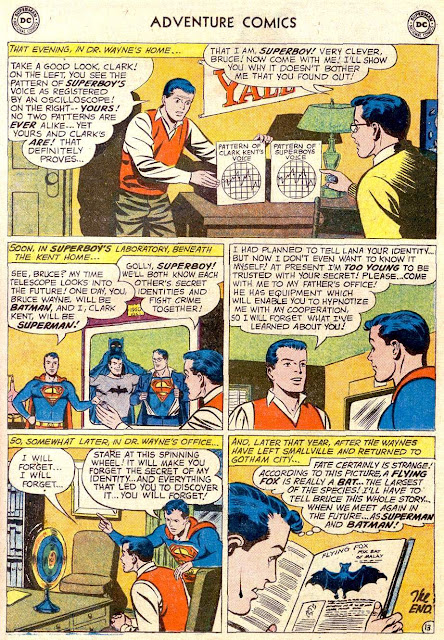 In answer to whether the LSH heroes would reappear, the current issue of ACTION COMICS is cited. See below. 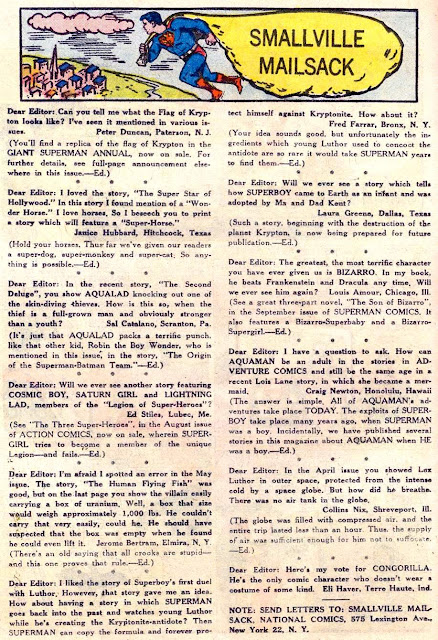 Here we see the first SUPERMAN ANNUAL that had been so highly touted in recent letters pages. 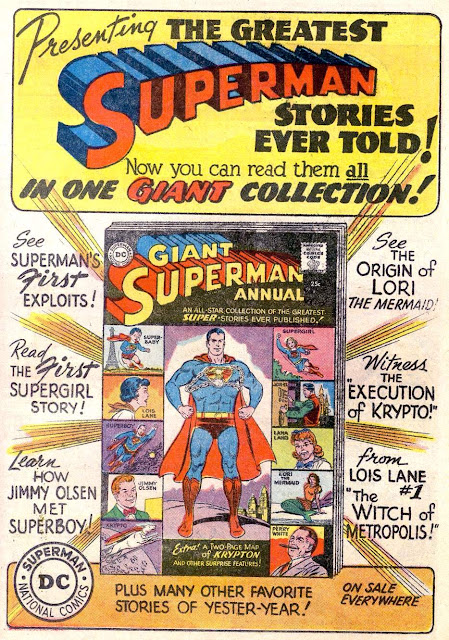 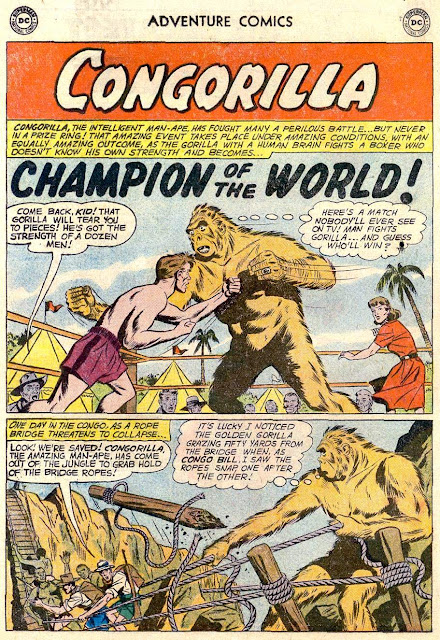 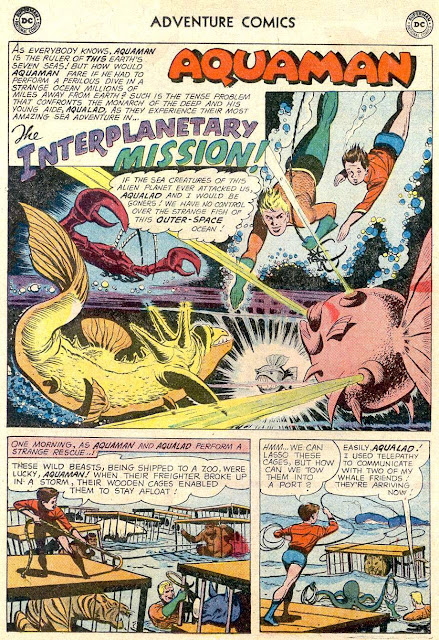 Meanwhile, over in ACTION, Supergirl was meeting the Legion of Super Heroes...albeit not the same ones that Superboy knoew. In fact, these were specifically stated as being the children of those original characters! For the first time, though, additional characters are introduced including Chameleon Boy, Colossal Boy and a very off-model Invisible Kid. This whole story was later retconned so that these WERE, in fact, THE Legionnaires rather than their descendants! 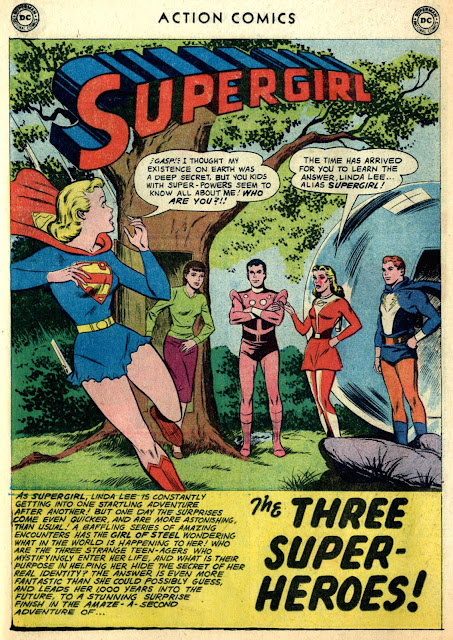 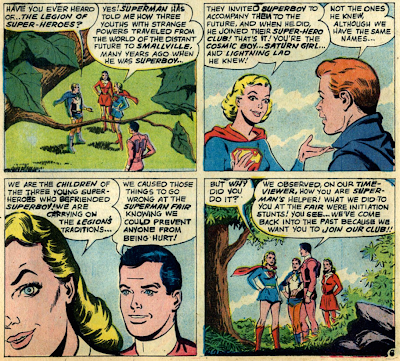 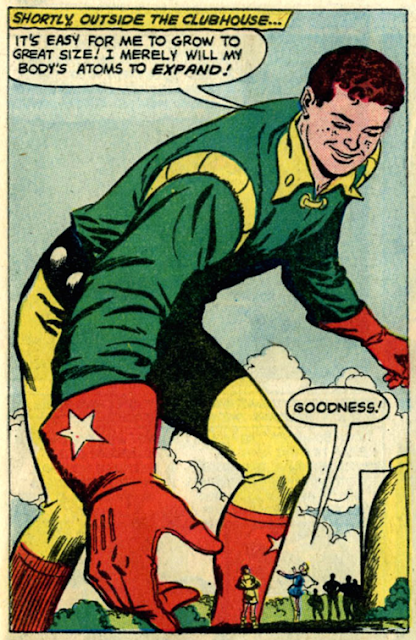 Posted by Booksteve at 9:14 AM