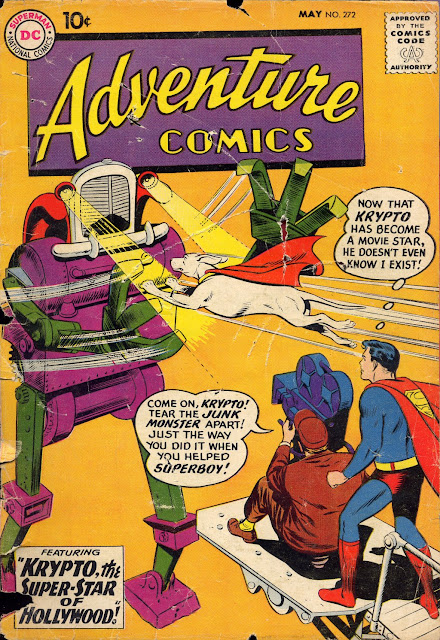 Here's Krypto being highlighted again. In retrospect, I can't help but wonder why he never got his own book. 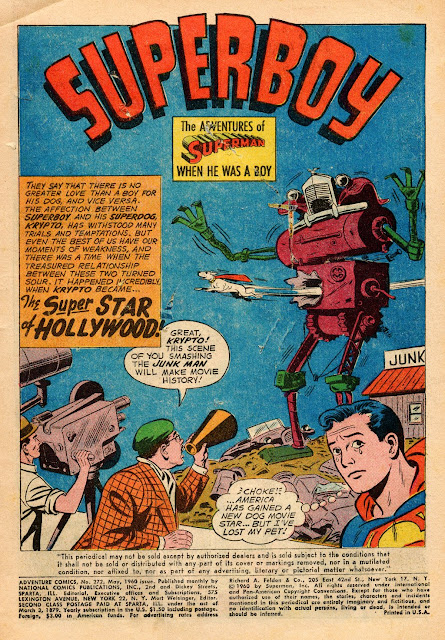 Note that once again Bizarro is in the Superman tale in that month's ACTION COMICS. The mail must have been really good as there had only recently been a new bizarro tale. 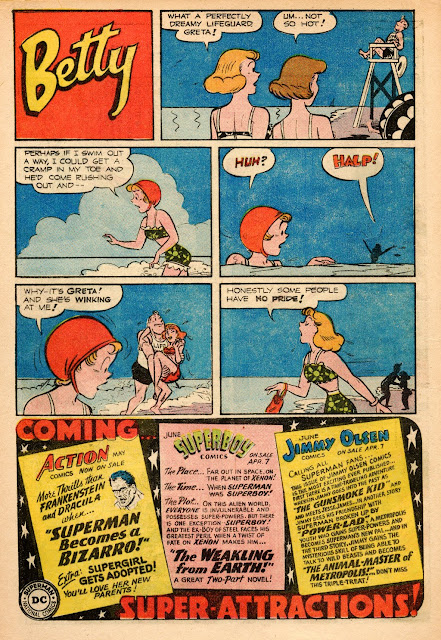 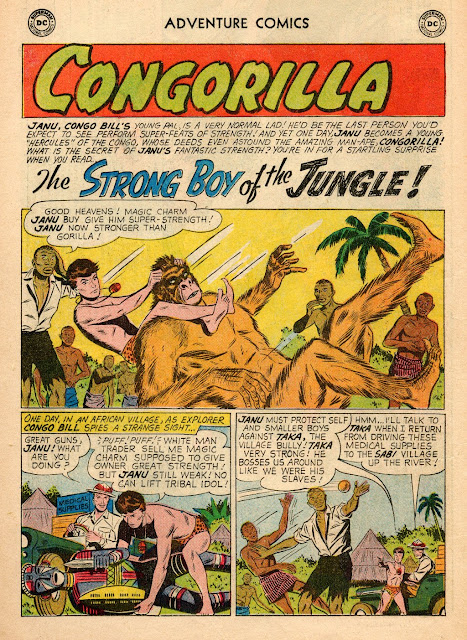 One LOC-writer suggests that a TV Superboy could be played by "Johnny McCain" who played "the deputy" on THE RIFLEMAN. Either the letter writer or the editor had never seen the series as they were referring to Johnny CRAWFORD, who played the SON on the series.  Not a bad suggestion, however. Much better than the suggestion the editor notes of the very ethnic-looking and accented Sal Mineo! 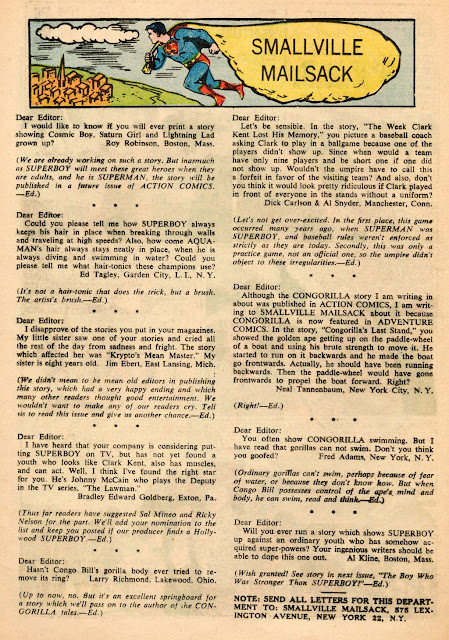 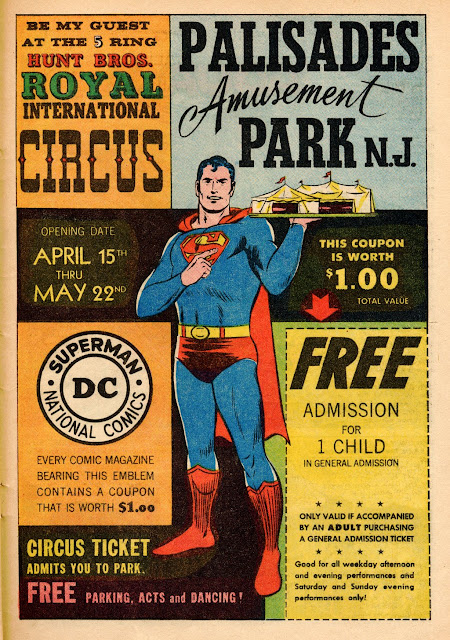 This issue's AQUAMAN tale, still being drawn nicely by Ramona Fradon, introduces the Human Flying Fish, a dorky character who, in the Internet age, has come to be a cult favorite among stupid DC villains! 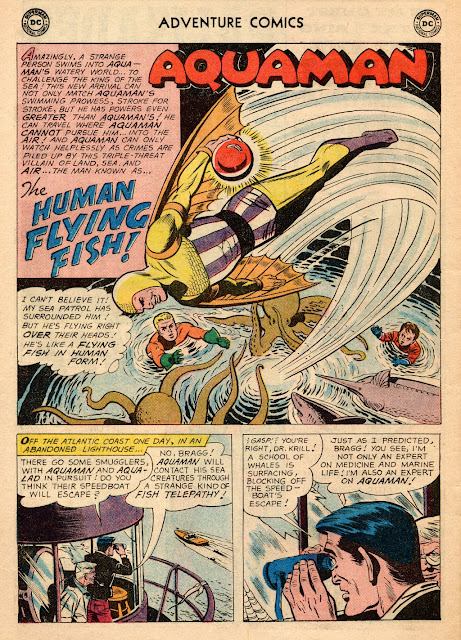 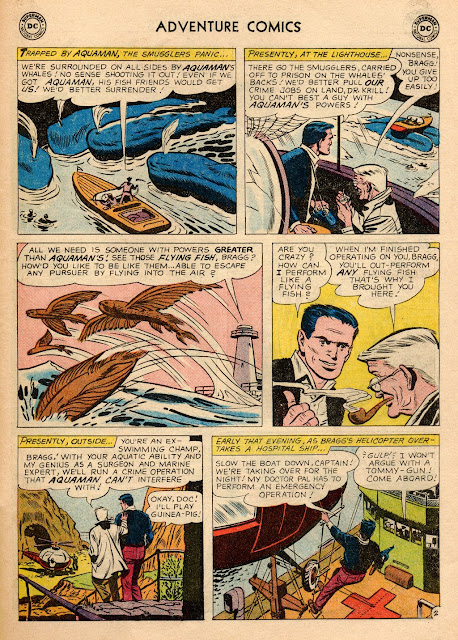 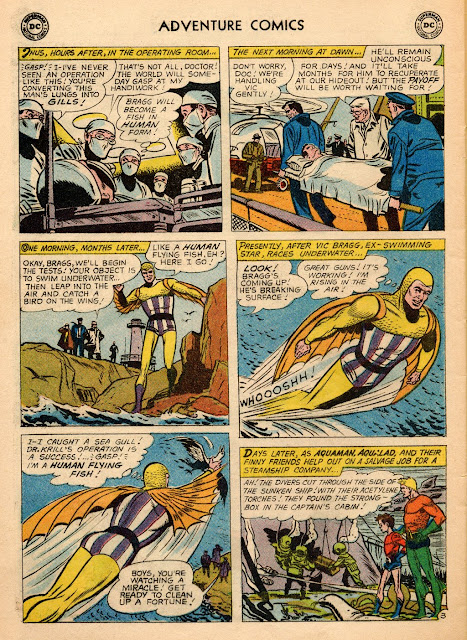 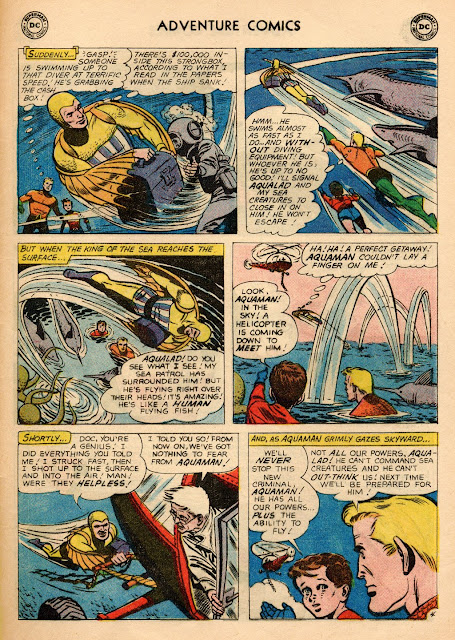 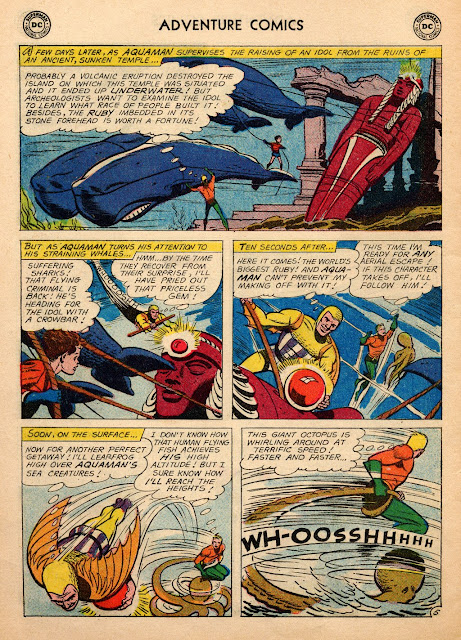 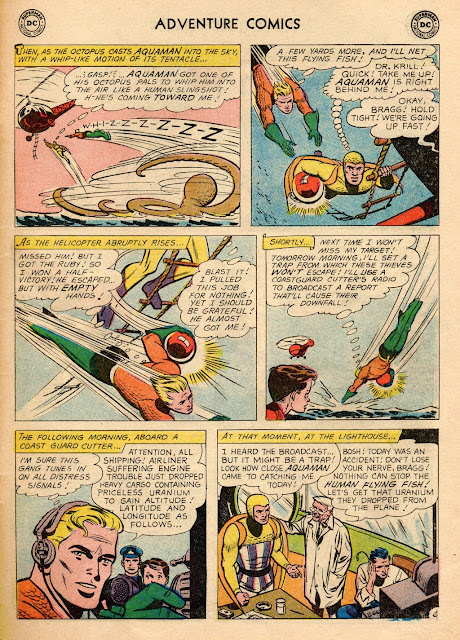 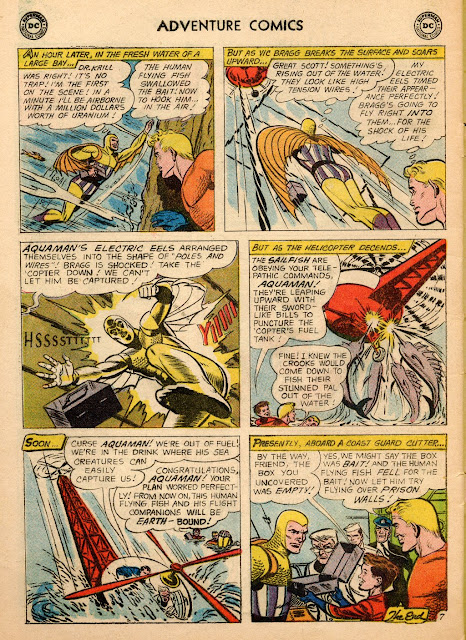