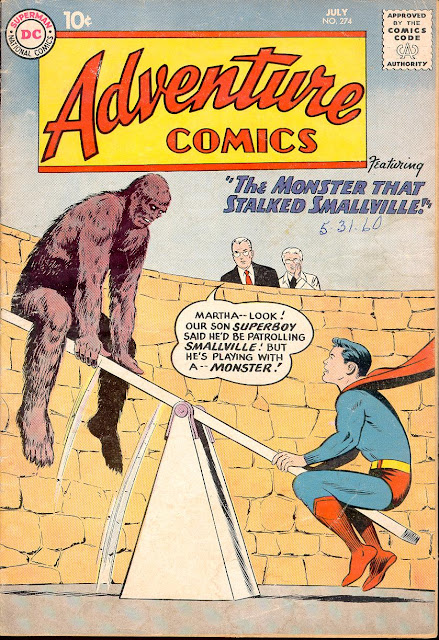 This is quite a good Superboy story  and the alien in it looks enough like a gorilla that sales were probably good. 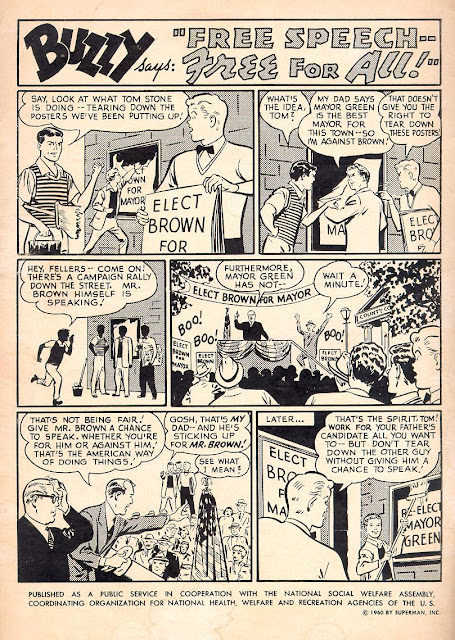 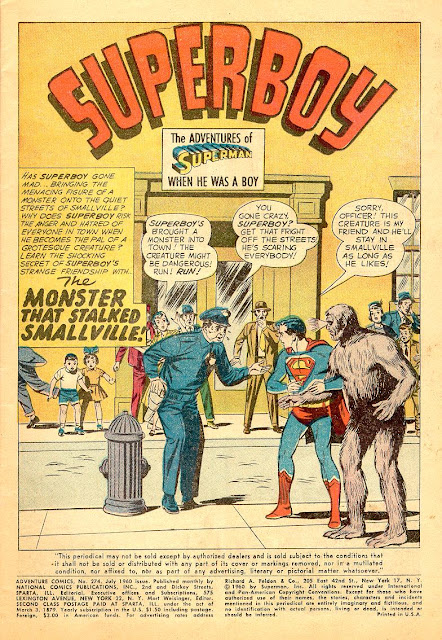 GL gets his own mag and was, as we saw from an earlier ad, already appearing in JLA stories, too. 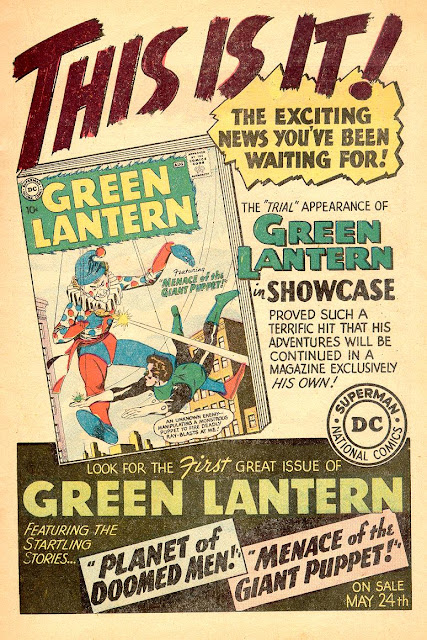 Aqua-QUEEN? Not yet. Not really. Mera was still a ways away. 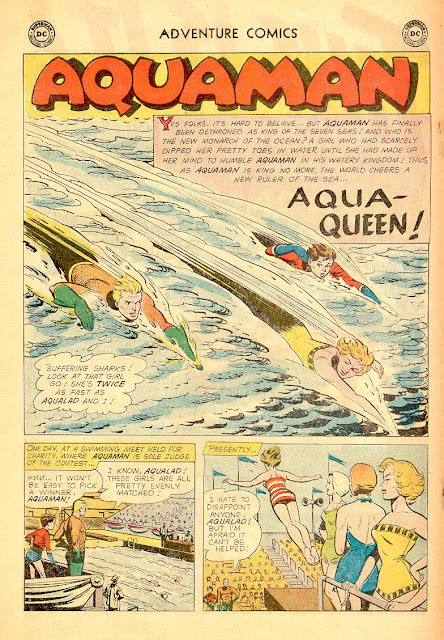 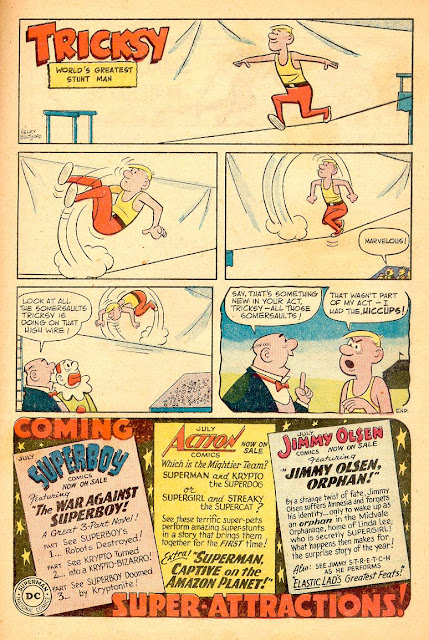 A letter here praises "last issue's" Superboy meets Supergirl story and suggests that the editors do a teenage Bruce Wayne meets young  Clark Kent story. We are assured that such a story is coming up in the next issue...which it is. Unfortunately, the Superboy meets Supergirl hasn't run at all yet and is still a few issues after this! Another letter completely made up to plug the following month's story? 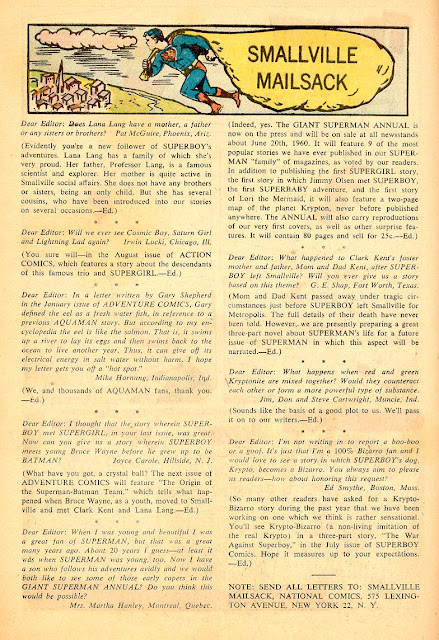 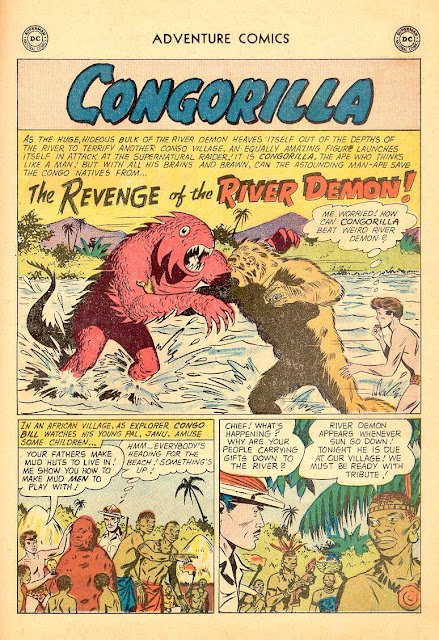