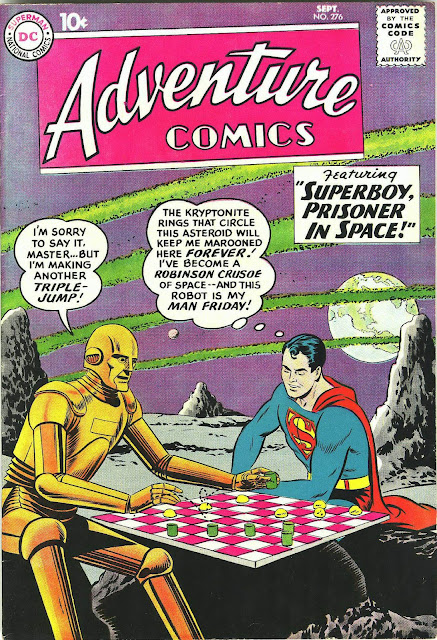 Superboy meets a young C-3PO this issue! More or less. 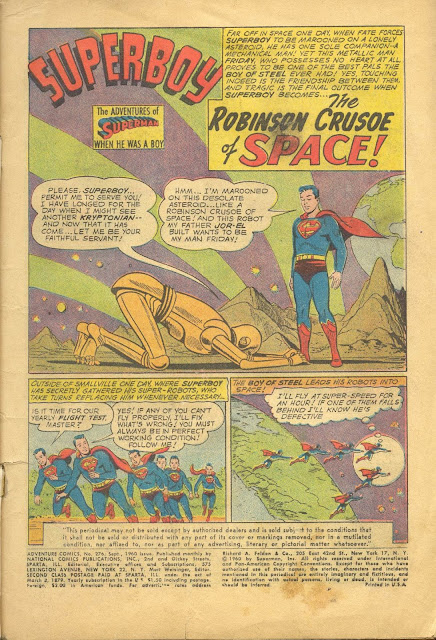 Bike PSA's and bike ads were very prominent in comic books for years. I've never ridden a bike at all but just about everyone I knew in the early sixties did. 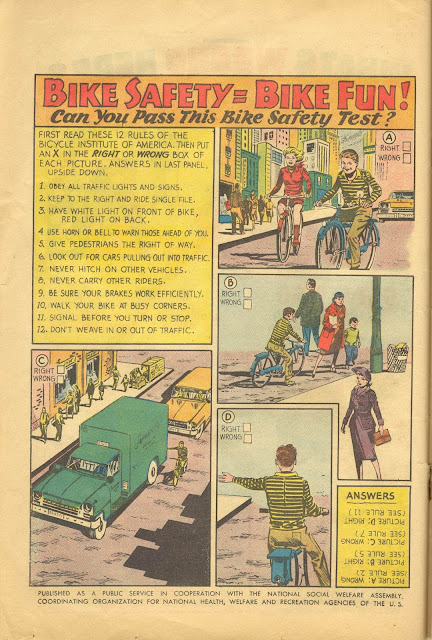 Note, once again, Bizarro. The character was appearing with more and more frequency. Someone was starting to try to devise a Bizarro series by this point I have no doubt. 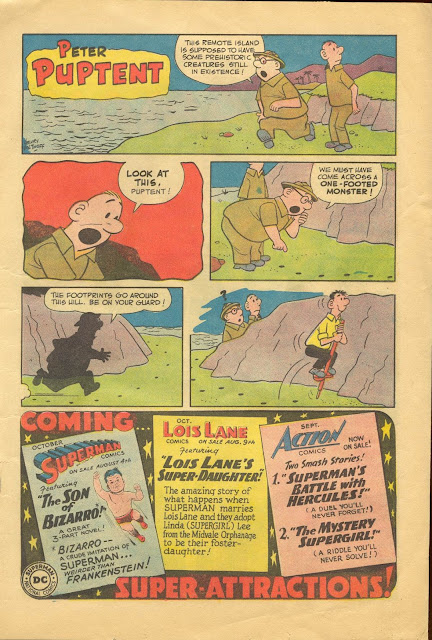 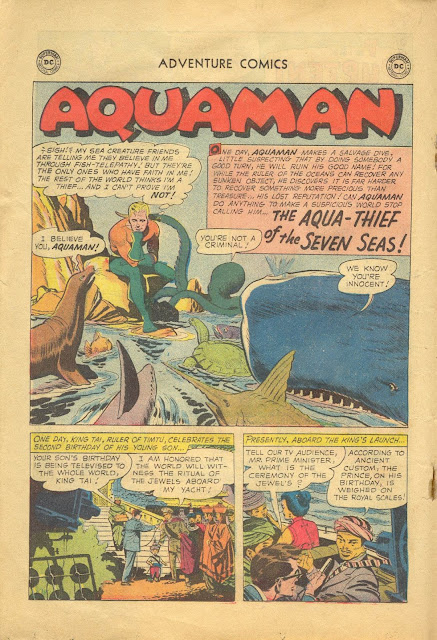 Uncle Mort goes on record with Supes' having a deep faith in God but wisely won't name his religion or political preference. 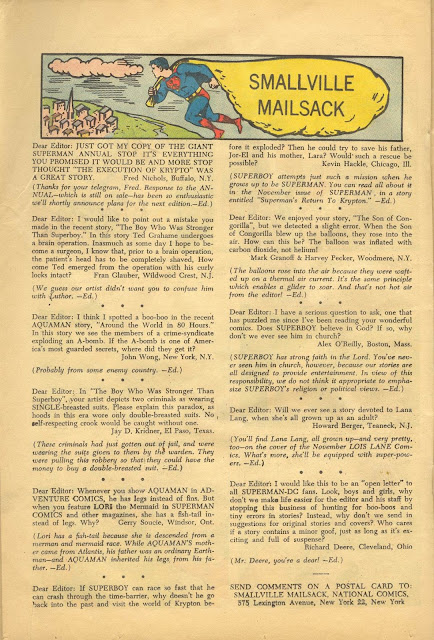 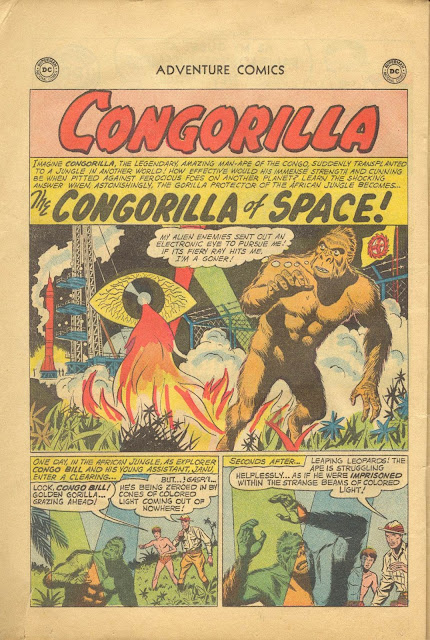