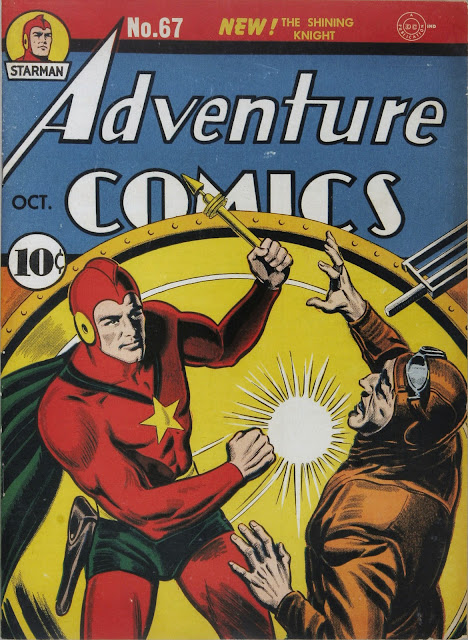 A stunning Starman cover this time around that does finally get around to plugging the new SHINING NIGHT feature, also.
This issue also introduces DC's Editorial Advisory Board, a group of high-falutin' folks whose endorsement was meant to show that DC had nothing but wholesome comics for kids (never mind the examples of violence we showed recently from this title alone). From what I have read, few of them took any real hands on interest and rarely saw any of the comics. The exception was Josette Frank whose influence would be felt immediately as she took over ADVENTURE's occasional book and movie review column. Her name would be associated with DC throughout the decade. 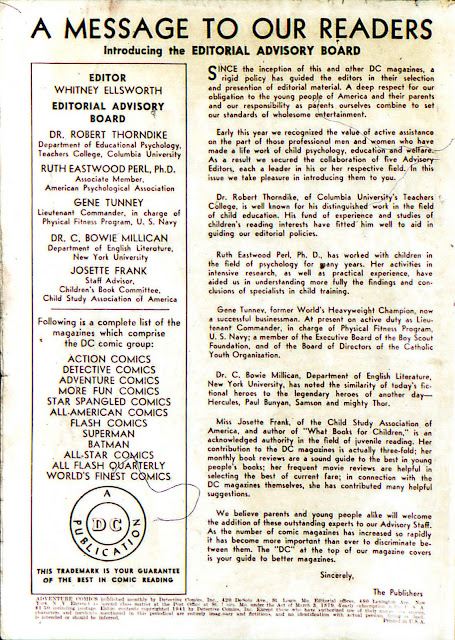 This issue sees the debut of THE MIST, Starman's signature villain and, as drawn by Jack Burnley, a genuinely creepy character. I've wondered if perhaps Stan Lee and Jack Kirby's Red Ghost character in the later FANTASTIC FOUR title might have been inspired by vague memories of The Mist. 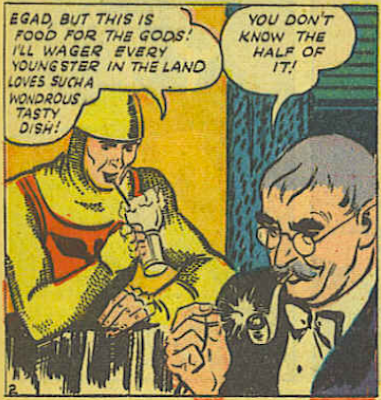 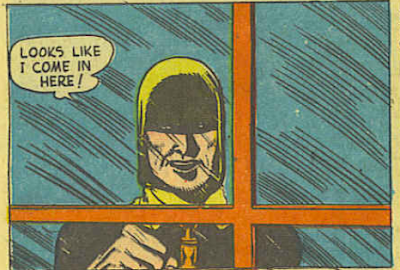 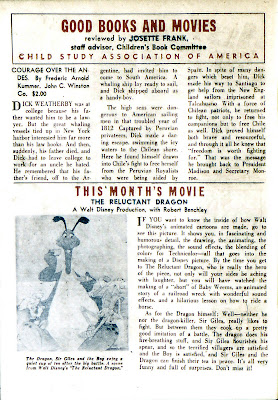 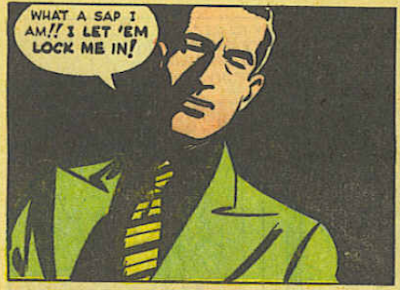 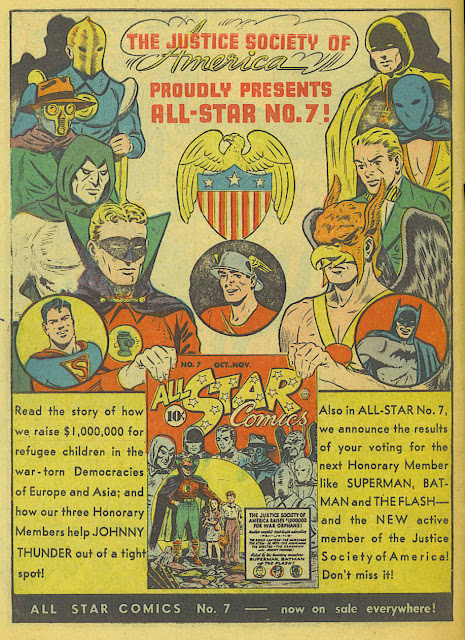