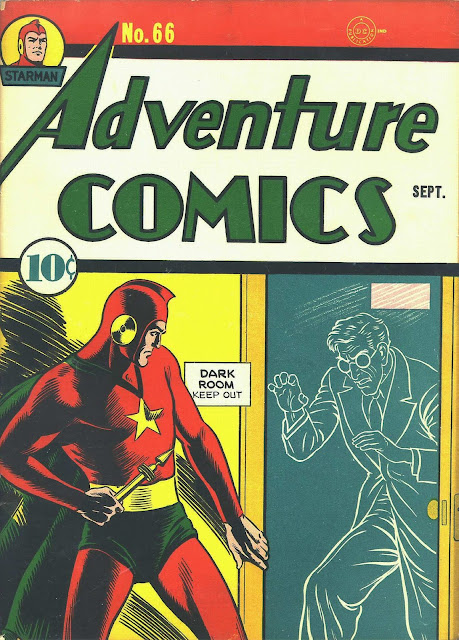 Since the previous issue, Starman (his star missing in the splash below) has owned the upper left-hand corner held so long by Sandman. Not only does that continue this issue but there is no mention at all of the new series debuting in this issue that will stay around for quite a while. 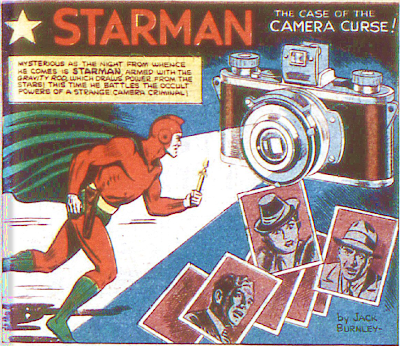 That new series is THE SHINING KNIGHT. This replaces COTTON CARVER and is credited to Creig Flessel, arguably the most important artist connected with ADVENTURE COMICS in its early days. The character would also appear with the Seven Soldiers of Victory in LEADING COMICS. 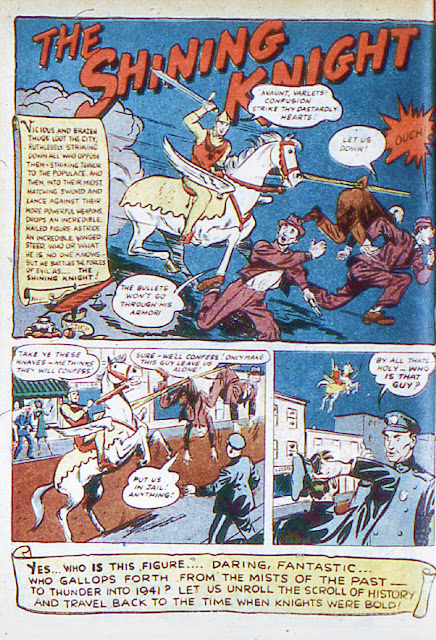 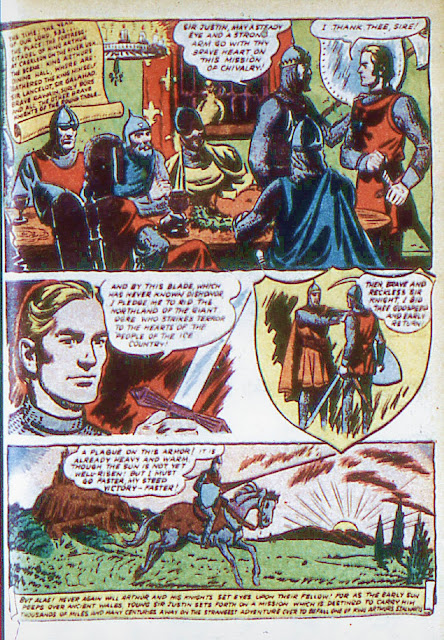 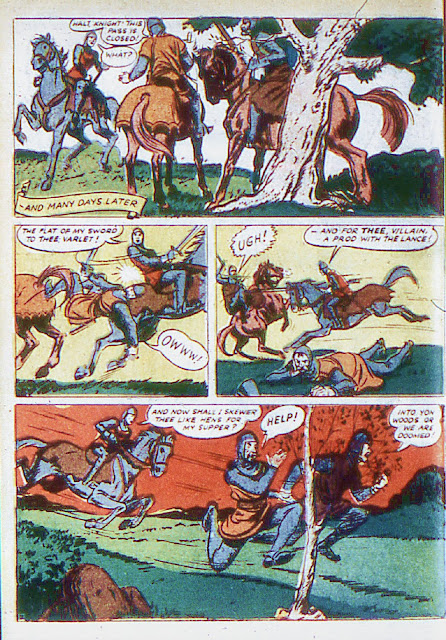 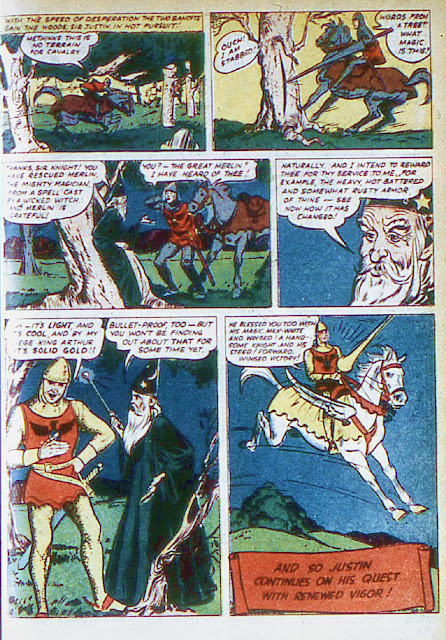 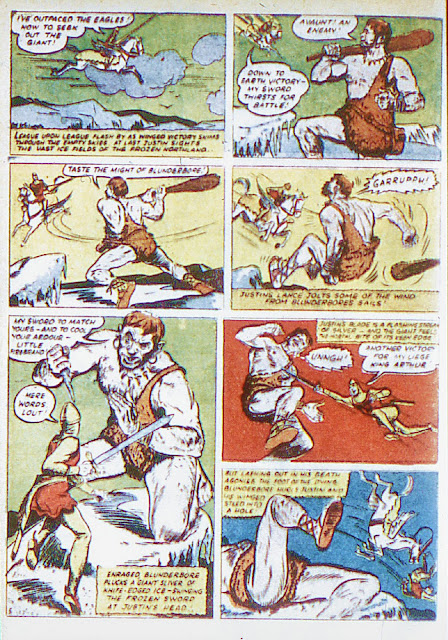 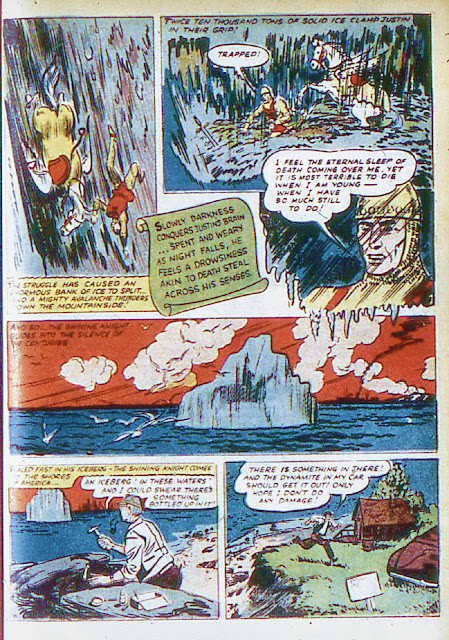 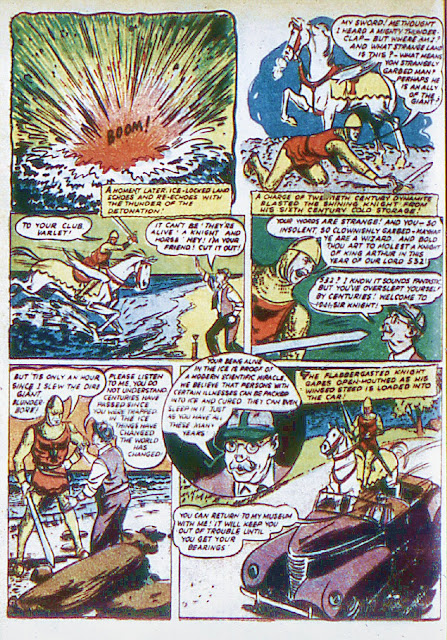 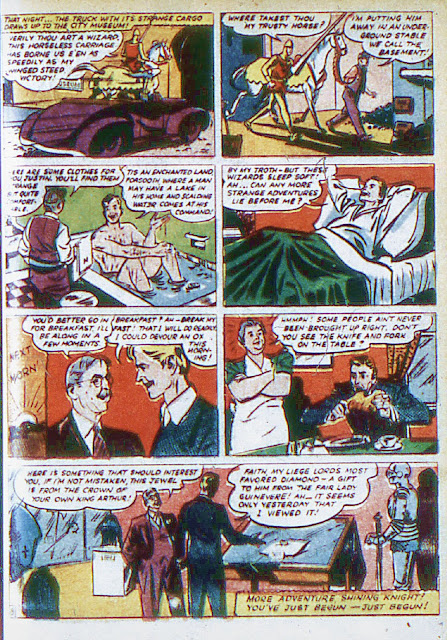 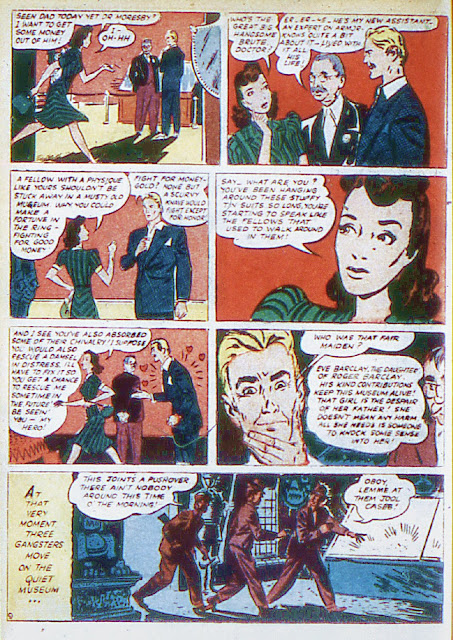 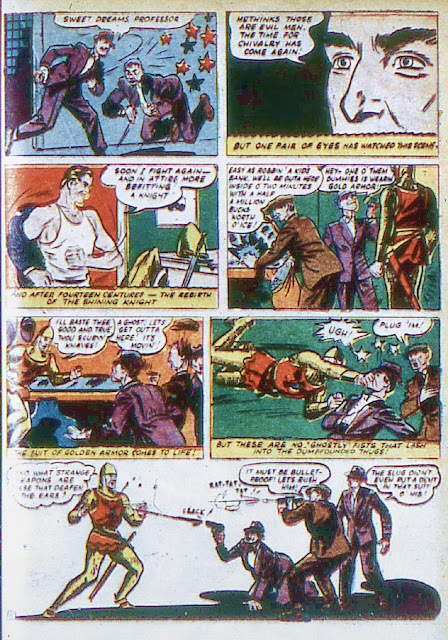 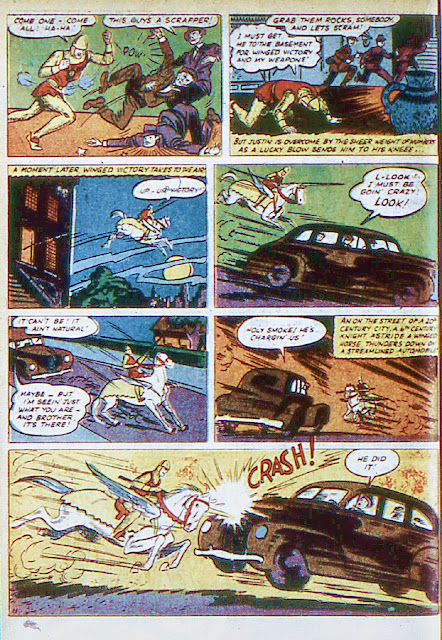 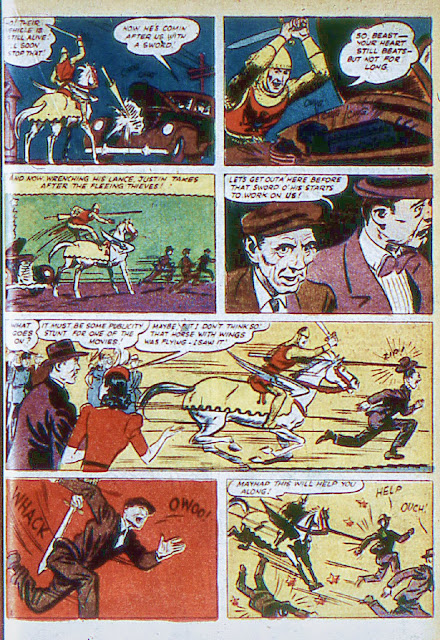 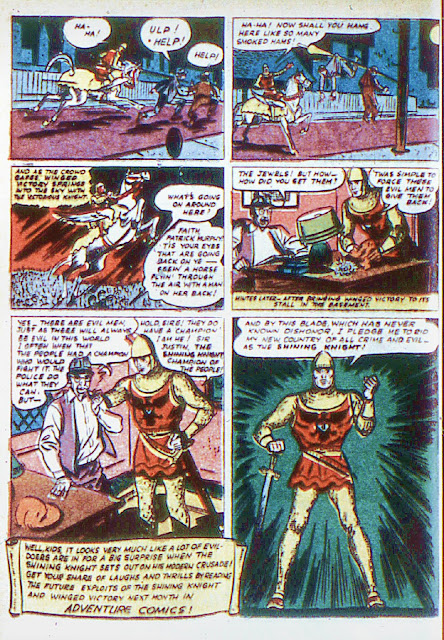 Here they go again. With Superman leading the way, DC rode its own wave by coming out with yet another superhero comic book. STAR SPANGLED COMICS in its early days toplined The Star-Spangled Kid, often in a couple of stories per issue. 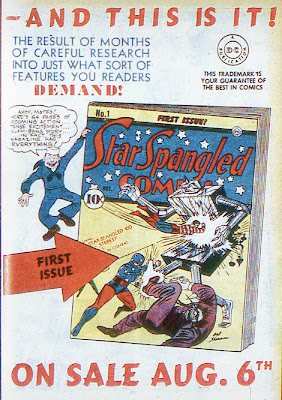 Was this the first appearance of Clancy the Cop? Although a minor, minor character, Henry Boltinoff would continue to use him for at least the next 25 years or so. 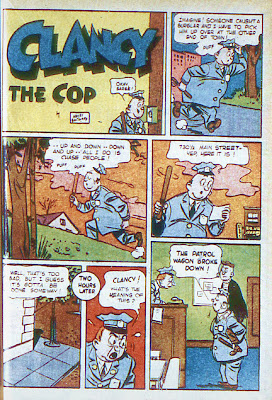 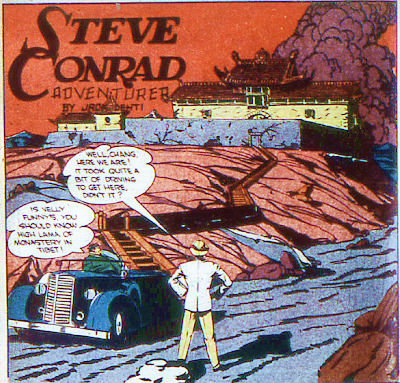 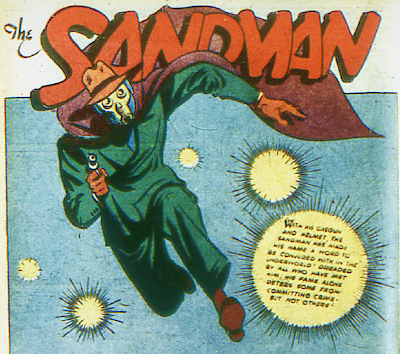