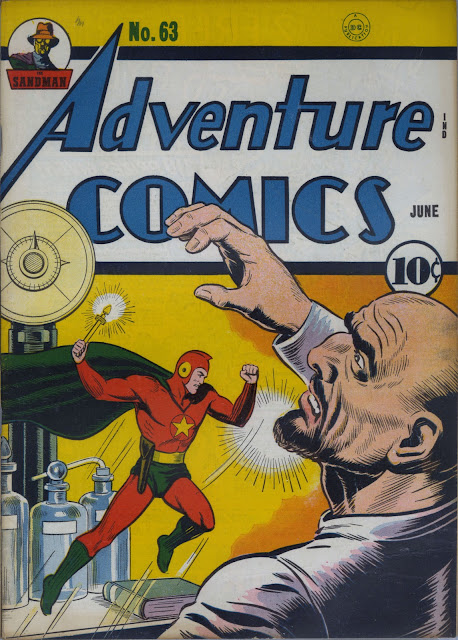 Starman looks more like The Atom here than his normal self. This issue marks the last appearance of the circle around his star. 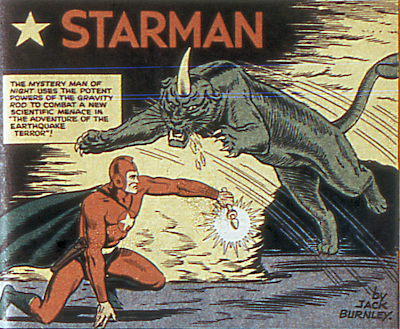 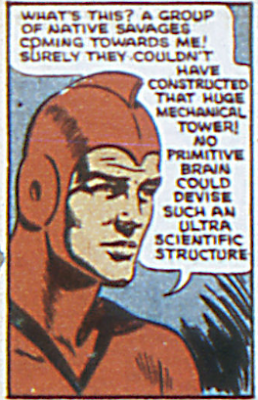 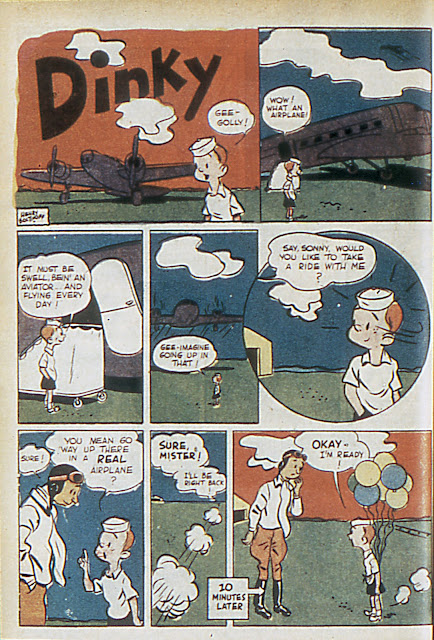 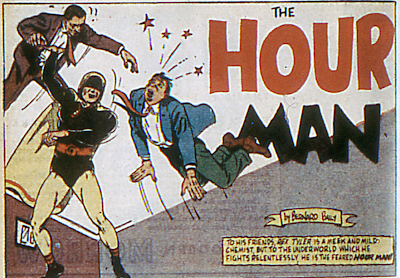 Note that Mrs. Roosevelt has an inspiring message in the new issue of ALL-STAR COMICS, signaling the significance that that title has gained so quickly amongst the DC regulars. 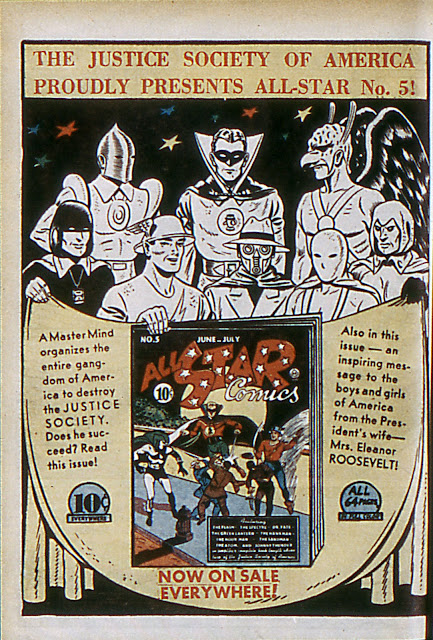 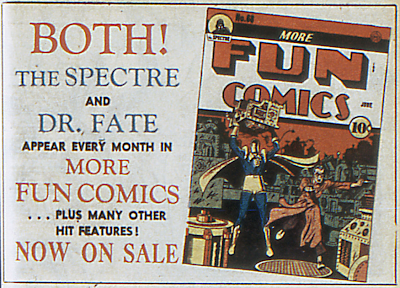 Although still drawn by Flessel, Wes Dodds seems to be sporting a Stetson here in this splash for no apparent reason. Note that the African witch doctor, although very detailed, has much personality and still looks a hundred times less stereotypical than many black characters of this era in comics! 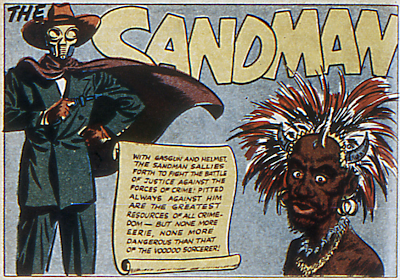 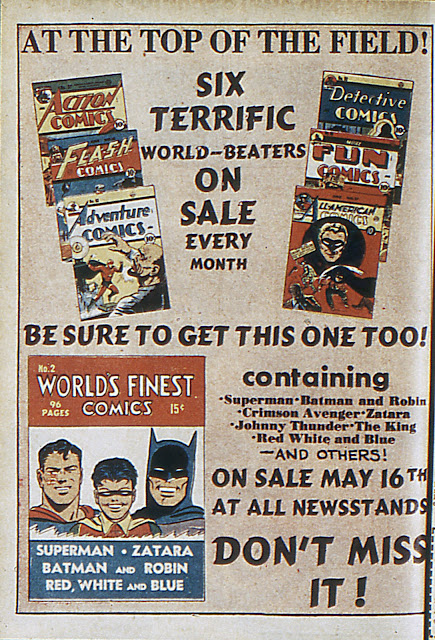 One of the most consistently advertised products in early comic books was fireworks. It would be interesting to know how many of the thousands of children maimed or killed by now illegal fireworks during that period were seduced into getting hem through the comics. 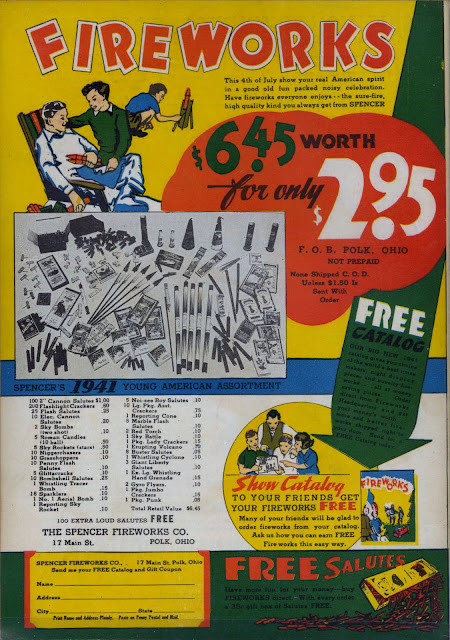