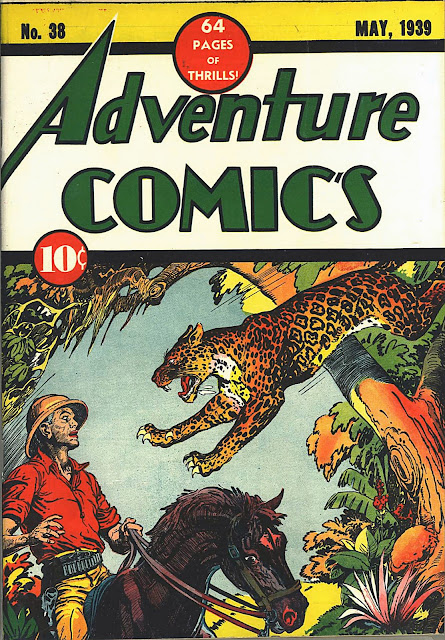 Maybe it's only because I know that something cool is about to happen in two issues/days but it continues to seem as though this title is simply coasting at this point. Some of the art looks sloppy and features come and go such as ADVENTURE EVENTS which made its debut two issues back, then went AWOL last issue, only to return again now. 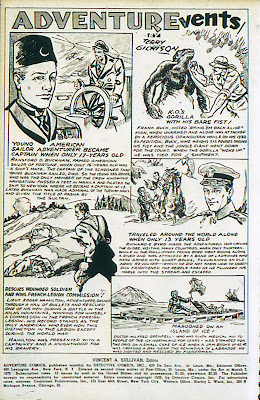 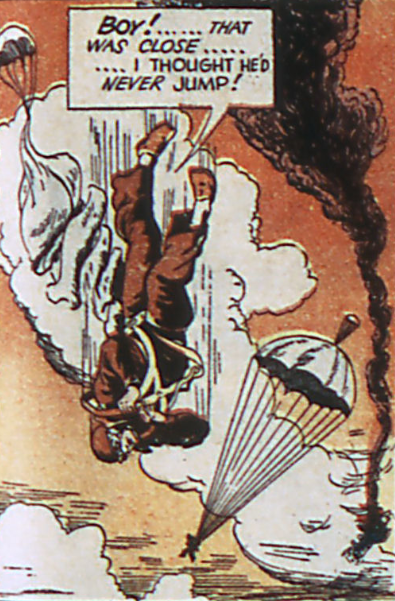 Keep in mind that despotic madmen with dreams of ruling the world weren't just fiction in 1939. In fact, they were practically a dime a dozen. Some even looked at President Roosevelt as one when he ran for an unprecedented third and later fourth term! 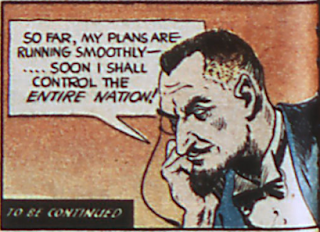 Again, The Batman gets singles out for special promotion. The strip on this page was by the talented Chares Biro who would soon go one to be one of the main men behind the Lev Gleason comics company which published DAREDEVIL and CRIME DOES NOT PAY. 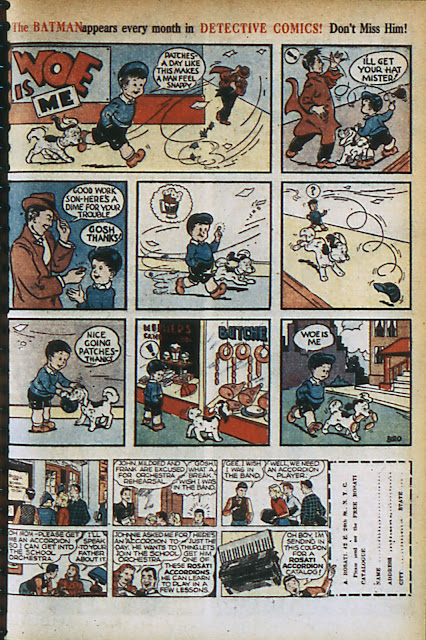 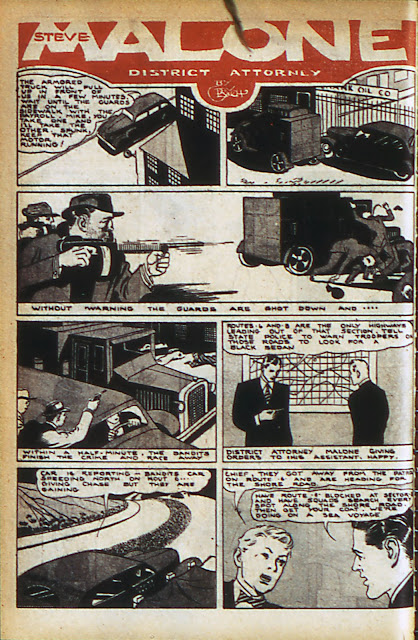 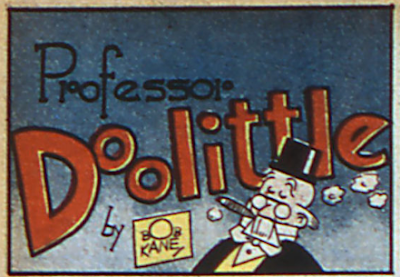 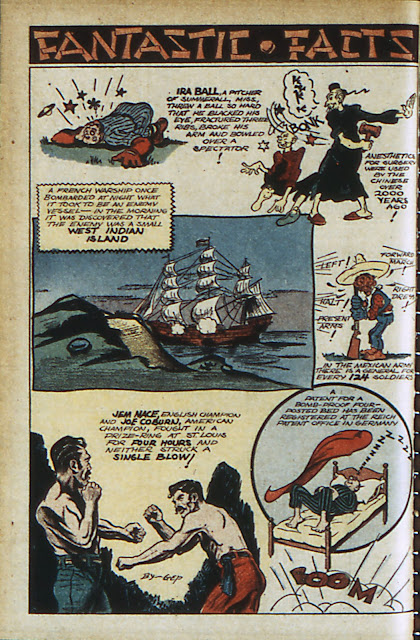