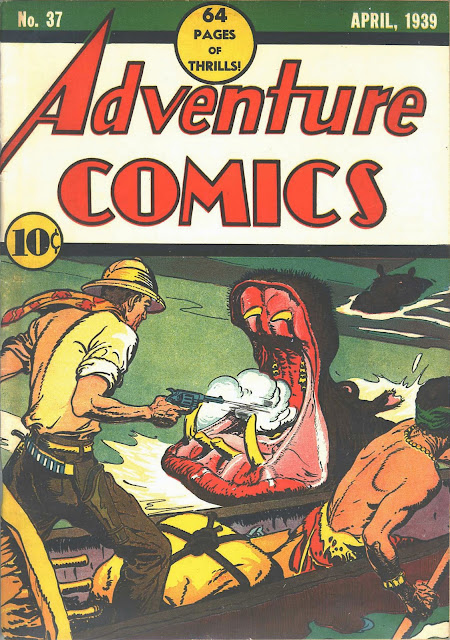 John Richard Flanagan's pulpy covers continue as the book itself seems to me to be coasting, waiting for...something. The serials have largely become repetitive and violent, the humor strips more and more obviously just filler. Longtime gag strip GOOFO THE GREAT appears for the final time in this issue.

BARRY O'NEIL continues to be the flagship serial now that FEDERAL MEN has been notably dulled down. GCD even credits this period to the Shuster "Shop" rather than Shuster. 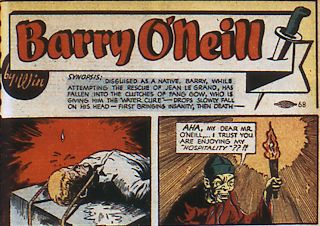 As far as RUSTY & HIS PALS, Bob Kane's life was about to get a bit busier, also, as witness this unprecedented text ad at the top of this Fred Schwab humor page. The Batman was only a month away in DETECTIVE COMICS. 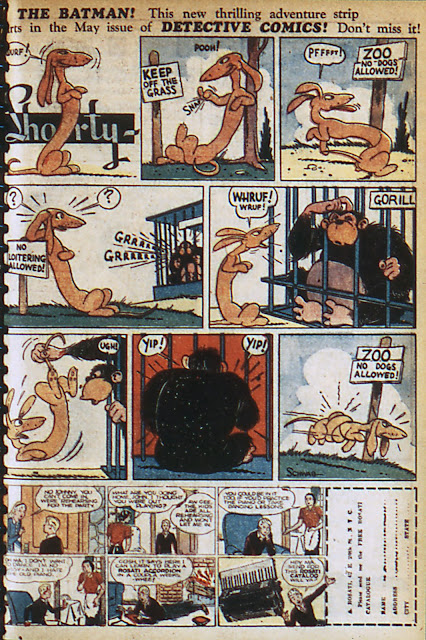 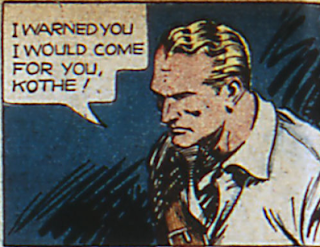 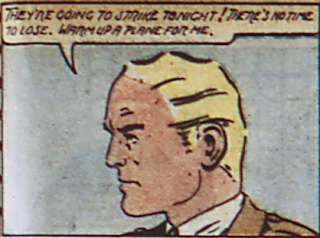 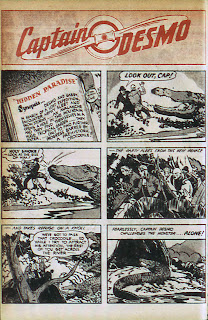 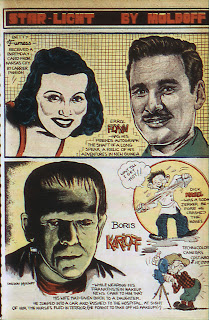 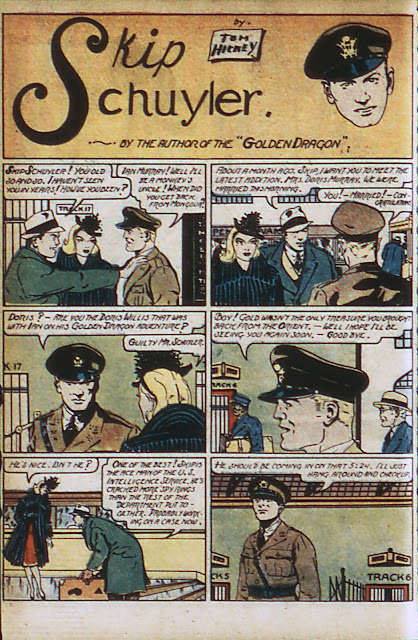 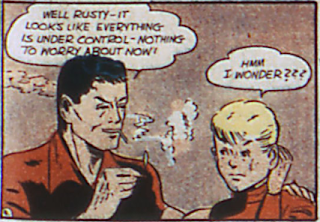 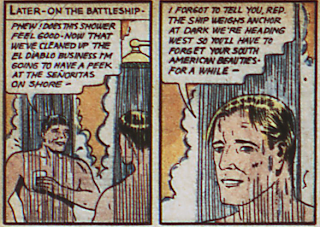 DC expands its line again with the debuts of MOVIE COMICS and ALL-AMERICAN COMICS. Note that both are advertised as "All in Color" whilst ADVENTURE continues to have a goodly amount of black and white and two color pages. At this early stage, ALL-AMERICAN is an example of the newspaper strip reprint titles mixed with some original features. MUTT & JEFF would be almost inexplicably published by DC in various titles including their own for nearly two decades! Sheldon Mayer's SCRIBBLY would become a cult favorite, HOP HARRIGAN would be popular on radio, in serials as well as in comics and RED, WHITE & BLUE was yet another feature created by the spread-too-thin Jerry Siegel. 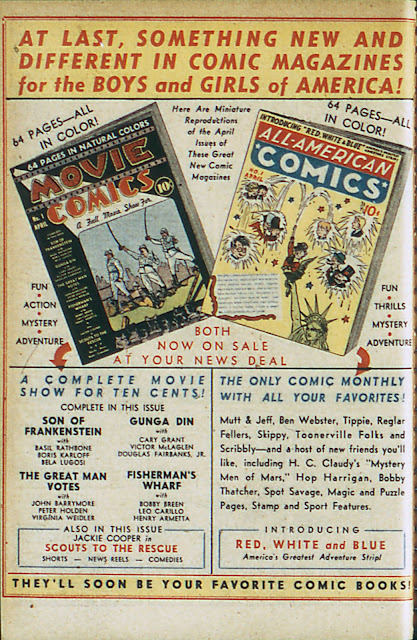