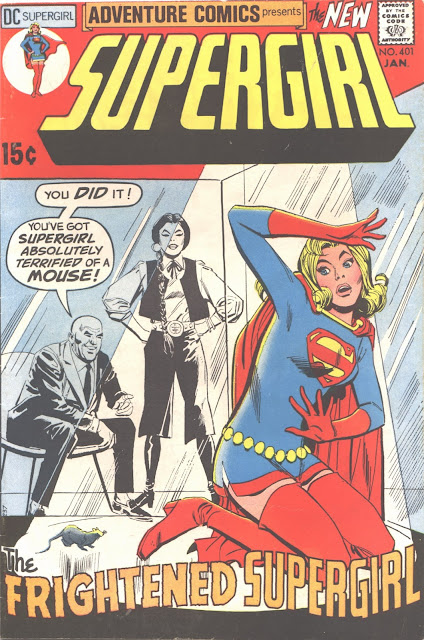 Another throwaway lead story (with unsuitable inking from Abel) and starting this issue--briefly--the back-up isn't even a Supergirl story! Seriously, with all the positive innovations DC was instituting in their other titles here at the end of 1970. the mind boggles as to what they were doing letting Sekowsky just screw around withADVENTURE and Supergirl. 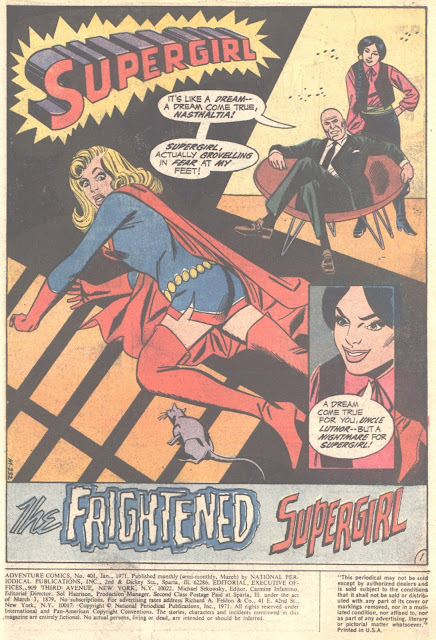 Julius Schwartz's major changes in the Superman mythos would have little effect on Supergirl as Editor Sekowsky chose to pretty much ignore them. 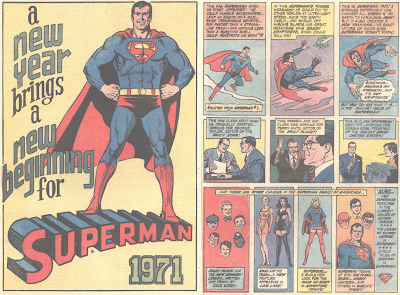 Here we meet Tracey Thompson. No idea exactly who she is and she isn't around long enough to tell really but Frank Giacoia's more appropriate reactions to Mike's pencils make this back-up the highlight of the issue. 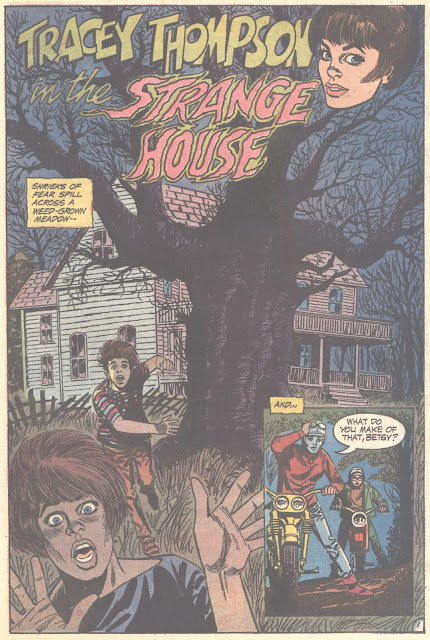 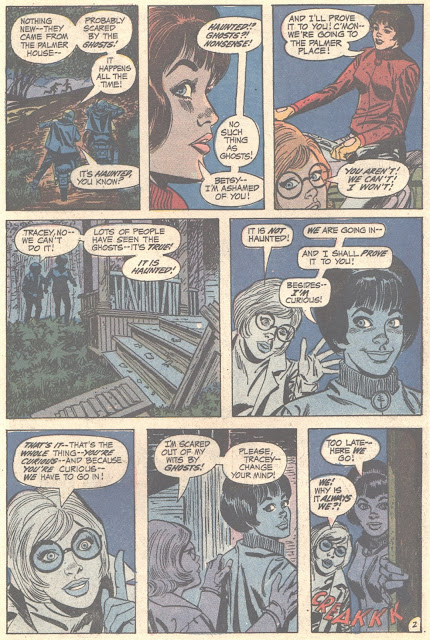 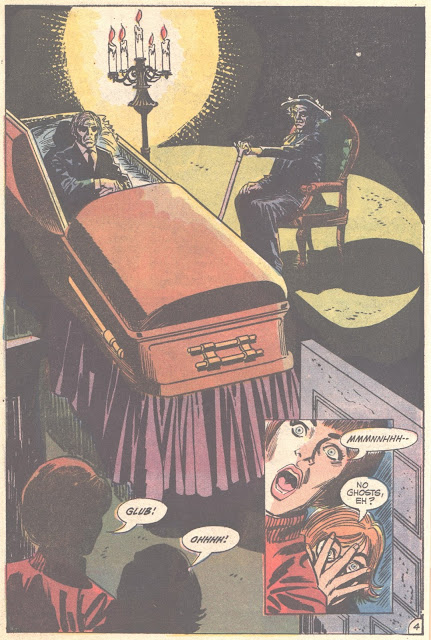 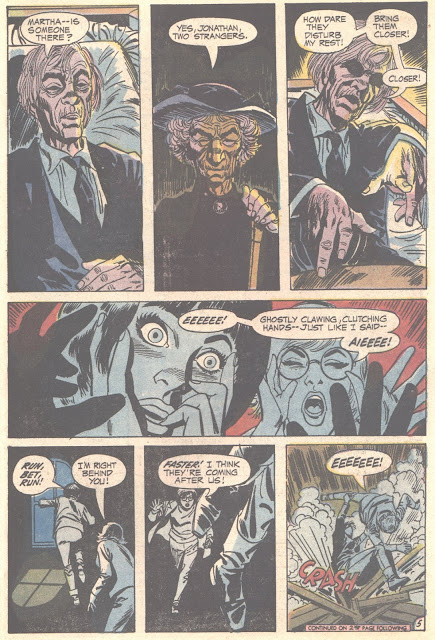 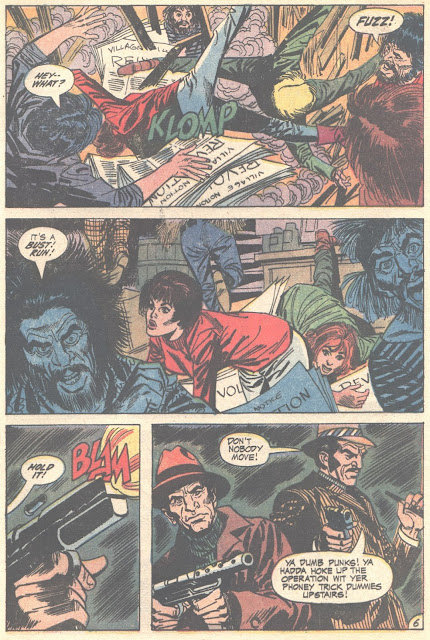 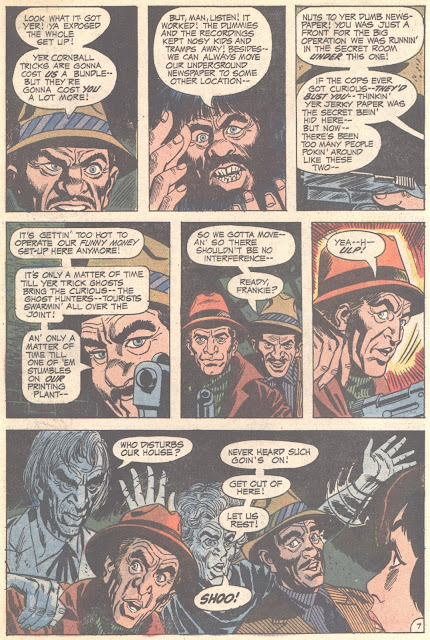 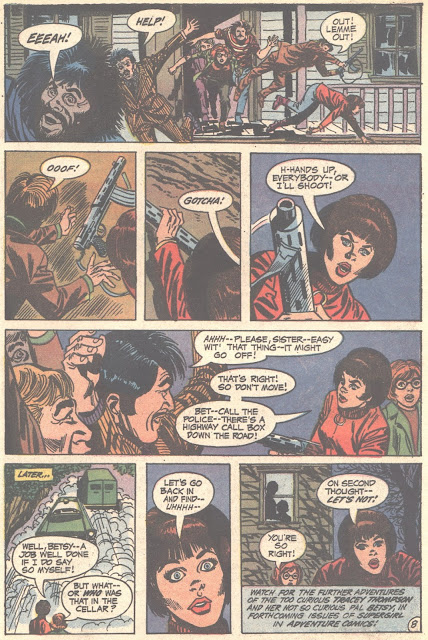 Interesting to note the reactions, both pro and con, to the new Supergirl. 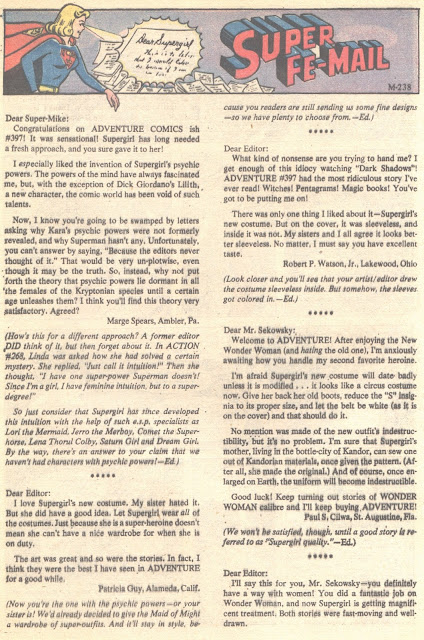 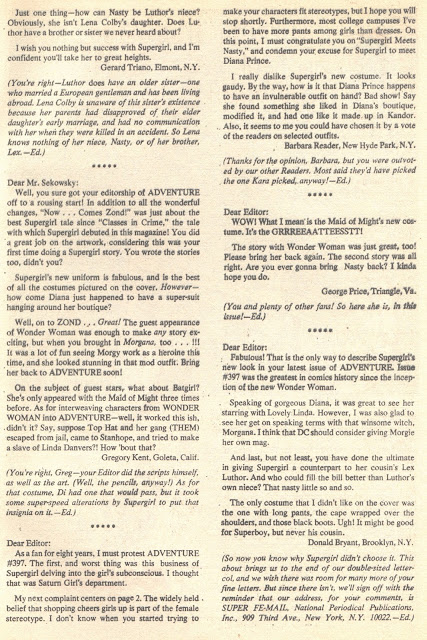