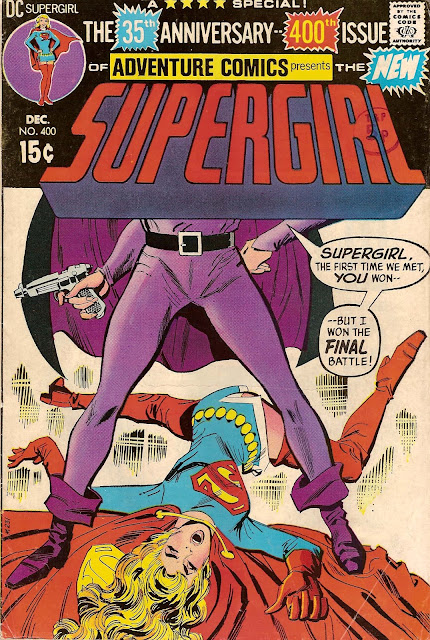 Well, here's the 400th issue of ADVENTURE! To celebrate, let's get a pretty bad Supergirl story. The splash below is actually page 3 in which we meet Supergirl's arch-enemy--a previously minor villain from about 7 years earlier in ACTION--, here teamed up with The Inventor, a leprechaun named L. Finn and a Toyman clone named ToyMASTER. 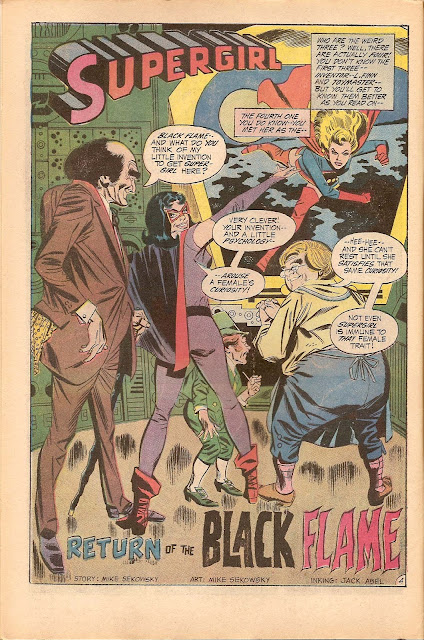 When the Maid of Might defeats this motley crew, Supergirl tows their spaceship to The Phantom Zone. Ummm...What th...??!! The Phantom Zone is everywhere, accessible only by a projector that sends convicted criminals into that alternate dimension. Were these criminals convicted? When? And where exactly is she towing them? A good editor should have caught this....OH, WAIT! Artist/writer Sekowsky is also the Editor. This explains why, in the previous issue, Supergirl is shown vibrating through walls, a power she never had before. Did no one brief Big Mike on the Superman Mythos? 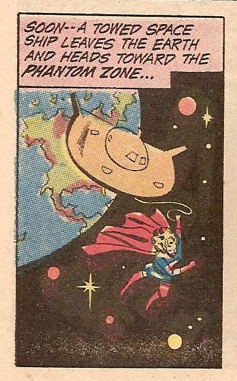 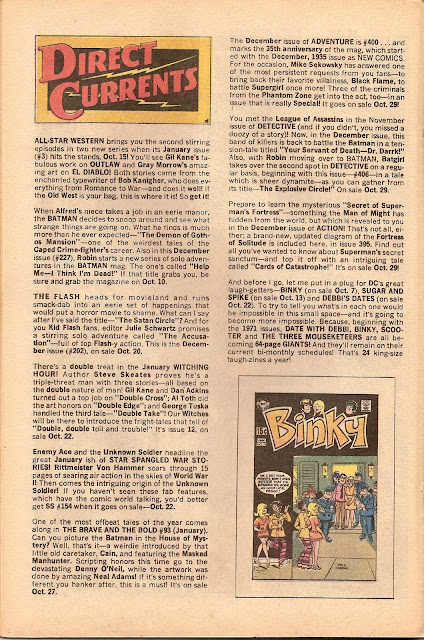 The Great One arrives and while his impact would be slow, eventually the DCU would pretty much revolve around Kirby Kreations. 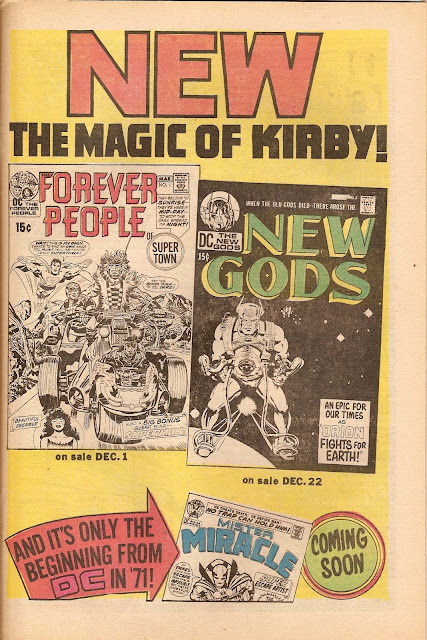 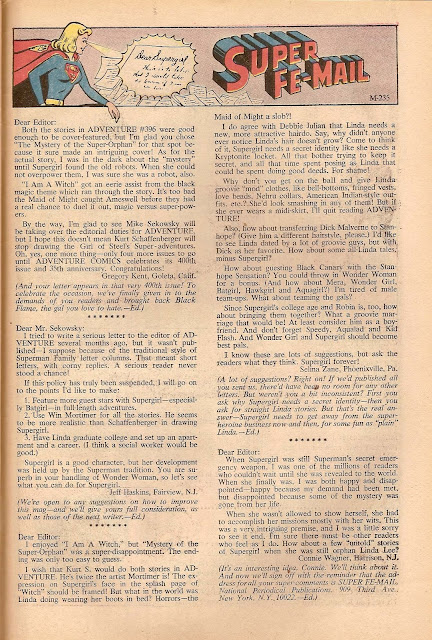 DC was doing quite well that year! 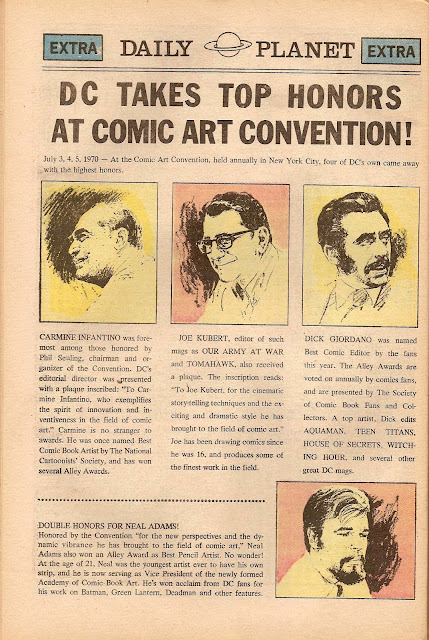 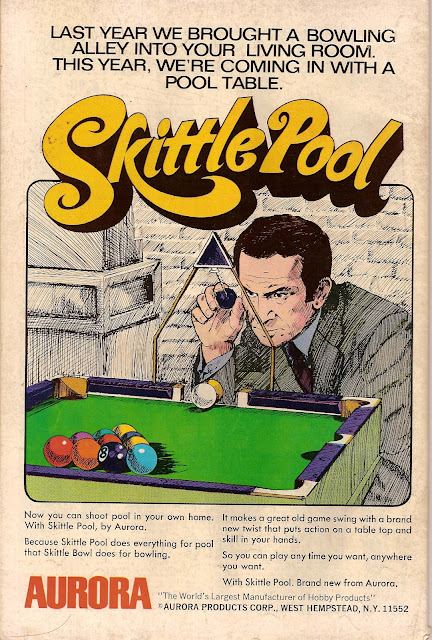