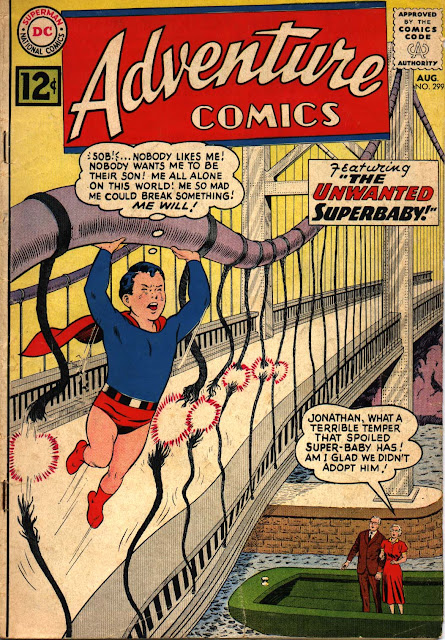 Another silly, whiny Superbaby tale here--only this one's technically just an Imaginary Story. BUt then again, as Alan Moore famously observed, aren't they all? 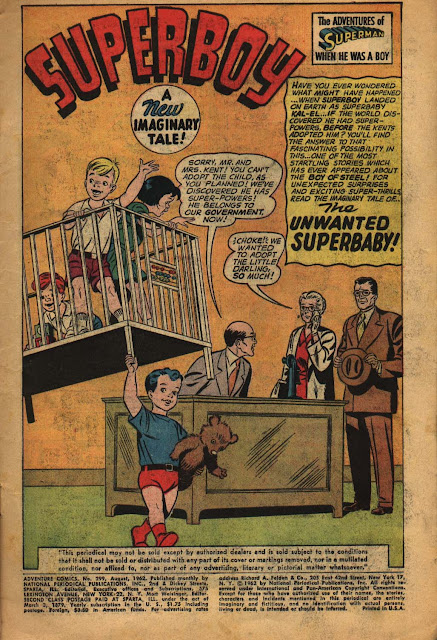 Well, as promised, there's the answer on the question as to whether the Legion of Super-Heroes should get their own series. And that answer is yes, starting next month. As noted last time, this means they had to have the earliest stories already in the works. 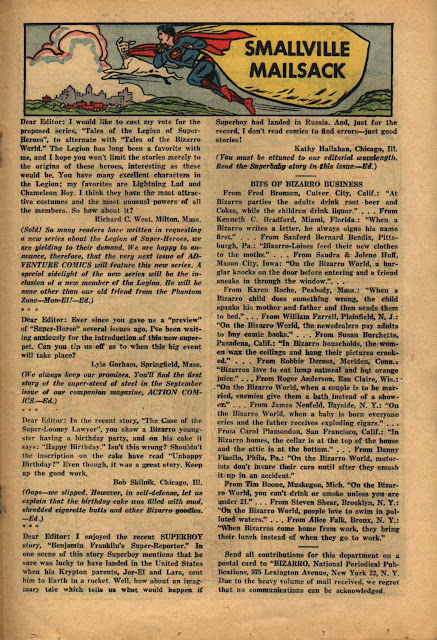 So we go out with one last blast of bizarro bizarreness, this one with a title at least that parodies the then popular TV series, CAR 54, WHERE ARE YOU? After this, fans seemed Bizarro'd out and the characters, even Bizarro # 1, rarely appeared again in new stories until the revamps started. And by then he was a very different animal. 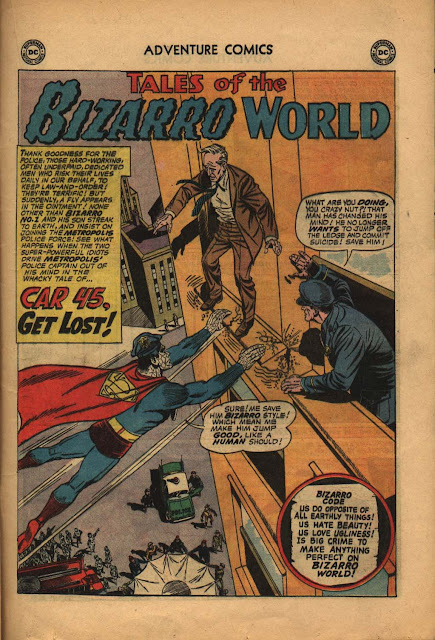 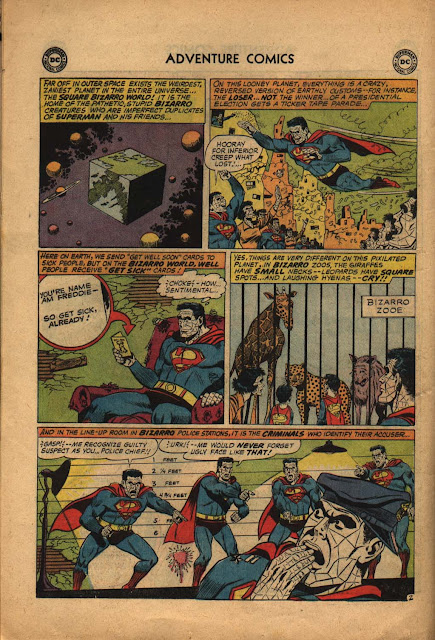 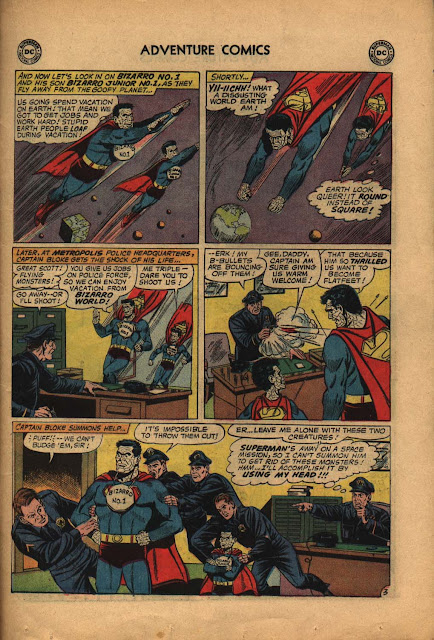 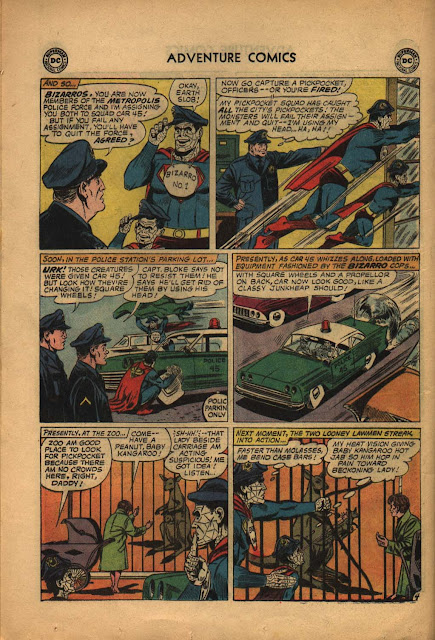 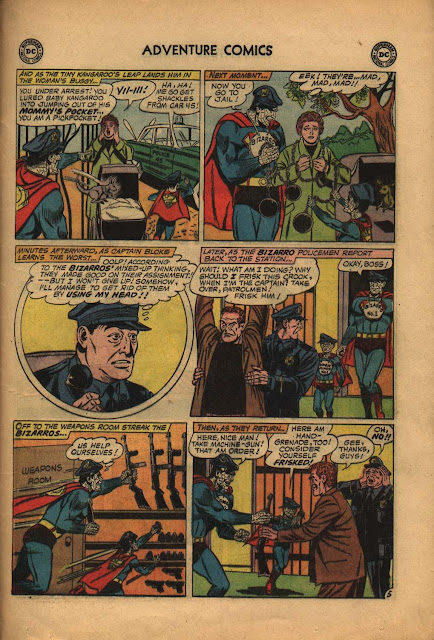 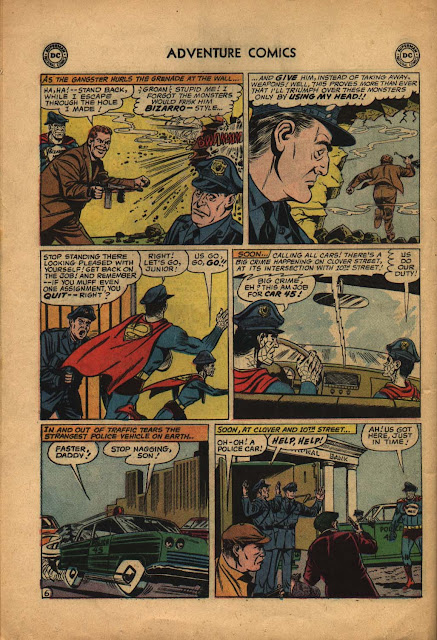 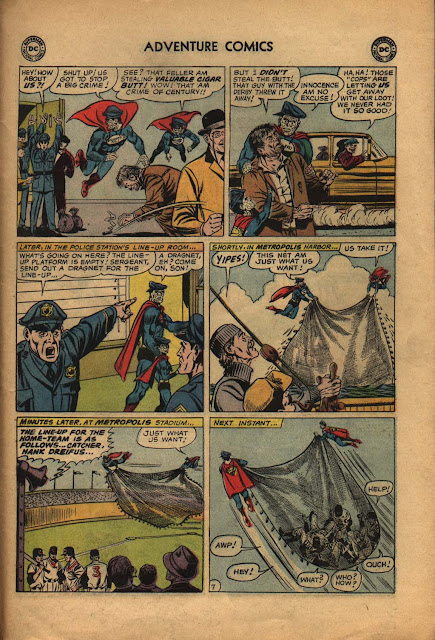 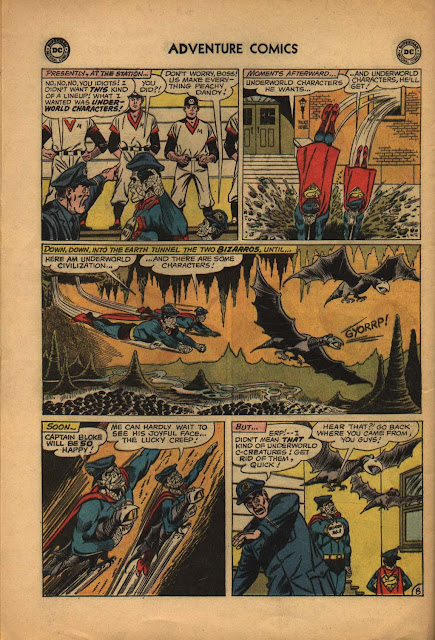 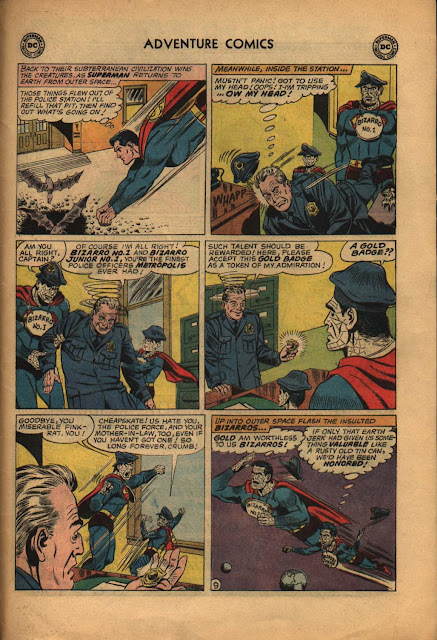 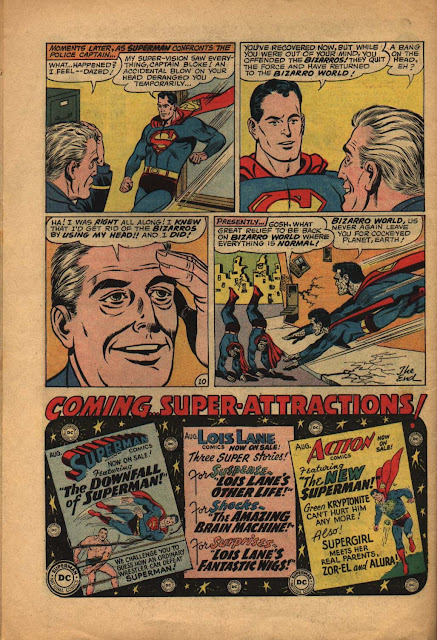 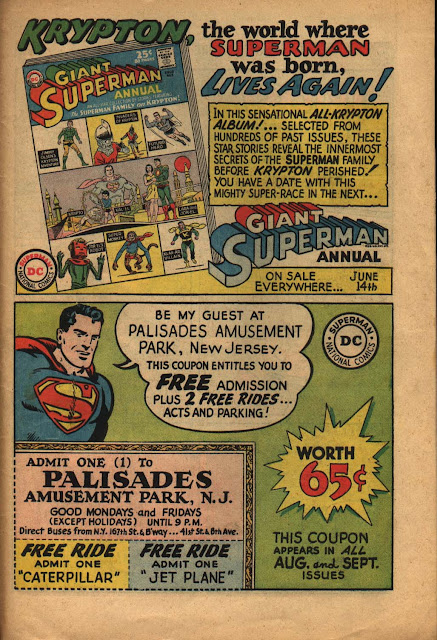 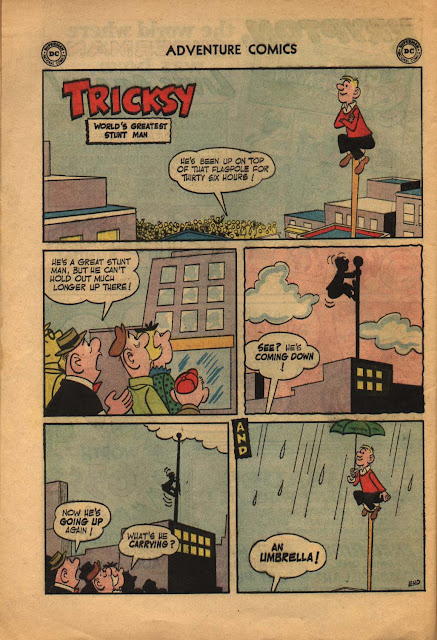