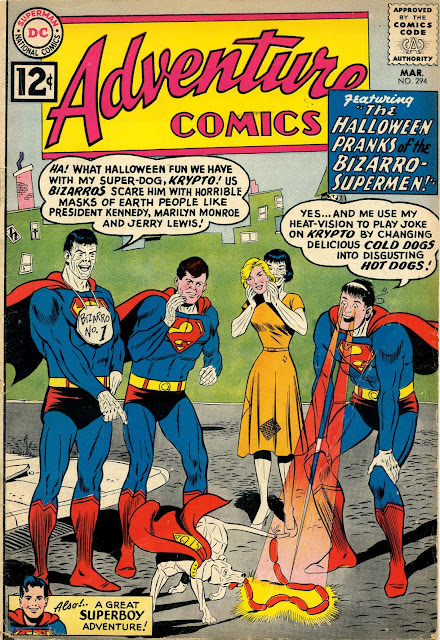 It's January of 1962. Both Marilyn Monroe and JFK are still alive. Marilyn would last only until late Summer. Kennedy wouldn't make it to the end of the following year. Jerry Lewis, of course, just keeps going here in the 21st Century! 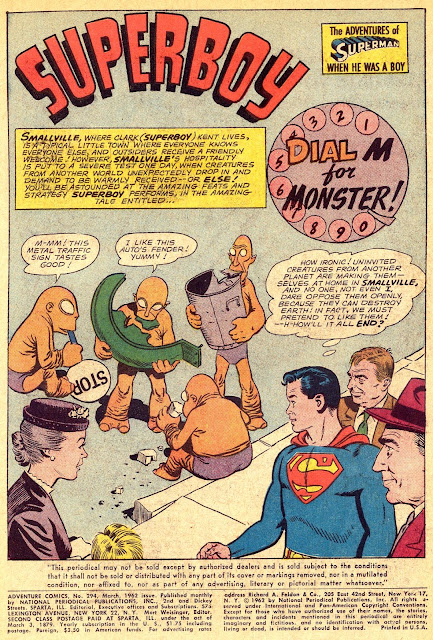 AQUAMAN debuts his own magazine finally after nearly two decades and the JLA is going through its early classic period. 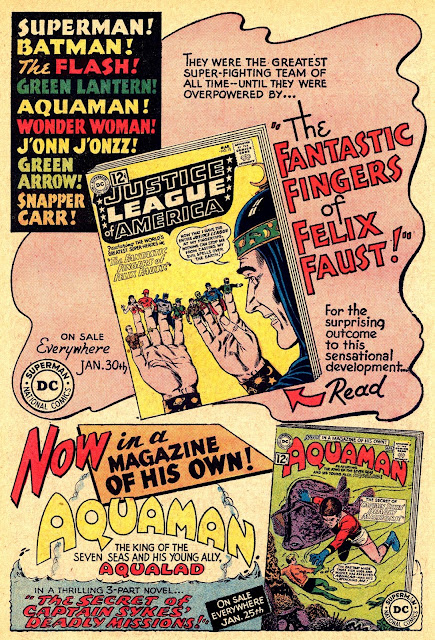 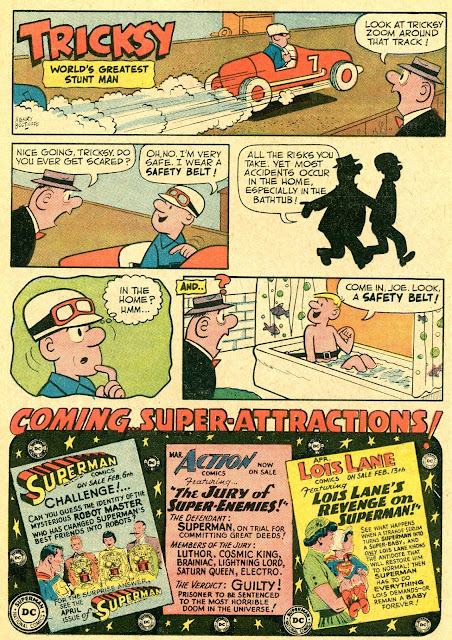 More details on the "successful" SUPERBOY pilot which would end up, as we said before, not seeing the light of day for at least another decade before turning up in collectors' circles on 16mm and later, video. 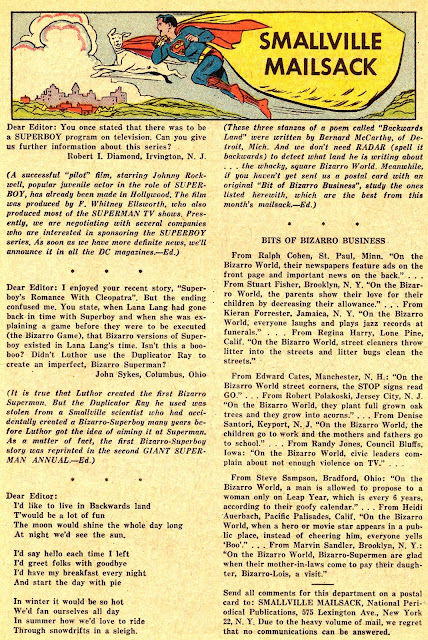 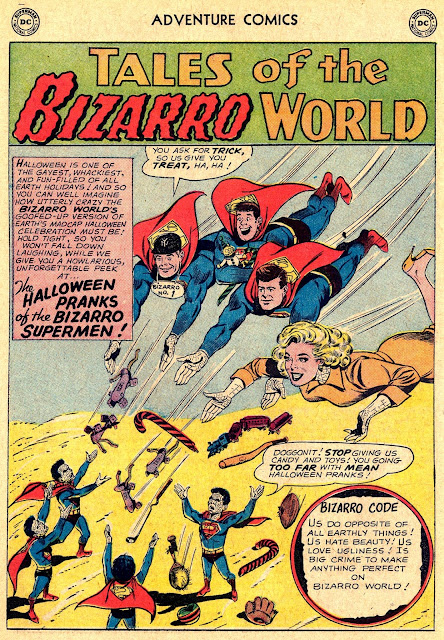