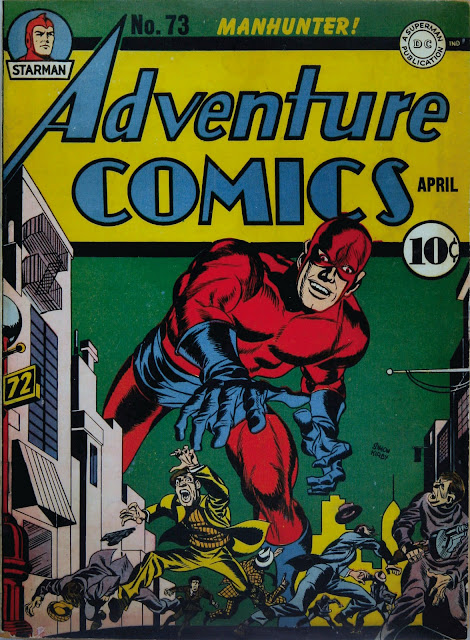 We ran this cover, its original art and a recently recolored version by Mort Todd a while back. Now let's see what's on the inside. As you can see, MANHUNTER in his new Simon and Kirby outfit (I swear, it's the SAME guy!) At this point, he doesn't have the blue face mask he'll have later. In fact, I'm not sure they had decided what his mask was supposed to look like as you'll see below. 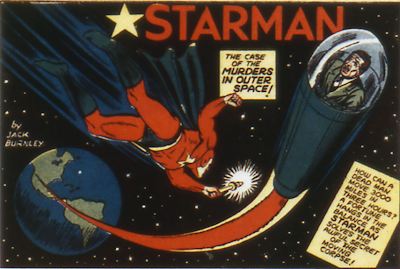 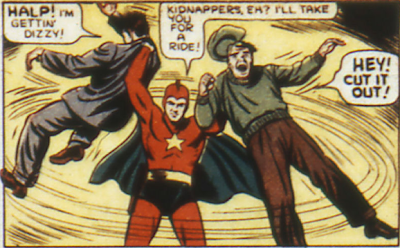 Seriously---yet another PRIZE COMICS ad in DC Comics. Surely someone knows what this cross-promotion was all about. 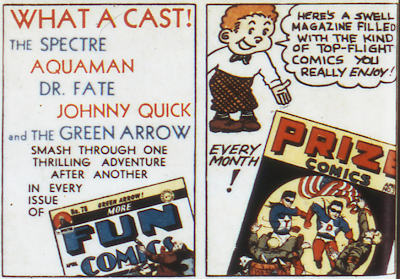 After the neat, clean art of the previous issues on the PAUL KIRK, MANHUNTER strip, this messy but vibrant art must have come as a shock to regular readers. Note that the character here is called "Rick Nelson" and not "Paul Kirk" but that would soon enough change back. From panel to panel, the mask seems drawn differently or left out all together, sometimes leaving the colorist to color all or part of the character's face red even if there was no visible indication of a mask at all. 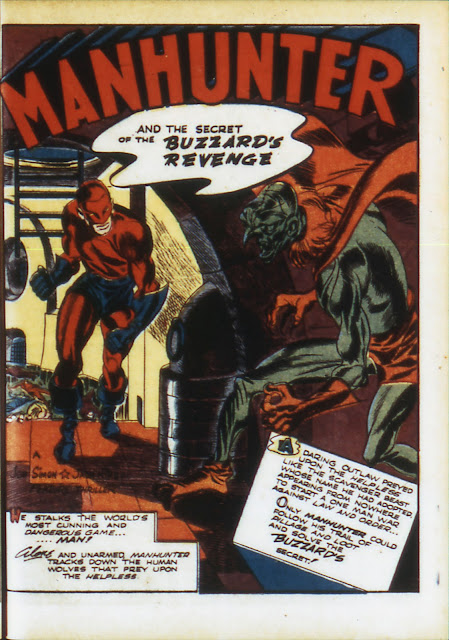 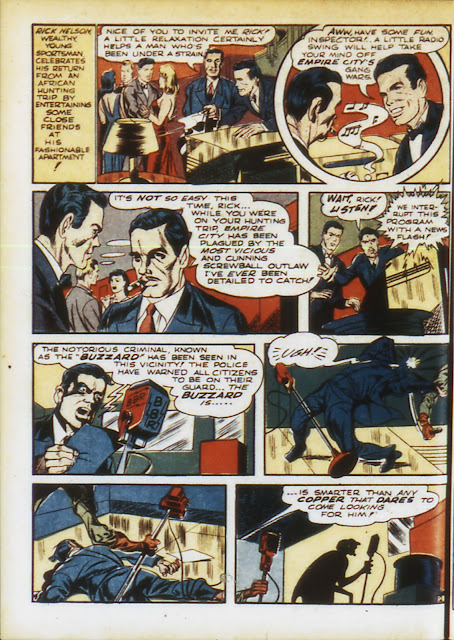 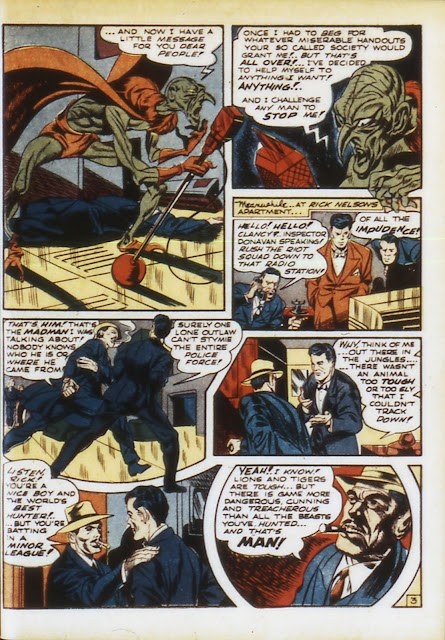 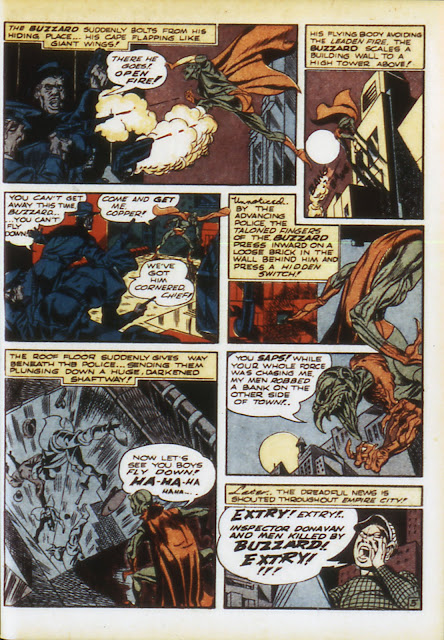 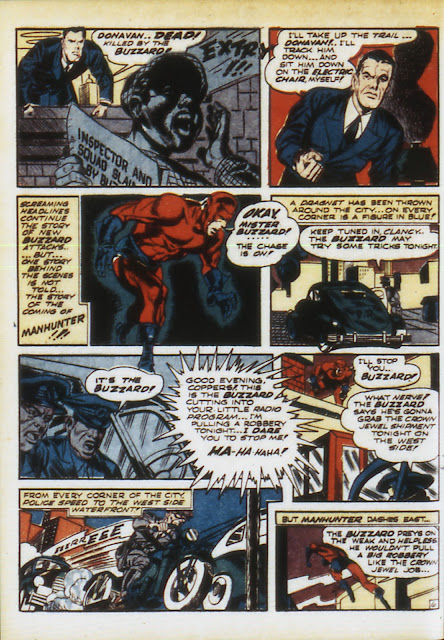 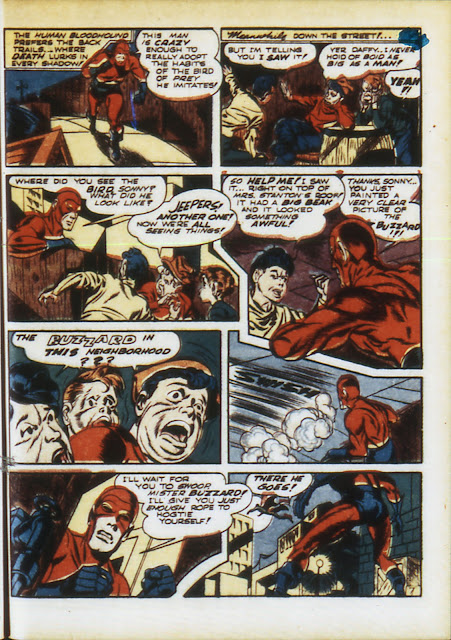 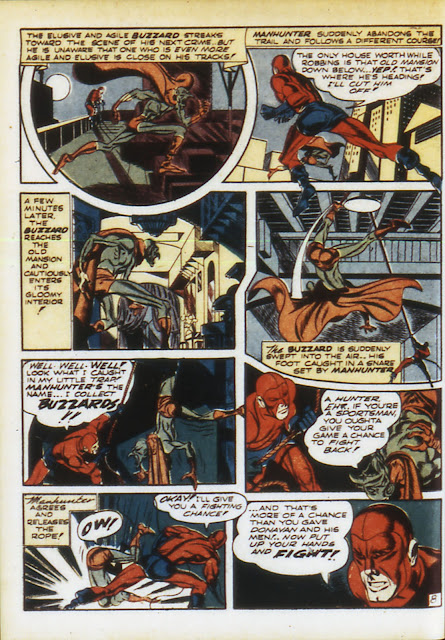 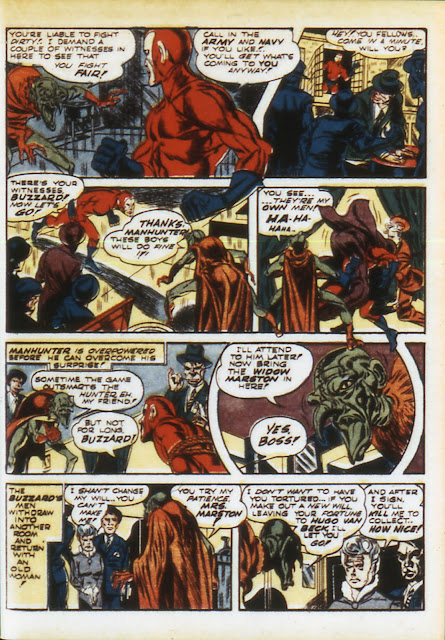 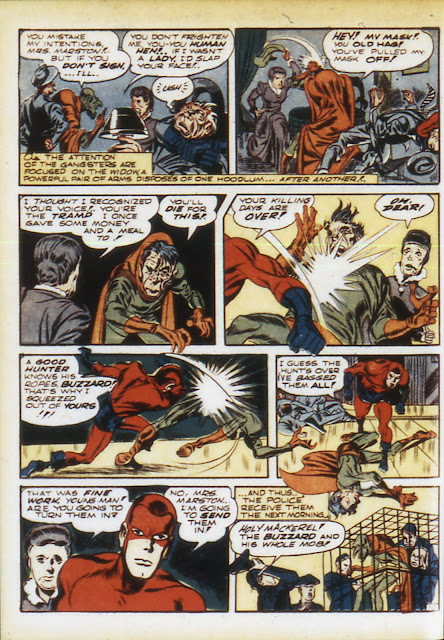 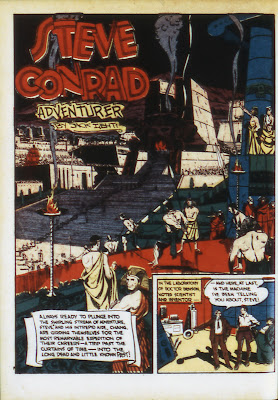 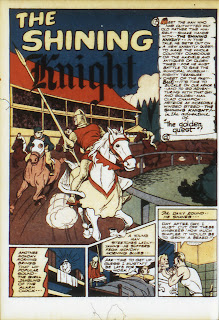 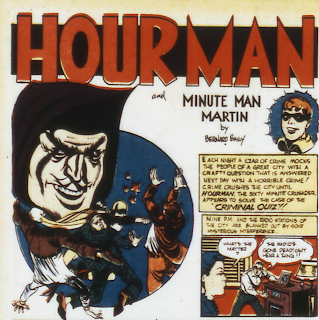 After his recent absence, Minute-Man Martin returns to share this adventure of HOURMAN. Speaking of sidekicks, after the last panel of this strip, seen below, was a plug for Mr. America's new sidekick in ACTION COMICS, Fatman! Fatman resembles the (in)famous Ma Hunkel version of Red Tornado. 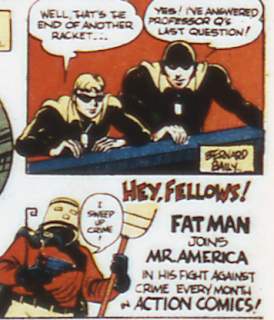 CLANCY THE COP was yet another Henry Boltinoff character that would continue in single-pagers for the next three decades or so. 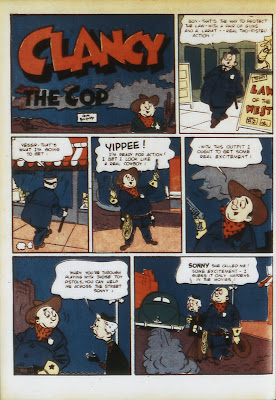 With MANHUNTER, Simon and Kirby now have two major strips in ADVENTURE. FEDERAL MEN's Steve Carson has been missing all together since issue 70 and Steve Conrad's days were numbered. 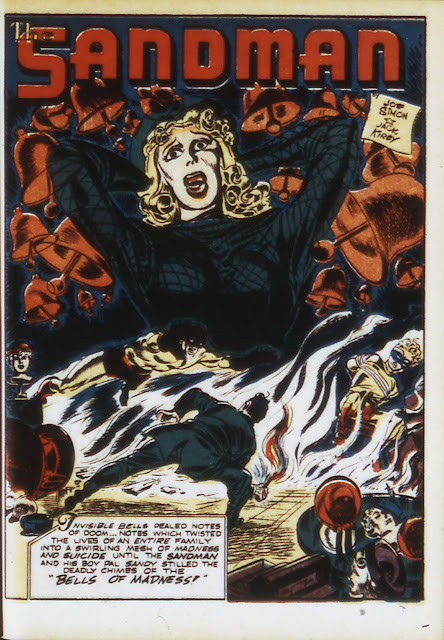