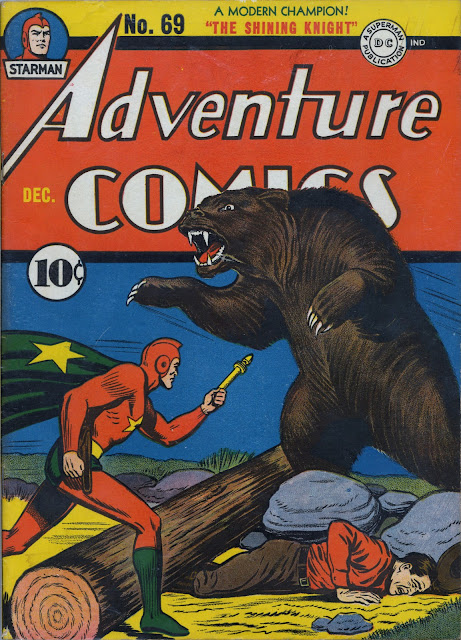 Jack Burnley's STARMAN cover looks almost like a woodcut here. Although a tad stiff, it's an impressive scene all around. 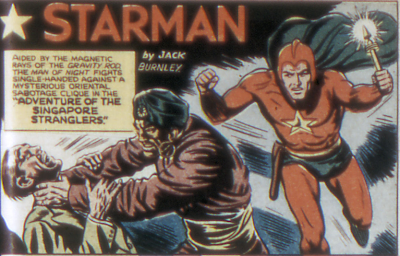 The beloved Dionne Quintuplets in one of their many "endorsements" arranged by their doctor and others. The sad, sad truth about these girls is that they were exploited throughout their entire childhoods by those who should have been protecting them, particularly Dr. Dafoe who became as famous as they did. 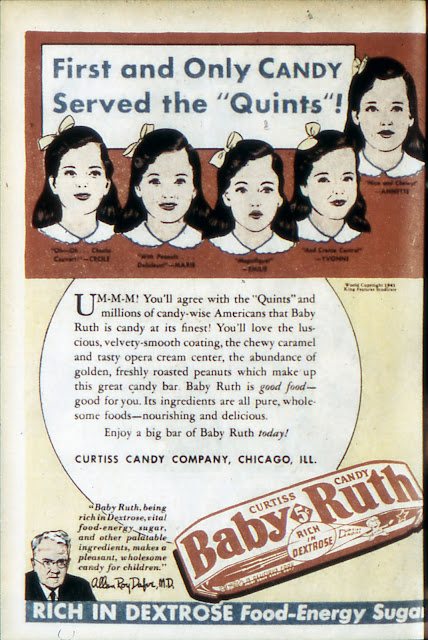 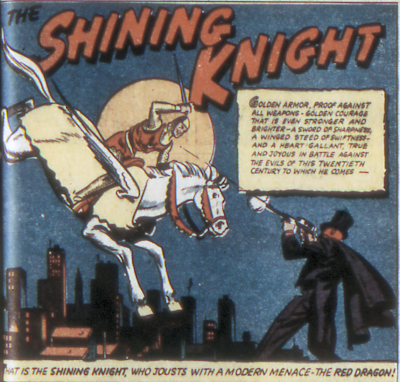 Here we see the basic Advisory Board, all in one place and giving a de facto approval to the various DC COmics titles listed below. 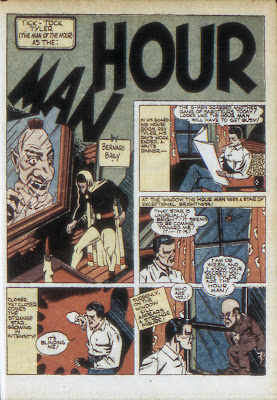 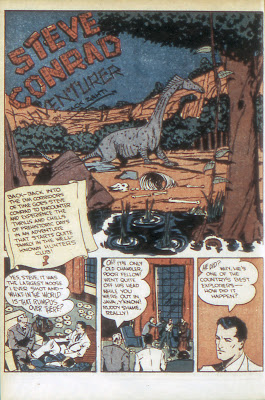 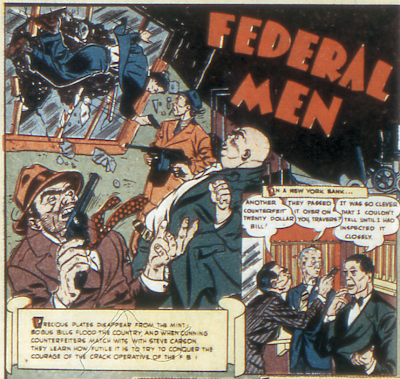 As you've seen, the usual suspects are all here. Binging up the rear, however, was something the redaers didn't see coming... 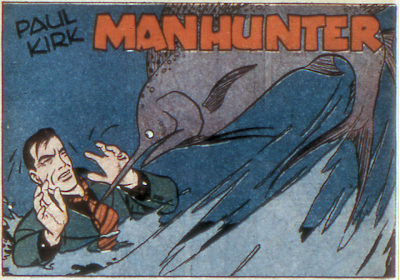 This month's Sandman story offers the character in a rather sudden and radical transformation. Suddenly, he's a superhero. Not only that but he more or less wears the yellow and purple costume and cape worn by THE TARANTULA who just debuted in STAR-SPANGLED COMICS a  couple months before. The biggest change, however, is when he coincidentally runs into a young lad wearing his own version of the Sandman costume...and his name, is of course, Sandy. 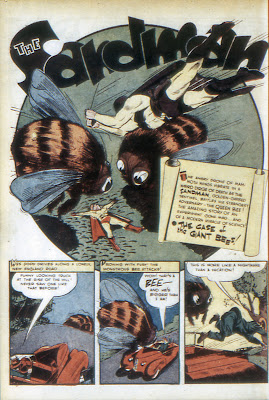 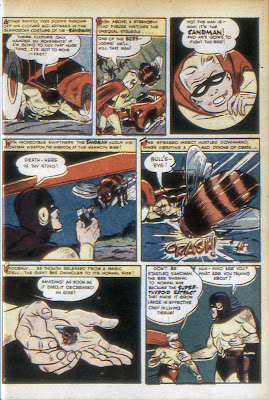 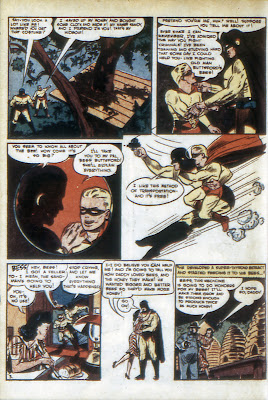 Contrary to popular belief, this big switcheroo from the pulp-influenced, gasmasked, gangster-hunting hero of ADVENTURE had absolutely nothing to do with Joe Simon and Jack Kirby. Although that legendary pair was only a few issues from taking up residence on the strip, this was the work of fuure AQUAMAN creator Paul Norris, inked by FEDERL MEN's Chad Grothkopf. Norris, according to GCD, was told to draw it "like Bob Kane." 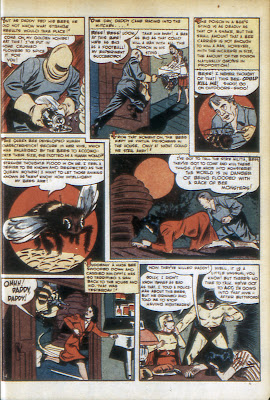 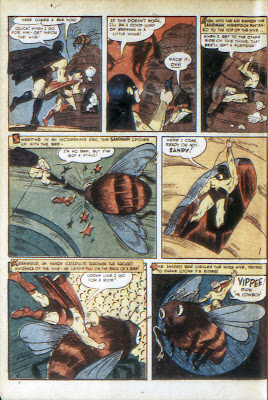 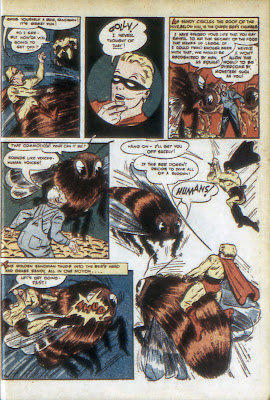 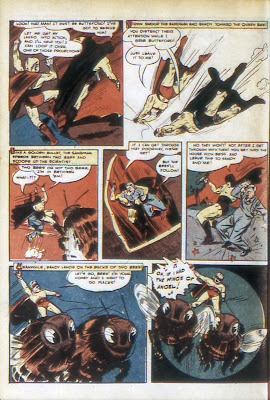 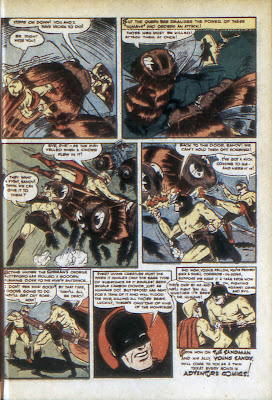