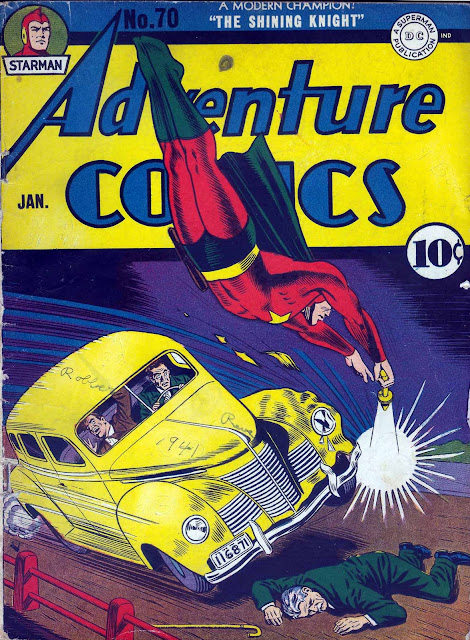 This issue, although dated january of 1942, was most like;y on the stands in November of 1941. America was not yet at war but it was looking inevitable to many observers. Arguably to MOST observers. 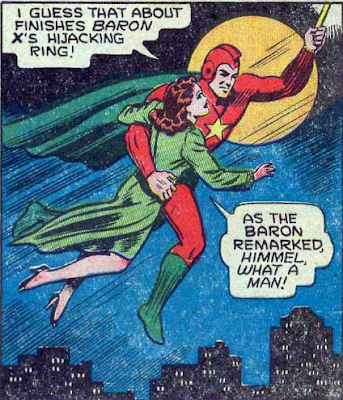 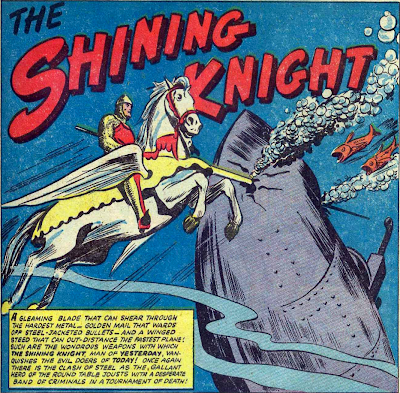 When we think of Hourman, we think of his pullover hood, unique in a world of form-fitting masks. Well, with this issue the little-remembered mask era of the strip begins. From this point on, until the sixties revival anyway, the hood is gone. 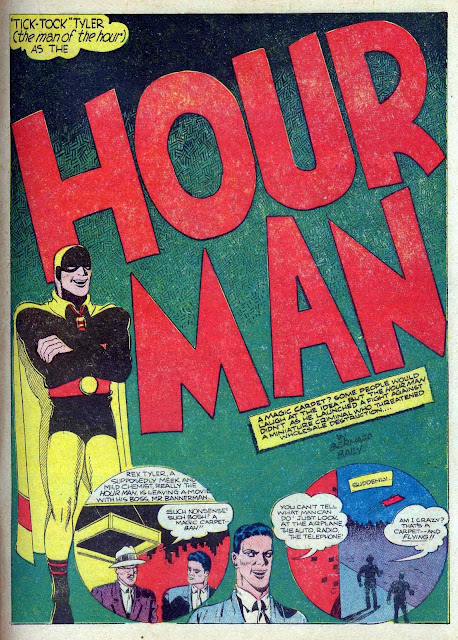 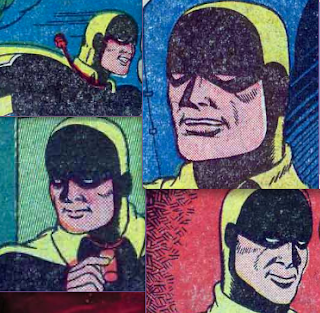 Again we see an ad for PRIZE COMICS, a title NOT published by DC. What was the connection? Note also Superman's Secret Message. The Superman secret code concept was still being mentioned in DC's sixties letters to fans who wrote in to the letters pages of the comics. 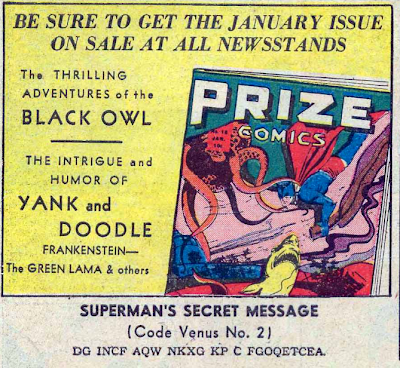 Ed Moore's PAUL KIRK, MANHUNTER continues to offer a minimalist artstyle but an impressive one it is. It will be going away soon. 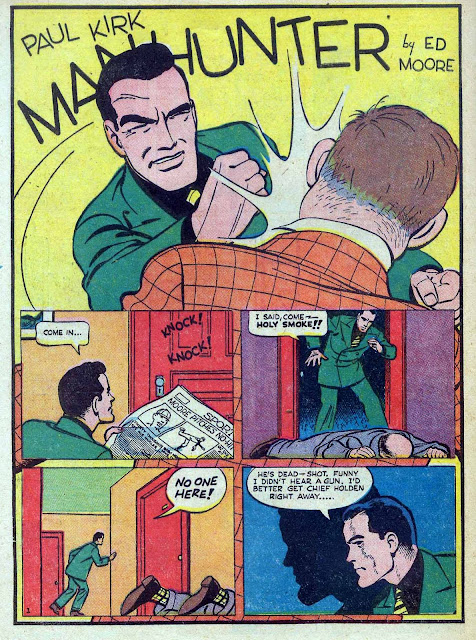 Here's the second SANDMAN with Sandy tale by Norris and Chad, this one a good one with a literary background. As of yet, though, the characters bear no resemblance whatsoever to either the original Sandman nor the upcoming Simon and Kirby versions. 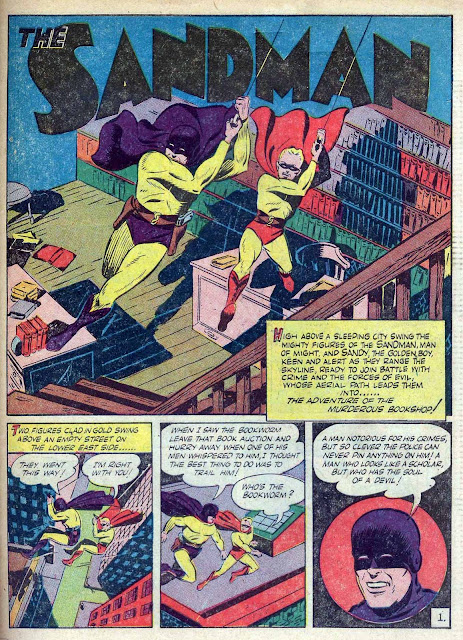 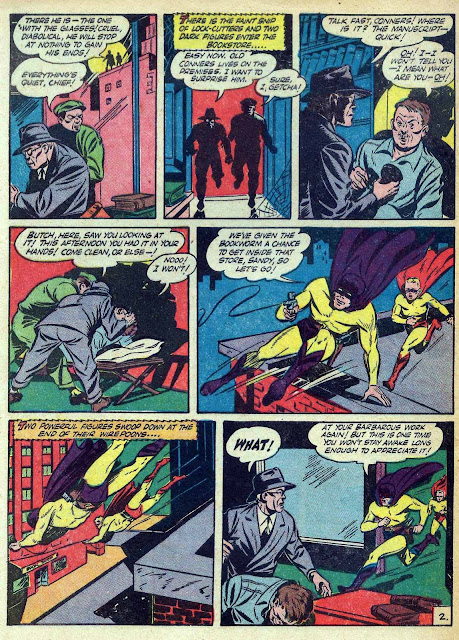 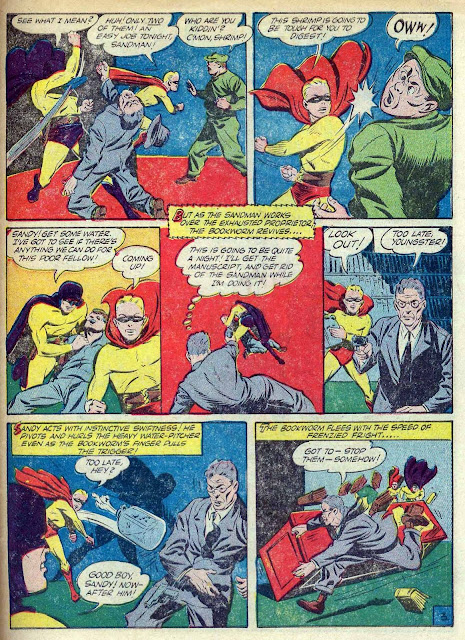 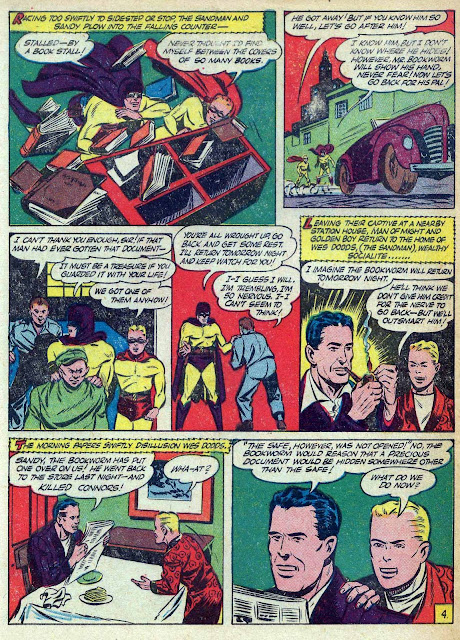 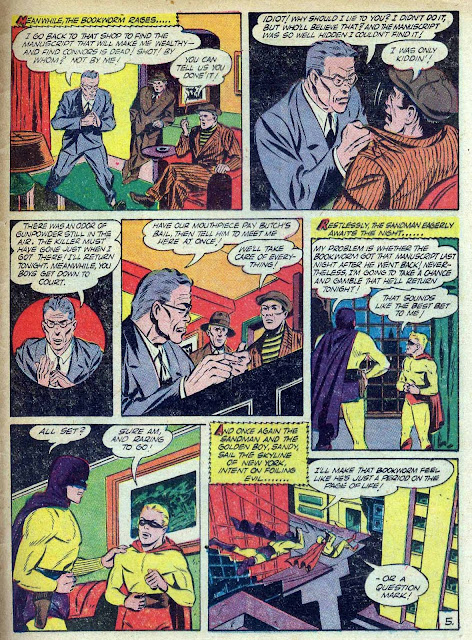 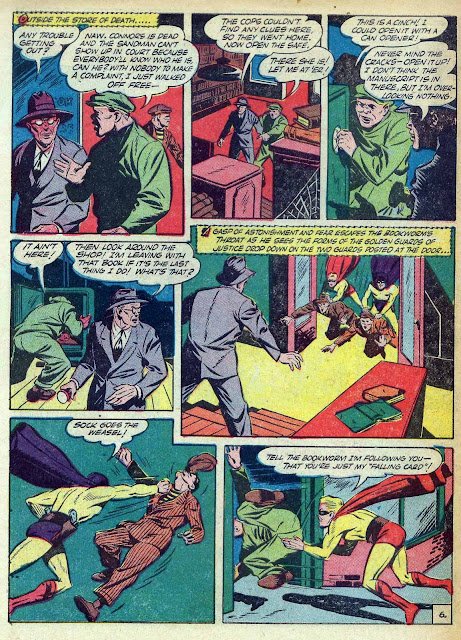 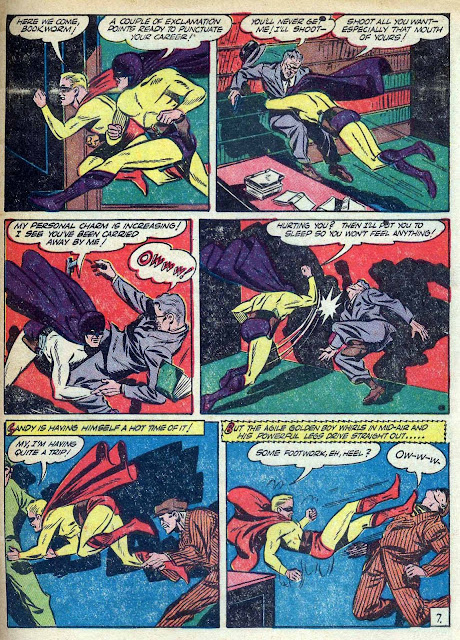 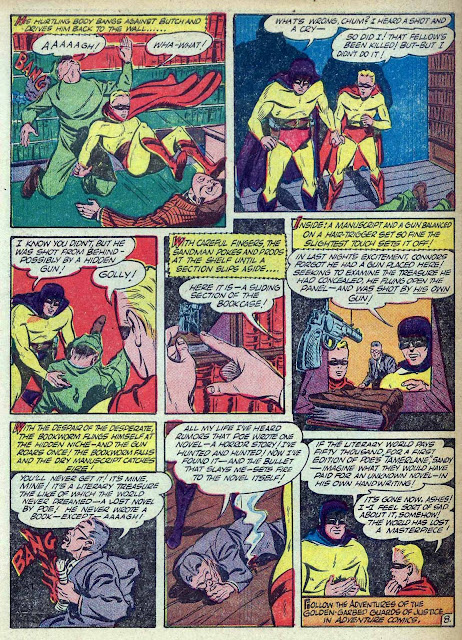