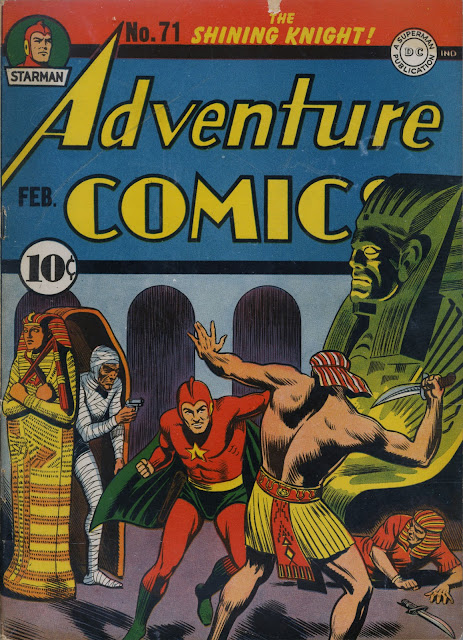 More great Burnley STARMAN inside and out this issue. 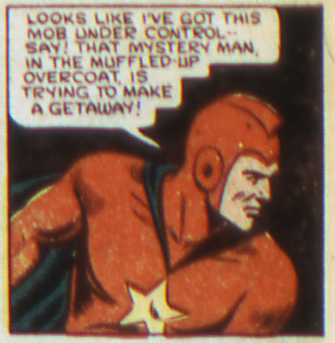 Henry Boltinoff's JERRY THE JITTERBUG would also continue to appear for a couple of decades, long past the point where jitterbugging had become nostalgia. 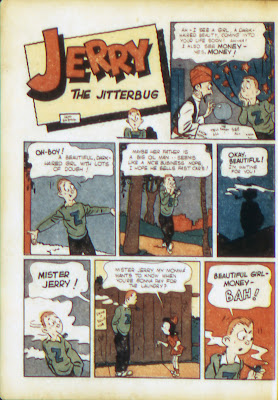 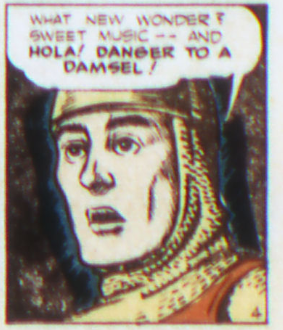 The new titles were coming fast and furious now. Although not yet officially separated into DC and AA (for All-American), the new title, LEADING COMICS, was packed with heroes from the DC titles such as ACTION, ADVENTURE, STAR-SPANGLED and DETECTIVE (as opposed to the JSA being nearly entirely the AA heroes). 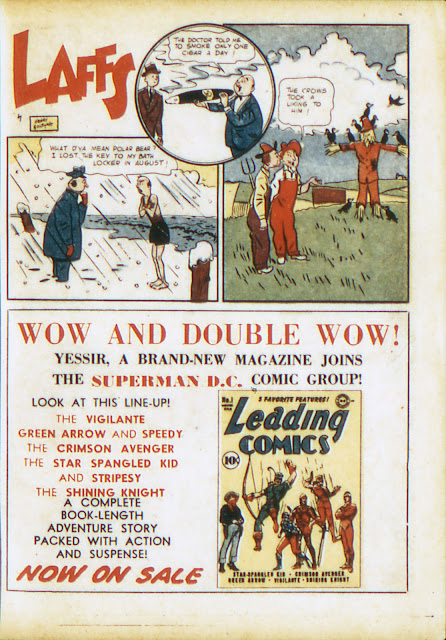 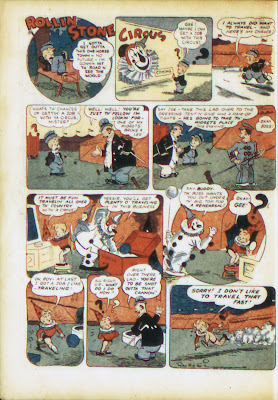 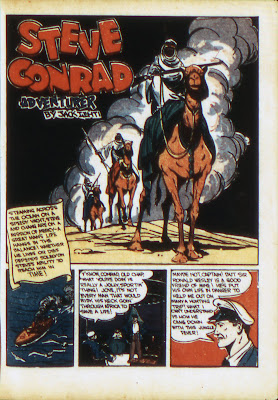 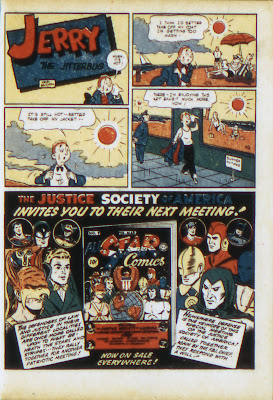 Hourman's young sidekick gets his own mini-me costume here. 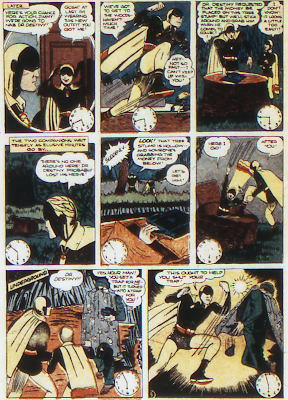 Somehow there was no ad touting it in the previous issue of ADVENTURE, but WONDER WOMAN, the creation of DC's newest advisory board member William Marston, debuted in SENSATION COMICS. Although she would become a feminist icon and a sex symbol to boys everywhere in the seventies, the original character was designed to reflect Marston's controversial theories of submissivenes and the woman's place in society. 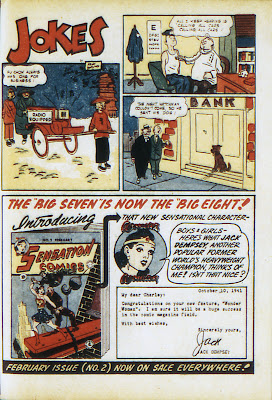 Sandman and Sandy still chugging along in their capes. 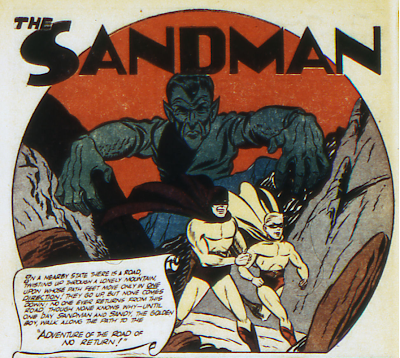 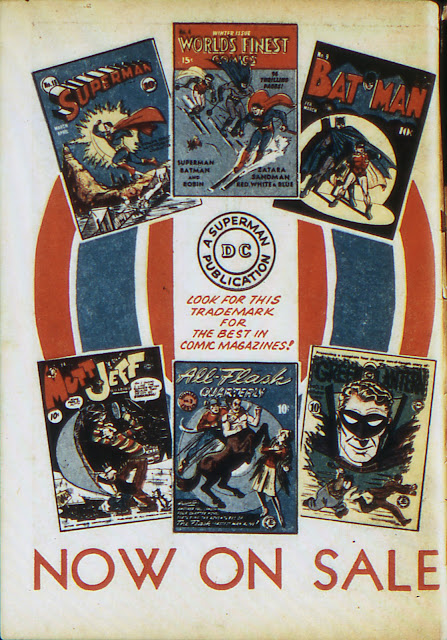