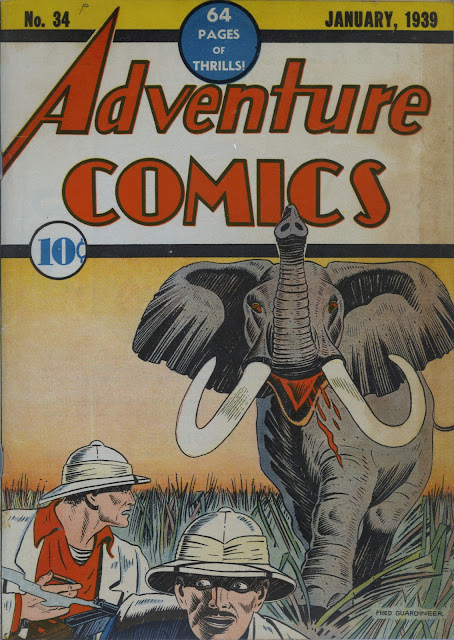 Not a major one but the first hint of real change of late in this title finds Fred Gaurdineer doing this month's cover. Certainly a competent artist and already a comics veteran,  Guardineer's work was, however, very stiff and his cover here shows that limitation. His style gave many of his stories an endearingly interesting, oddball flavor but his covers...particularly these supposed to look "adventurous," were a little trickier to love. Even the blood looks bland. 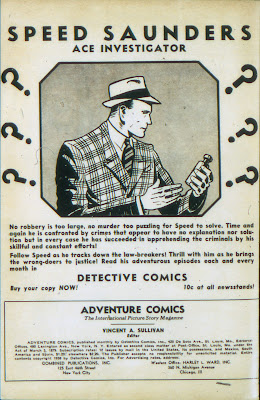 Kind of a dull issue all around with not too much happening in most of the serious strips. There were, as almost every issue lately, a few more new humor strips. GRAN'PA, clearly filler since it doesn't even take up a full page, is by Fred Schwab who would end up as the cover artist on the infamous, unreleased MOTION PICTURE FUNNIES WEEKLY # 1 which would mark the first appearance of Timely/Marvel's SUB-MARINER by Bill Everett. That book would not come to light until the 1970's. Schwab similarly did the inside back cover dog strip, TINY. 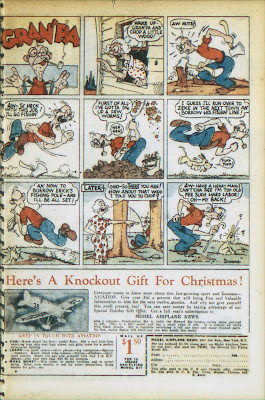 JUST LIKE JUNIOR normally appeared in MORE FUN COMICS and may have ended up here to fill for someone ,missing their deadline . It's a very clean, nicely drawn strip which brings to mind the not-yet-created ARCHIE. GCD, in fact, indicates this may be by future Archie creator Bob Montana. 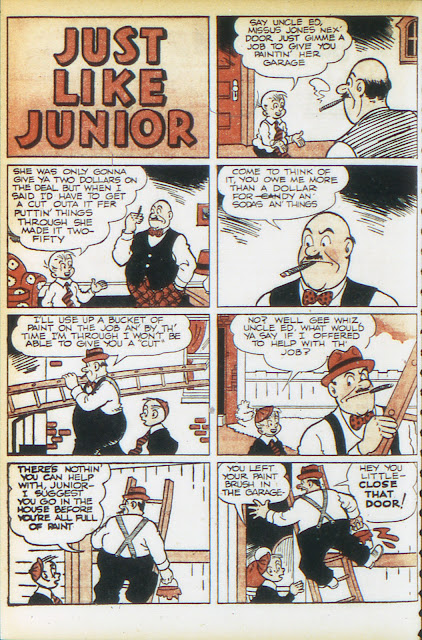 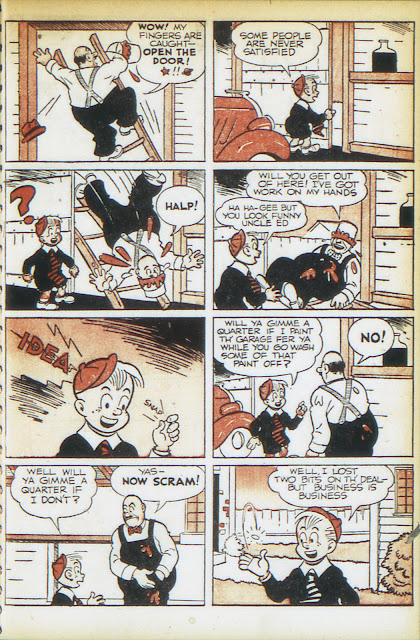 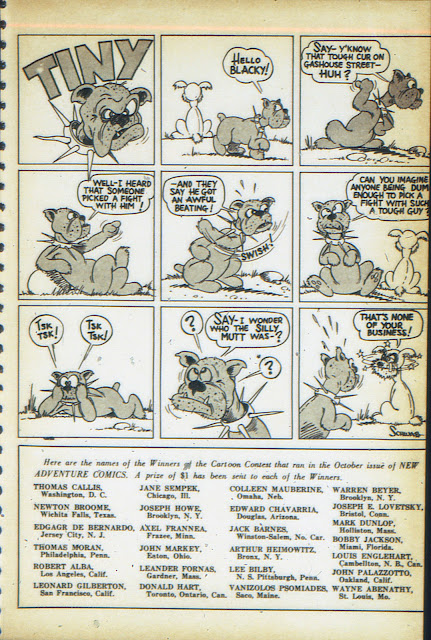