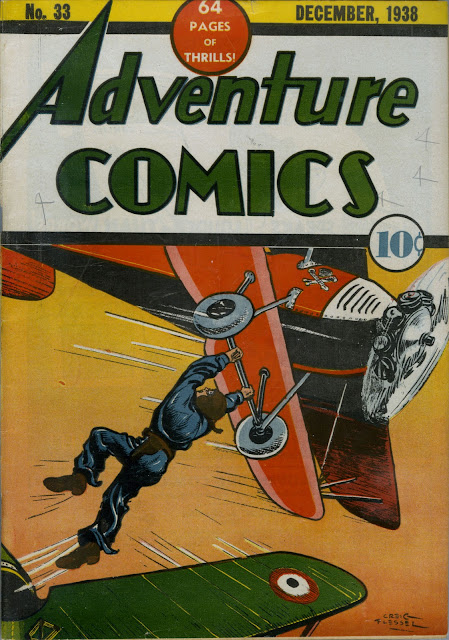 Could be just me but this cover seems kind of dull compared to what we've been getting. Still Creig F doing the honors, though. The single most interesting thing about this issue, however, is the ad below. Looks like Siegel and Shuster were attempting to take advantage of their success at DC by starting a mail-order "school" out of Jerry's home address in Cleveland (designated a landmark in a 2009 ceremony as seen in the pic below). Odd to find the creators of such dramatic and fantastic strips as the ones listed here (as well as the oddly omitted DOCTOR OCCULT) selling their expertise on HUMOR! 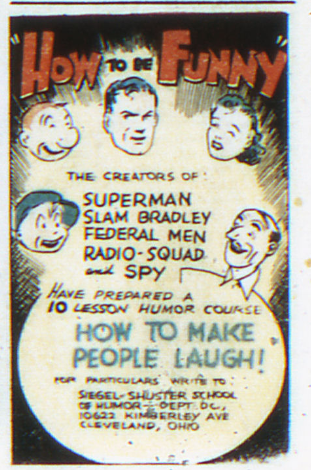 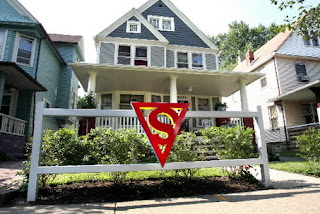 Maybe it's just me (again) but this issue seems more violent than the ones before, also, as evidenced by the following panels. 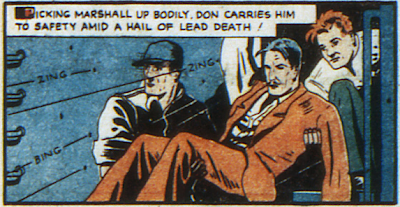 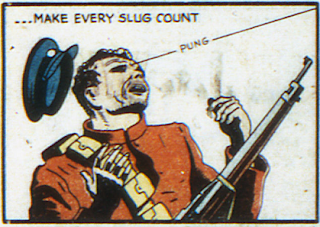 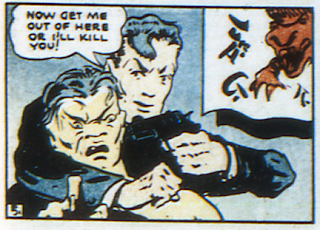 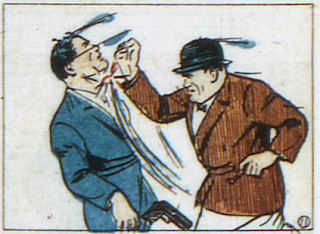 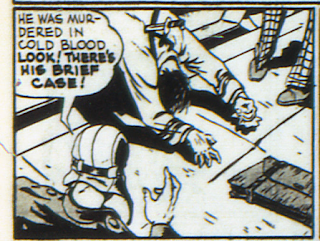 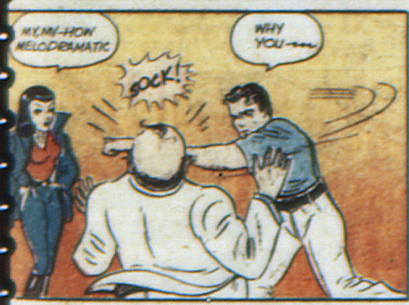