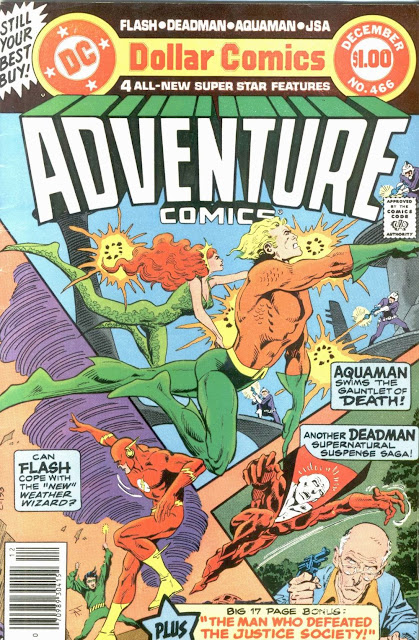 And so the Dollar comics era of ADVENTURE comes to a fairly quick end, limping to its conclusion with some pretty good stories. Highlights include Michael Netzer (as Mike Nasser) on FLASH featuring The Weather Wizard, last seen in these pages fighting Aquaman a year or so earlier. 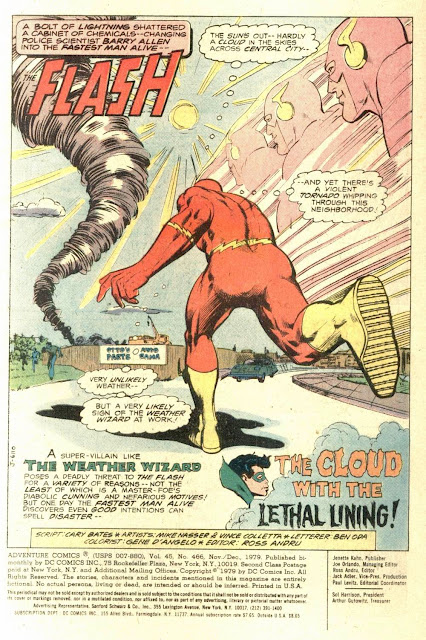 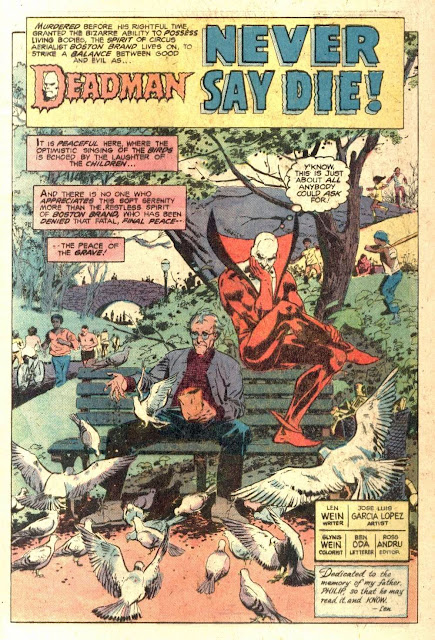 AMERICA AT WAR, although a bit under-promoted and under the radar, was one of the better DC collections  up to that time, packaged by Michael Uslan who went on to produce the BATMAN motion pictures and write Archie's wedding stories for that company in the 21st Century. 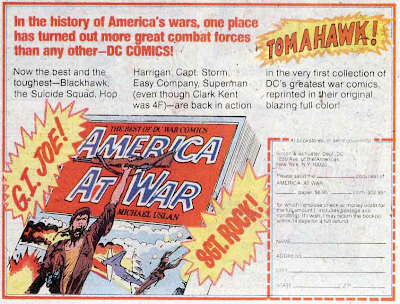 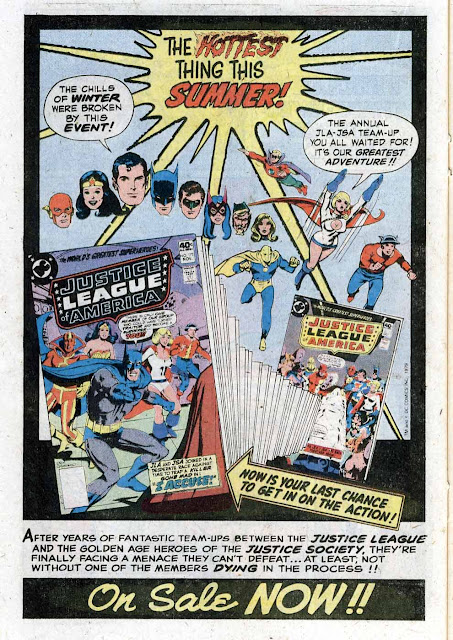 Since the JSA was coming to an end, they were given an ending story, even though they were already scheduled to appear in their annual JLA crossover as seen in the above ad. 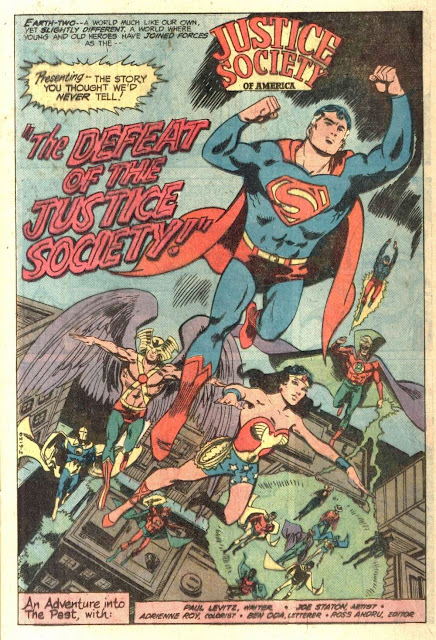 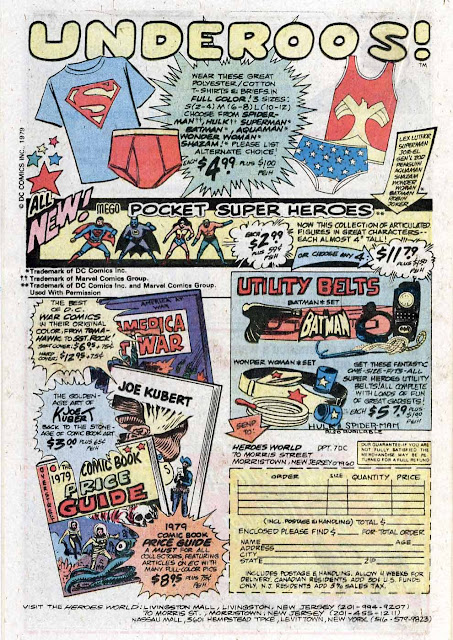 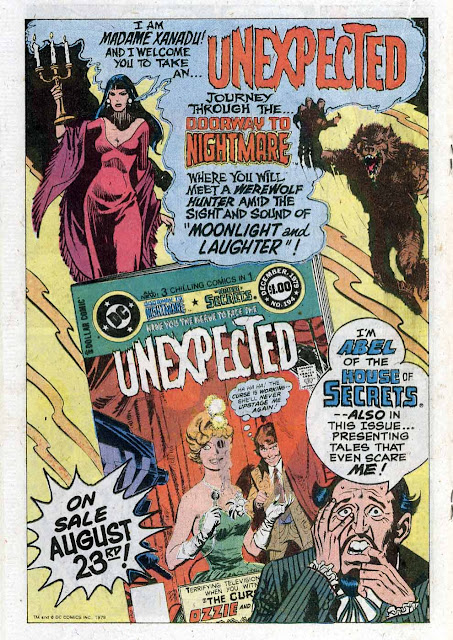 And poor Aquaman, once again cut adrift. But don't worry. He'll be back yet again. 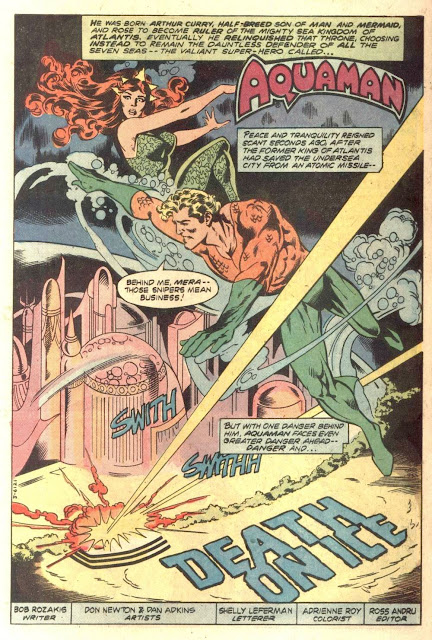 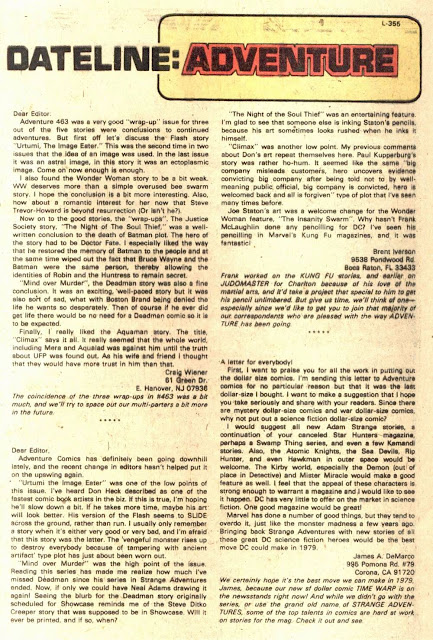 Posted by Booksteve at 7:48 PM