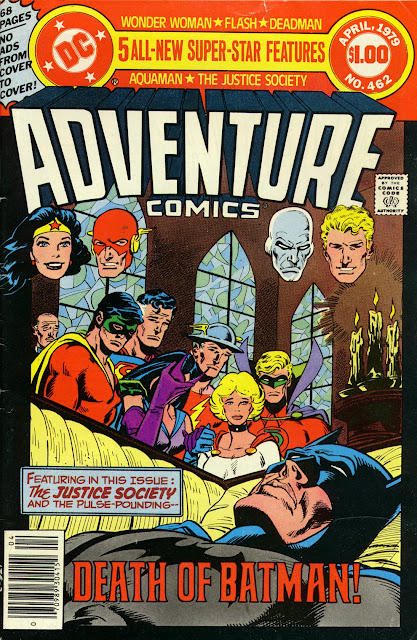 Here we are with a major important story in the history of DC--the death of the original Batman--and it's shunted off into what TBG columnist Cat Yronwode describes in the letters page as a "slush pile" comic. Ah, well. New editor Ross Andru, known best for his art on WONDER WOMAN and SPIDER-MAN, introduces himself as the new editor and crows about bringing in Don Heck and Jose Luis Garcia-Lopez to replace Irv Novick and Jim Aparo. 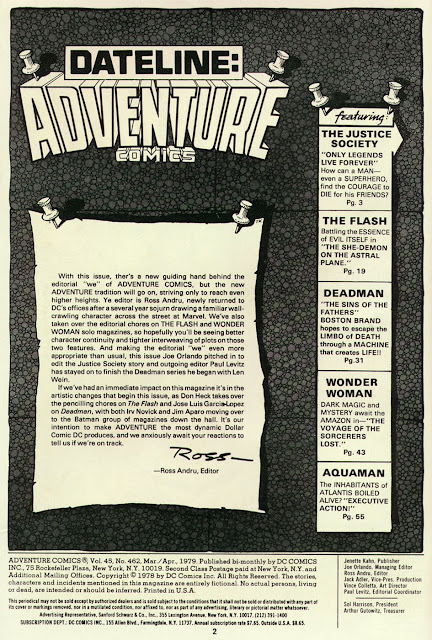 Seems like I read somewhere that this splash page would have been the cover if this story had, in fact, appeared as intended in ALL-STAR. It would have been a good one. Good story, good art, well handled all around. 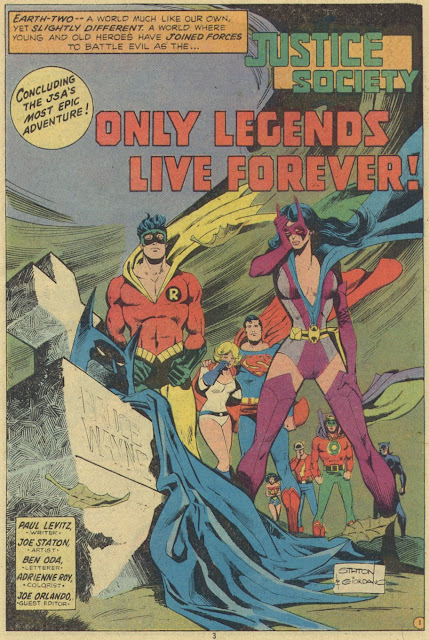 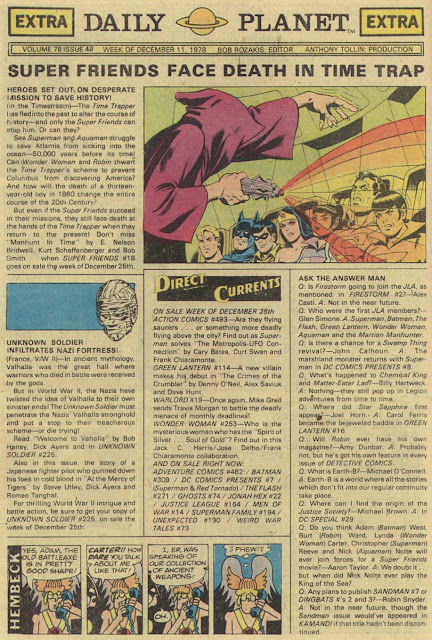 Some of Don Heck's best art of this latter-day period appeared here, inked by Joe Giella and on the Aquaman story, inked by my future Facebook pal, Bob Smith, later an Archie staple. 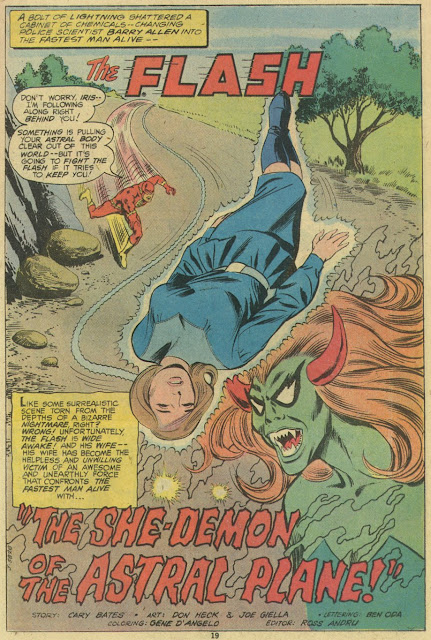 In spite of his longtime association with WONDER WOMAN, Ross seems to have not messed with this strip at all even though, to my mind, it was the one that most needed messing with! 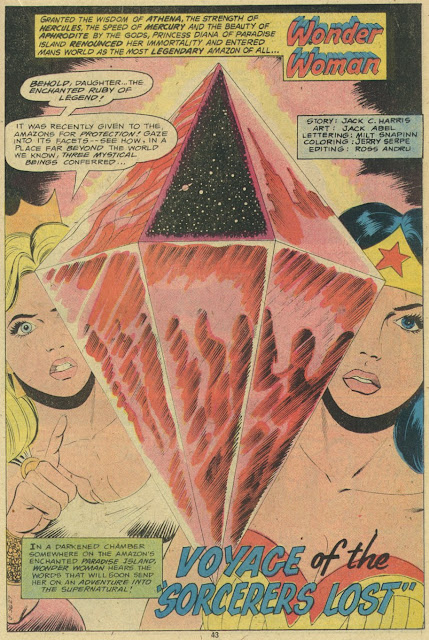 If anything, Garcia-Lpez was better than Aparo. A few years later it would be him to whom DC turned to illustrate Deadman's first proper mini-series. 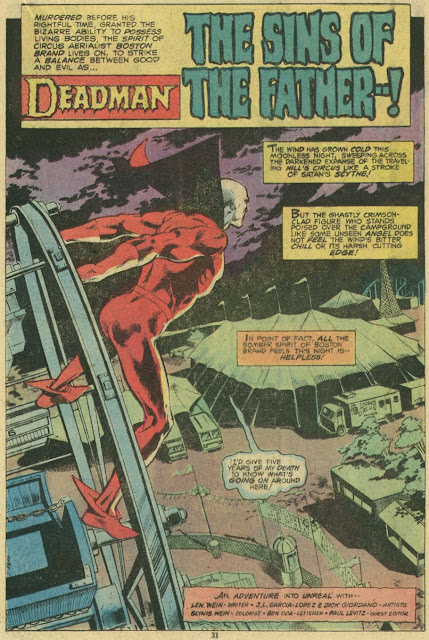 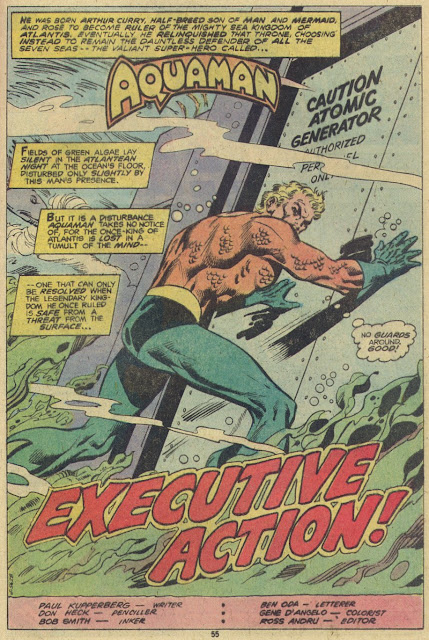 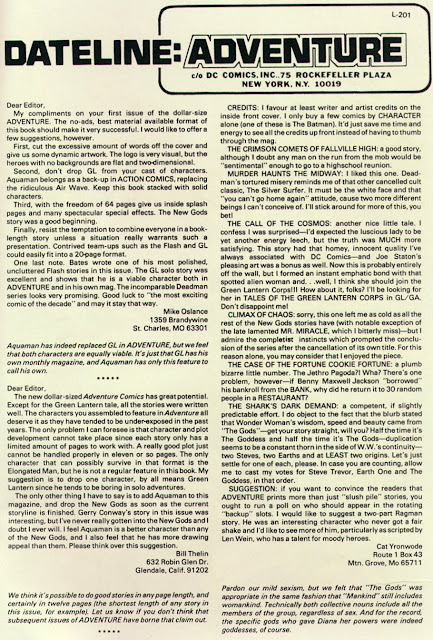 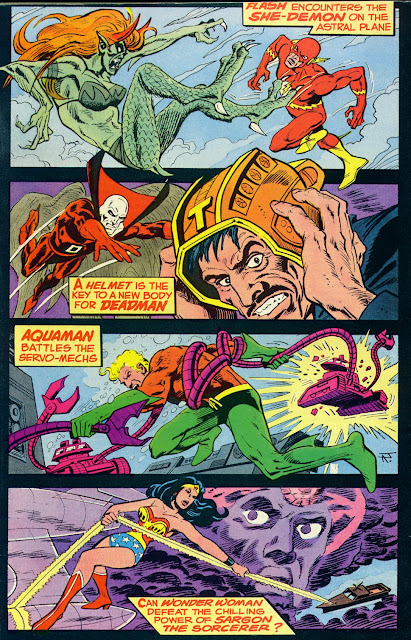