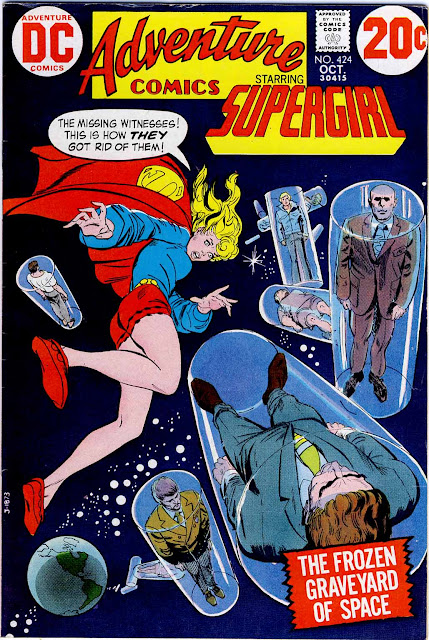 Here we are at Supergirl's last issue of ADVENTURE. Don't cry for her, though, as she gets her own title for the very first time. Zatanna even carries on as a back-up feature. Oddly, it doesn't last even a full year, though. She turns up here at least once more later on in ADVENTURE so keep your eyes peeled. 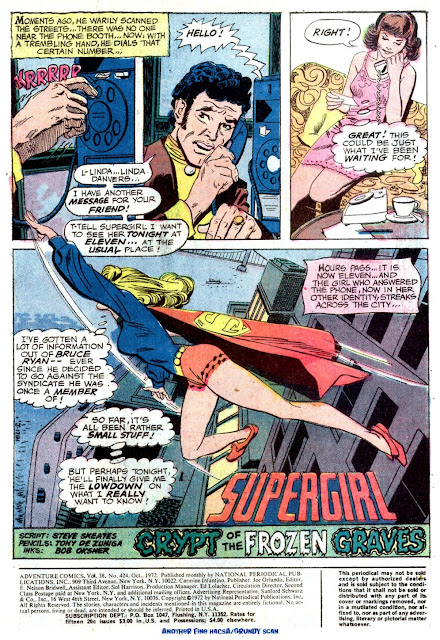 Probably another inventory piece for the failed sic-fi project from a few years earlier that ENB mentions on the letters page. Some quite impressive Don Heck art but the story's not much. 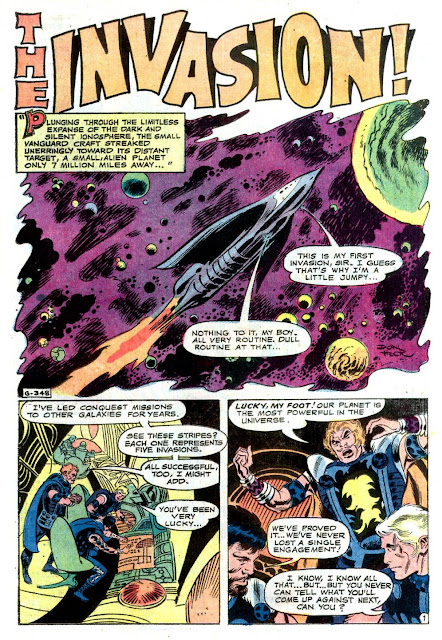 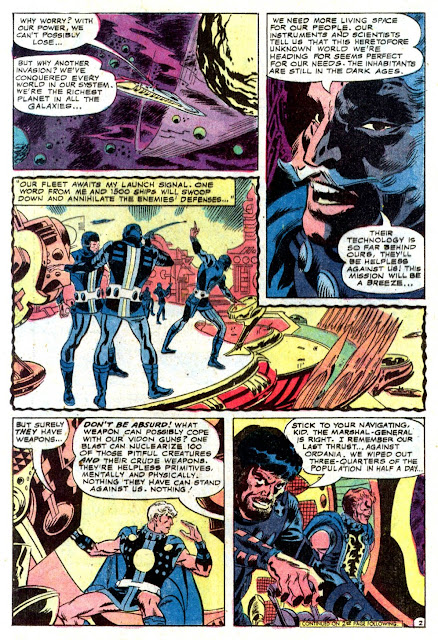 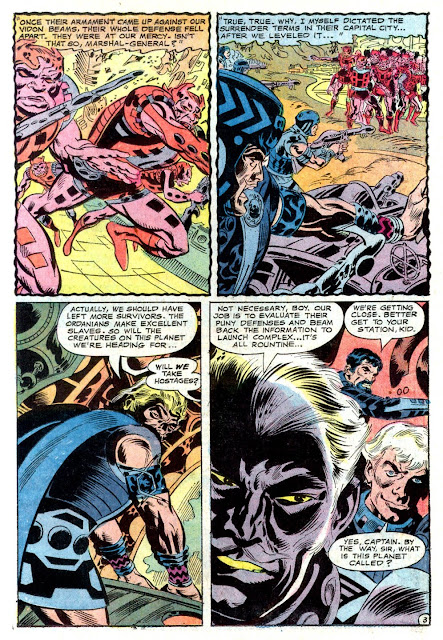 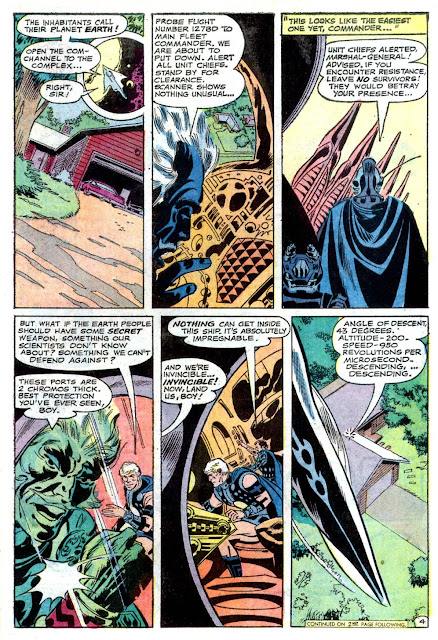 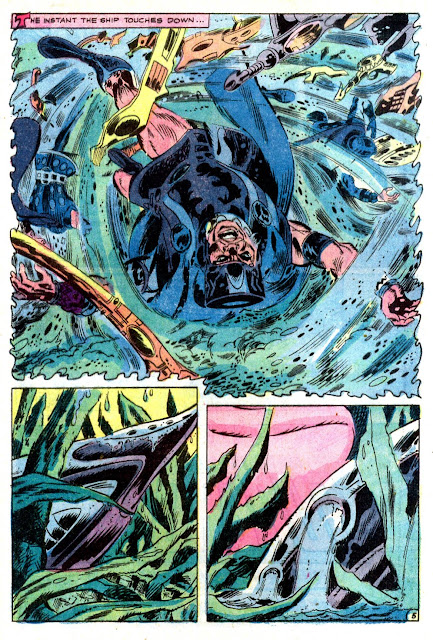 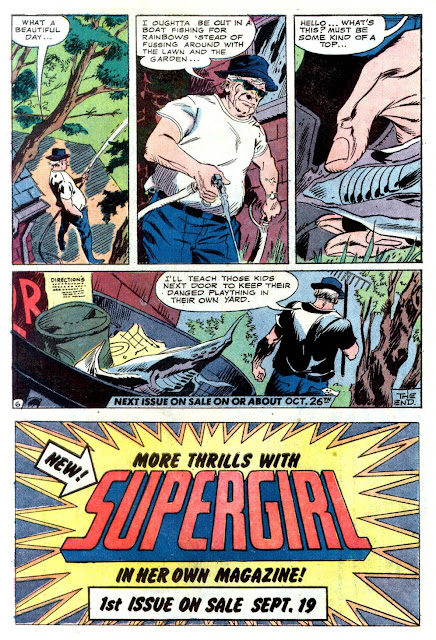 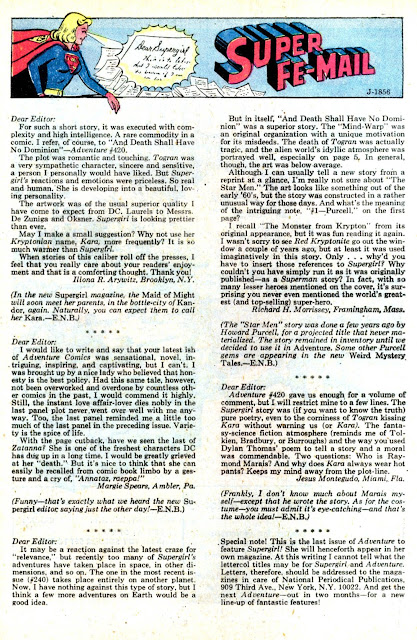 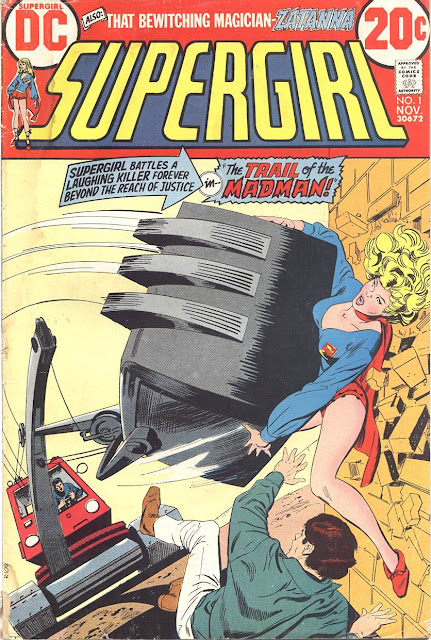