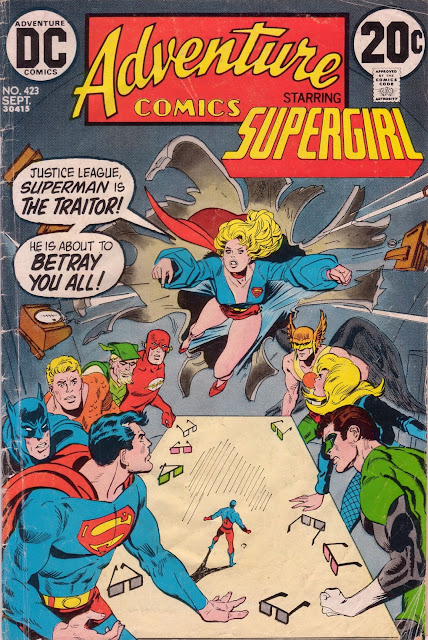 As announced in this issue's letters page, this issue marks Supergirl's penultimate appearance as the star of ADVENTURE COMICS. It also marks the last appearance of Mike Sekowsky as artist on the character. Since it guest-stars the JLA, which Mike drew regularly for its first eight years or so, it should theoretically be good. It wasn't. 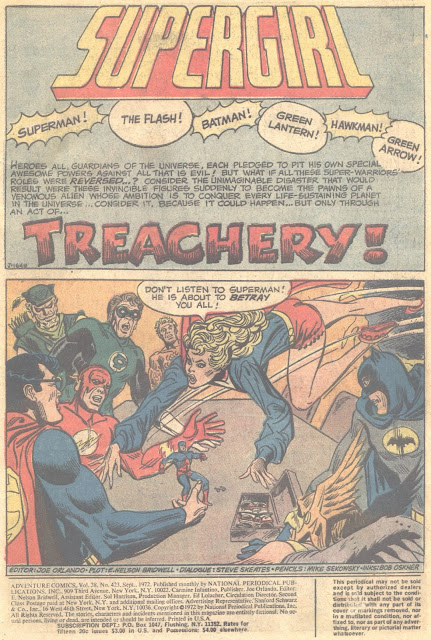 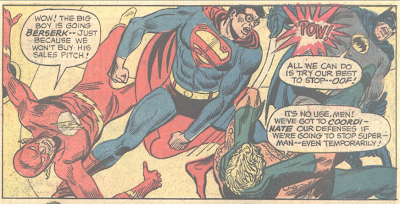 DC released a single issue of LAUREL AND HARDY in 1972 before a rights problem was brought to light. Ads for the second issue (with a cover by Sekowsky oddly enough) as well as the LAUREL AND HARDY DIGEST, seen below, appeared. Neither one was ever released. Since the digests were all reprint and the TARZAN DIGEST released at the same time featured Russ Manning stories previously published by Gold Key, it's presumed this, too, would have had reprints from L&H's Western Publishing run. 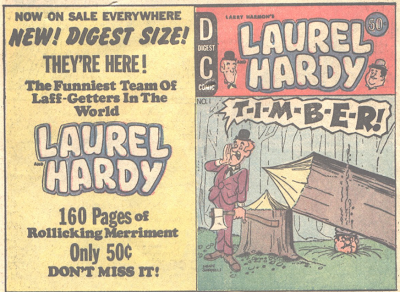 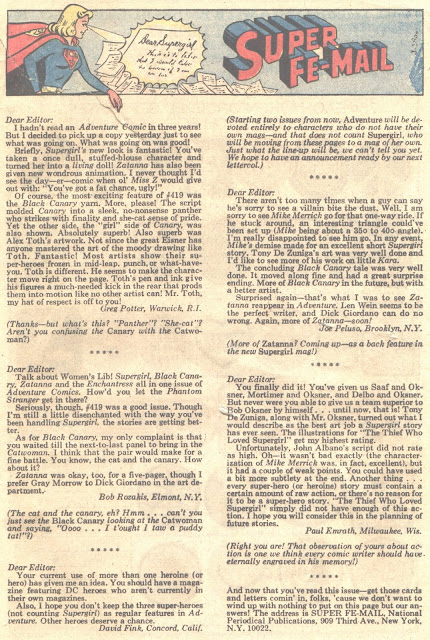