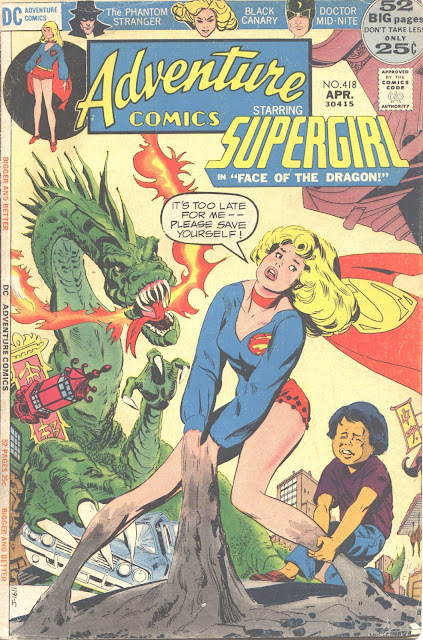 This issue brings private eye Jonny Double--co-created by the story's writer, Len Wein in a one-shot SHOWCASE a few years earlier--into Supergirl's continuity. The character would pop up from time to time ever after, even getting his own Vertigo mini-series at one point. 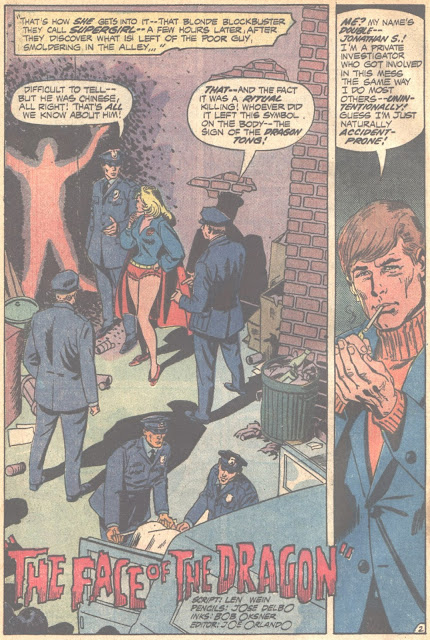 Not sure why we were getting Phantom Stranger reprints when the character had his own book where such things would seem more appropriate. 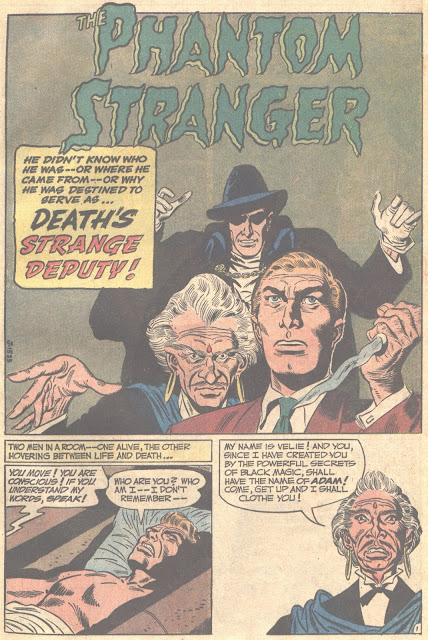 What makes this issue truly memorable, however, is this--the first modern Black Canary solo story and with the added bonus of extremely stylized art by Alex Toth! 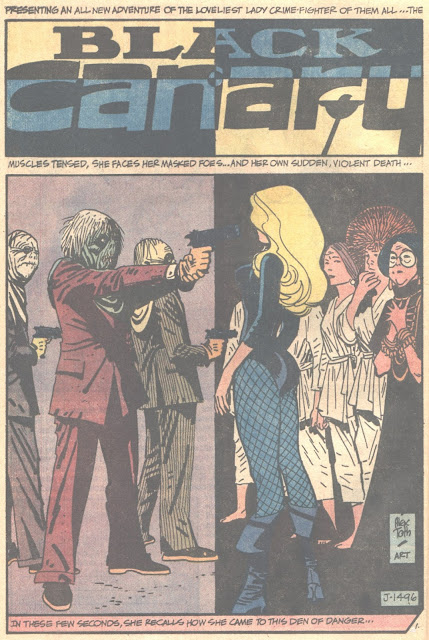 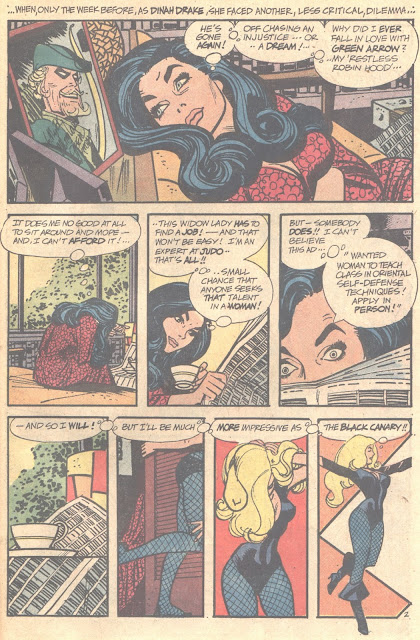 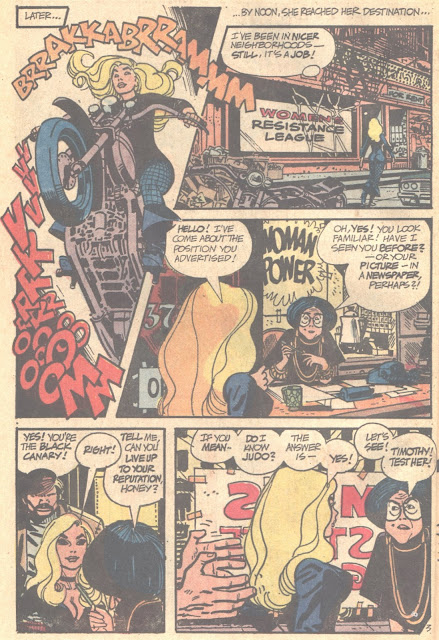 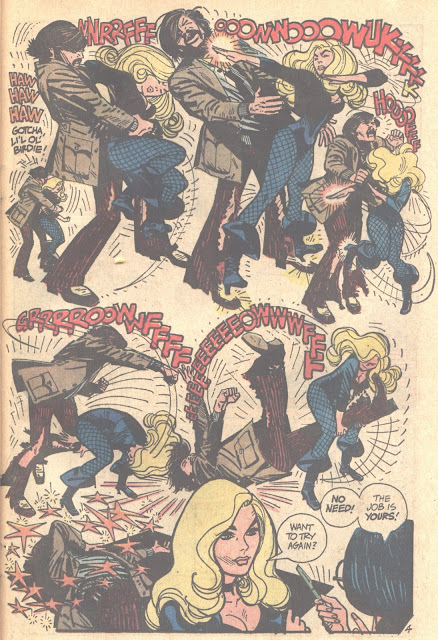 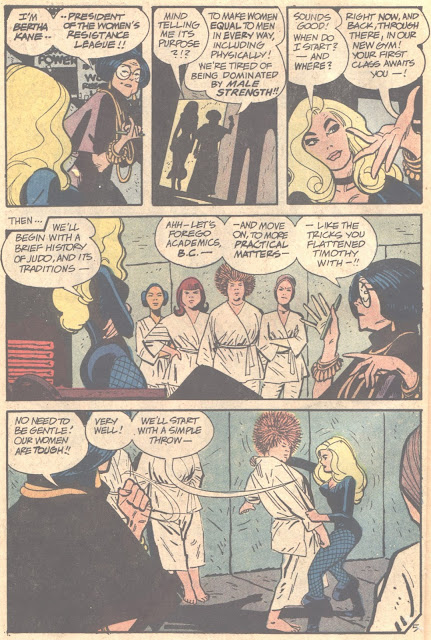 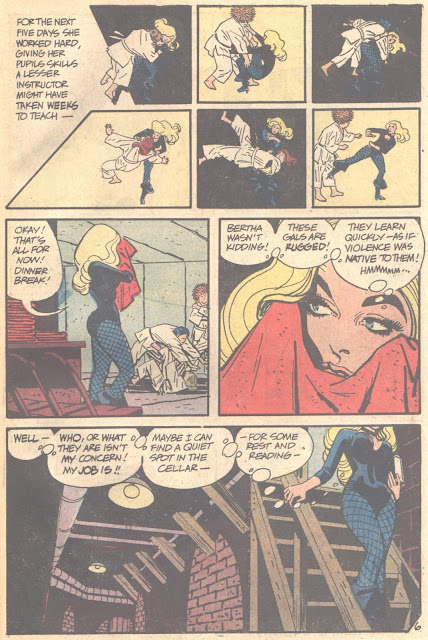 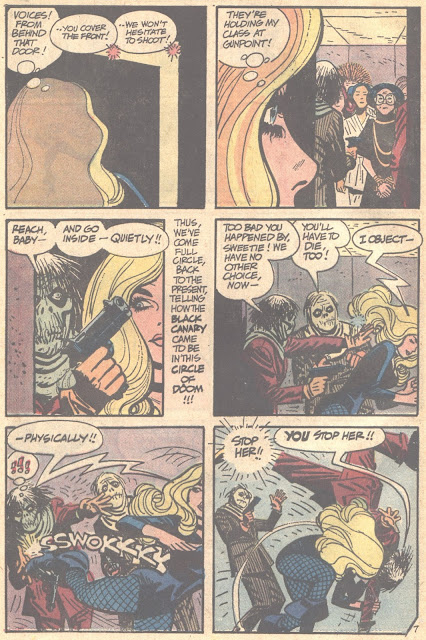 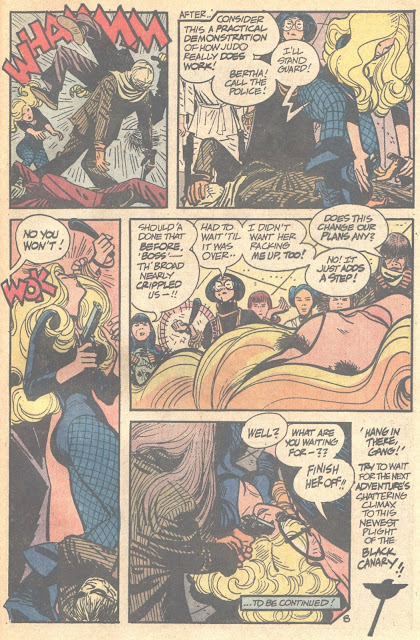 This was cool, and a harbinger of things to come. It's a Golden Age story that had been written and pencilled but uninked and unpublished. Newcomer Sal Amendola inked it and while DC wouldn't commit to a penciler, it was most likely Stan Asch, the regular penciler for the series at the time it originally ended. The combination is fascinating. 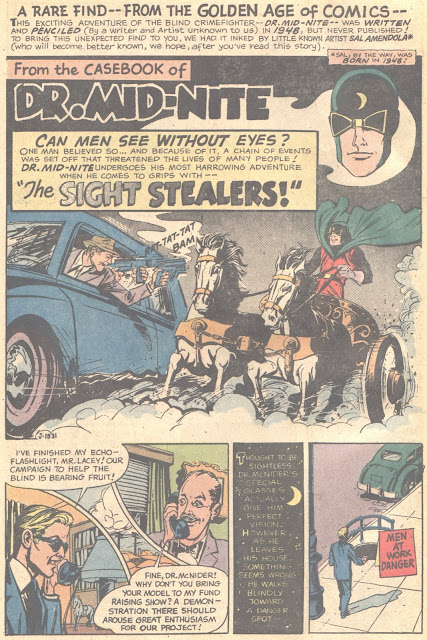 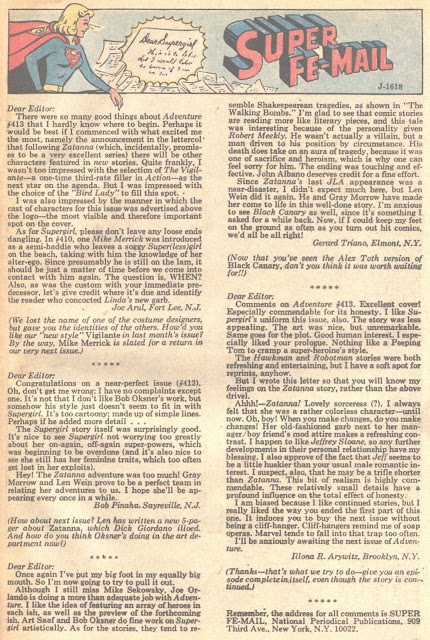 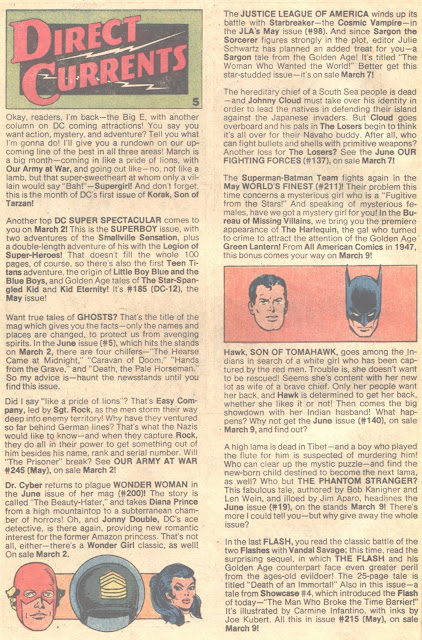 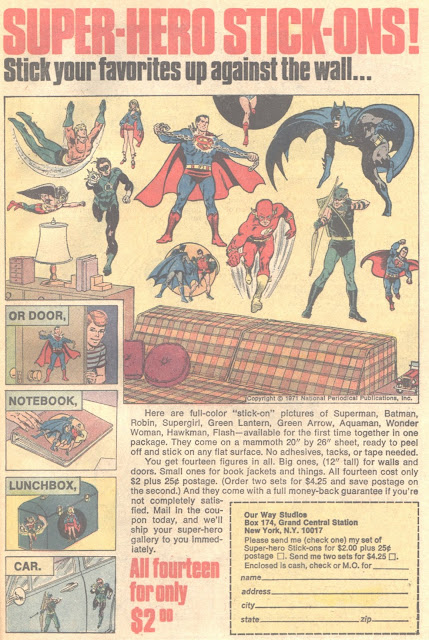 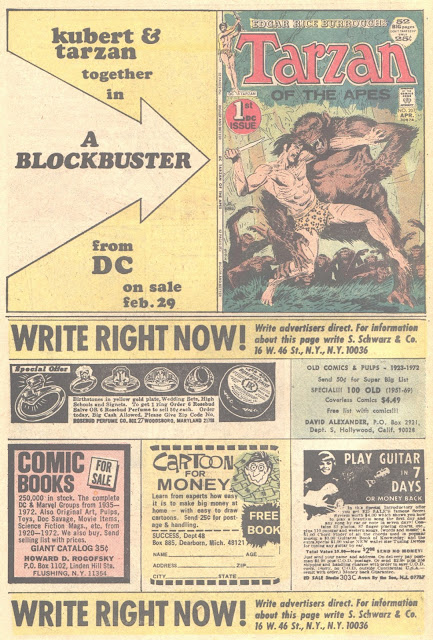